For 6.3 million per year, a joint venture will take care of the maintenance of Roquetas' parks and gardens.

This week, the Local Government Board of the City Council approved the anticipated award of the service of conserving and maintaining green spaces and trees within the municipality. 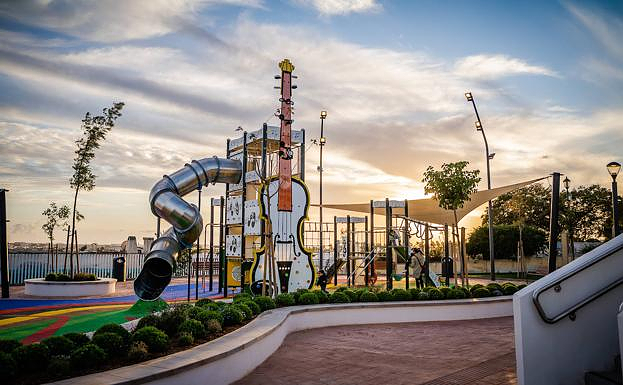 This week, the Local Government Board of the City Council approved the anticipated award of the service of conserving and maintaining green spaces and trees within the municipality. The Court of Contractual Resources of the Board has paralysed the process for several months, causing many problems. This led to the urgent hiring of almost a hundred gardeners through an Employment Exchange.

After the clearing of all blocks, the Jardines Roquetas joint-venture has been declared the winner of this contract. The amount is 6,330,265 Euros per year. This will result in more than 100 new jobs for the municipality.

It is currently unknown whether the 75 gardeners who were hired by the City Council last December will be part of the new concessions company.

The award of this service implies the final privatization of maintenance and conservation of the municipal gardens. This is a move that has sparked intense debates within the municipality. It also follows other similar contracts that have implied outsourcing of many municipal services previously provided by the City Council.

The award offer is divided into two parts according to the geographic area. It also includes an item for materials, supplies, and simple adaptations. The contract is for four years and can be extended each year up to five years.

The privatization will allow the City Council to take a major step in maintaining parks and gardens. This has been a source of many complaints and criticisms in recent years, particularly in the summer months when a large portion of the municipal gardeners' employees went on vacation, leaving behind images of abandoned gardens at various points. According to the announcement by the government team, the municipal gardeners will now be assigned to other tasks.

Gabriel Amat, Mayor of Roquetas De Mar, stressed the importance of this service. Its purpose is to protect all green spaces in the city. The first mayor stated that he wanted the city's parks, squares and avenues to look its best to visitors and neighbors.

Amat concluded that "the growth in Roquetas de Mar requires us to promote our green spaces, both from an environmental and landscape point of view, for all citizens."

‹ ›
Keywords:
EncargaraMantenimientoParquesJardinesRoquetasMillones
Your comment has been forwarded to the administrator for approval.×
Warning! Will constitute a criminal offense, illegal, threatening, offensive, insulting and swearing, derogatory, defamatory, vulgar, pornographic, indecent, personality rights, damaging or similar nature in the nature of all kinds of financial content, legal, criminal and administrative responsibility for the content of the sender member / members are belong.
Related News