“Unfortunately, something came out again” before a match, railed Parisian coach Christophe Galtier, who is aiming for qualification for the knockout stages of the Champions League on Tuesday against Maccabi Haifa (9:00 p. 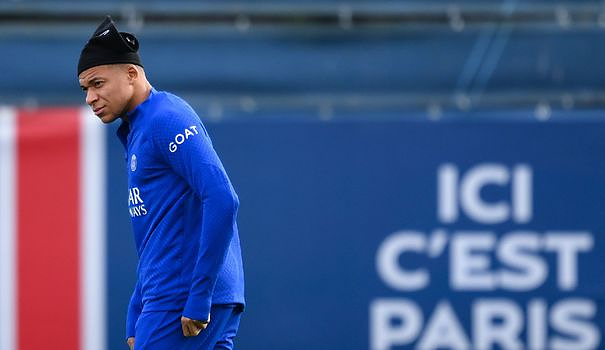 “Unfortunately, something came out again” before a match, railed Parisian coach Christophe Galtier, who is aiming for qualification for the knockout stages of the Champions League on Tuesday against Maccabi Haifa (9:00 p.m.).

"We will at least have the privilege of not being surprised tomorrow (Tuesday) morning when we get up. Well, I hope," he smiled, referring to the previous storm, already concerning Mbappé and his supposed desire to leave. , emerged the same afternoon of the previous match of C1, against Benfica (1-1).

But "it's extra-sporting, it doesn't concern me at all," insisted Galtier, who let the club firmly deny this press information.

Because five months after the extension with great fanfare of the contract of Mbappé (23 years), the club was overtaken by the wonderful figures mentioned Monday by Le Parisien: a contract of 630 million euros gross, or 282 million euros net , for the Bondy striker if he stays at PSG until 2025.

"The negotiations between PSG and the Mbappé clan led to an unprecedented contract. The contract of the century, the biggest ever signed in the history of sport", writes the newspaper.

The agreement, sealed in May between the 2018 world champion and the club owned by the Qatari fund QSI, concerns a two-year contract, until June 2024, with an option for a third year left to the discretion of the player, writes Le Parisien, citing "sources close to the file and concordant".

Added to this is a signing bonus of EUR 180 million gross, guaranteed and payable in three instalments, continues Le Parisien.

Finally, the daily mentions a "loyalty" bonus of increasing amount: 70 M EUR gross, then 80 M EUR gross and, in the event of exercise of the option for a third year of contract, 90 M EUR, sums that would not touch the player in case of departure. The latter himself assured in mid-October that he had "never asked (his) departure in January" in response to rumors about his possible desires elsewhere.

Contacted by AFP, Kylian Mbappé's entourage was not available to react to these figures.

- Highest paid player in the world -

If the sums mentioned by Le Parisien are proven, this amount would be higher than the already record contract signed at the time by Lionel Messi with FC Barcelona (2017-2021), which amounted to 555 million euros gross over four years. according to the Spanish daily El Mundo.

And that's not all for Mbappé: to this contract are added the annual revenues linked to the player's advertising contracts (Nike, Hublot, EA Sport, Dior, Oakley ...), estimated according to the American magazine Forbes at 18 million dollars (EUR 18.44 million).

Forbes has also recorded Mbappé's salary jump by ranking the striker as the highest paid football player in the world this season, ahead of Lionel Messi and Cristiano Ronaldo.

It remains to be seen the impact of Mbappé's XXL contract on Parisian finances: reduced over one year, the 210 M EUR salary would occupy more than a quarter of the annual budget of PSG, estimated at around 700 M EUR.

In 2020-2021, the club had suffered a loss of nearly 225 million euros over the season, according to the latest report from the DNCG, financial policeman of French football, but its wealthy Qatari shareholder has regularly filled the holes. PSG have also been sanctioned by UEFA for breaching Financial Fair Play accounting rules.