"Kheira Hamraoui will soon be made available to the coach" Gérard Prêcheur, PSG told AFP, confirming information from RMC and Le Parisien. 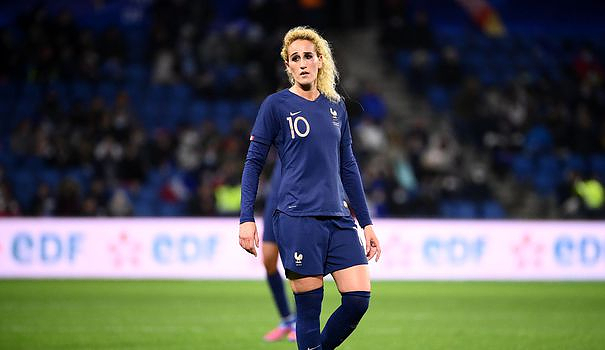 "Kheira Hamraoui will soon be made available to the coach" Gérard Prêcheur, PSG told AFP, confirming information from RMC and Le Parisien.

Hamraoui, under contract until 2023, had recourse to a bailiff last week to have her sporting sidelining noted, while she was training alone, on the sidelines of the group. In the entourage of the player, it is specified that this reinstatement was communicated from lawyer to lawyer.

This outcome comes with the end of the summer transfer window in women's D1 on Tuesday evening, at the end of which PSG did not find a way out for the experienced midfielder (32 years old), and on the eve of an important dam first leg of the Women's Champions League between PSG and the Swedish BK Häcken (8:30 p.m.).

It will however be necessary to see if the new coach of the Parisiennes Gérard Prêcheur will count on Hamraoui in the next matches. The technician had estimated, in a recent interview with the newspaper L'Equipe, that Hamraoui did not have "the profile in relation to (his) orientations and (his) game project".

Kheira Hamraoui lived a trying 2021-2022 season, in the wake of the violent attack she suffered in November 2021 against two masked men, armed with iron bars, in the presence of her ex-teammate Aminata Diallo, whose Parisian contract has not been extended.

After the outbreak of the affair, Hamraoui's relations deteriorated with part of the locker room, and in particular with the attackers Marie-Antoinette Katoto and Kadidiatou Diani.

Aminata Diallo, for her part, was indicted on Friday for "aggravated violence" and "criminal association", and placed in pre-trial detention, suspected of being the sponsor of the attack on Kheira Hamraoui, against a backdrop of sporting rivalry .