Foot: Benzema absent against Sevilla on Saturday due to a thigh problem

A "muscle fatigue in the quadriceps of the left leg was detected" during a medical examination passed by the French striker, crowned Ballon d'Or on Monday in Paris. 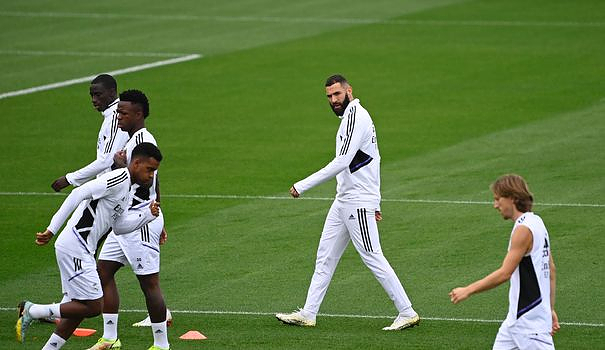 A "muscle fatigue in the quadriceps of the left leg was detected" during a medical examination passed by the French striker, crowned Ballon d'Or on Monday in Paris.

The Madrid club did not specify the duration of the absence of the French international, which comes less than a month before the World Cup in Qatar (November 20-December 18), adding that he is "waiting for the 'evolution' of the injury.

According to the Spanish press, the French had cut short a training session on Friday due to discomfort in one thigh.

Returning to Madrid at the end of the Ballon d'Or ceremony, Benzema scored a goal on Wednesday in the league victory against Elche (3-0).

At the start of the season, the striker had already missed a month of competition with a right thigh injury picked up during the Champions League game against Celtic Glasgow on September 6.

Karim Benzema became Monday, at 34, the first Frenchman to win the Ballon d'Or since Zinédine Zidane in 1998.