Flying planes thanks to hydrogen/CO2

Many initiatives are being taken to reduce vehicle emissions in urban and personal mobility. 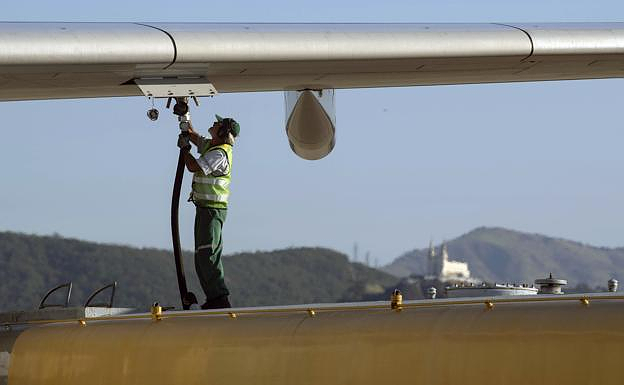 Many initiatives are being taken to reduce vehicle emissions in urban and personal mobility. They are primarily committed to using electricity as an alternate energy source. It is not possible to transport a truck of fruit and vegetables from south Spain to Germany using only batteries at this time. Other types of large transport, such as planes that fly transatlantically or freighters that transport thousands upon thousands of containers, are also not possible.

According to the European Environment Agency (EA), emissions from EU international air travel and shipping made up 3.4% and 3.7% of global greenhouse gas emissions in 2018. The world has more than 1.3 billion cars powered by internal combustion engines. This should be augmented by almost 22,000 aircraft, and 50,000 ships that electrification cannot replace.

The use of low-carbon liquid fuels or eco-fuels is one option to make heavy transport more sustainable. This technology, according to the Green Deal of Europe Union, is one of the key technologies that will help it achieve its goal of reducing transport's net emissions by 90% by 2050. These include synthetic fuels also known as "e-fuels".

Captured CO2 and renewable hydrogen are the raw materials used to make them. Electrolysis is a process that separates oxygen and hydrogen from water using photovoltaic or wind energy. Synthetic fuels can be considered sustainable because they are made from renewable electricity. Second, they release only the CO2 they have previously captured for their production. These fuels can be considered to have zero net emissions.

These synthetic fuels have the advantage of being compatible with existing combustion engines. They could be used to reduce CO2 emissions from both cars and trucks as well as ships, planes, and trucks. In this instance, e-fuels and other solutions such as advanced biofuels can be used to complement electrification as the vehicle fleet is being renewed and all necessary infrastructures for charging are built.

Dolores Cardenas is an Energy Transition and Mobility consultant at Repsol Technology Lab. She explains that synthetic fuels are chemically identical to gasoline, diesel, or aviation kerosene. Therefore, they can be used in existing engines without any modifications. . They could be used immediately, taking advantage the infrastructures we have right now to distribute traditional fuels.

Spain can play an important role in producing e-fuels, which will provide a solution to vehicles and other means of transport over the next decades. The areas that have a lot of sunlight and wind are able to produce large amounts of renewable energy. These areas are ideal for producing renewable hydrogen and its derivatives.

Bilbao is the site of the first Spanish project to make synthetic fuels. Repsol is currently building one of Europe's largest specialty plants. It will make use of renewable hydrogen from electrolysis and CO2 that has been captured at the Petronor refinery. This refinery is one of few Europeans that integrates processes to capture and use this gas.

Spain is in a unique position to lead the process of decarbonizing mobility. Dolores Cardenas says that because of its technological capabilities and geographical location, it can produce all the new energies we are looking into for mobility. She is confident that the country can host this new, sustainable industry.

Since long, the European Union has promoted the development of low-carbon liquid fuels. They are aware that they, along with electrification and other options, can help reduce CO2 emissions from motor vehicles. These include synthetic fuels as well as a new generation biofuels, which are the most advanced.

These biofuels are made from biological waste, such as agricultural, agri-food, forest cleaning, maintenance work, and most importantly, organic parts of solid urban waste. The use of this fuel can reduce the vehicle's CO2 emissions by more than 65% and even achieve zero net emissions.

They are compatible with existing thermal engines and can therefore be used in normal cars, trucks, airplanes, and boats. In 2023, the Repsol refinery at Cartagena will become Spain's first advanced biofuel plant. It will be able to produce 250,000 tonnes of hydrobiodiesel and biojet from different waste types; it will also reduce 900,000. tons CO2 annually.

Advanced biofuels may also be able to boost the circular economy. According to Afabior, they can prevent 30% of waste from ending-up in landfills. Dolores Cardenas explained that "using waste as a raw material for biofuels eliminates an important problem. They don't have to go to landfill. Instead, they can be used to make something useful for society, and help us move towards the circular economy."

‹ ›
Keywords:
AvionEnchufableNuevoRetoCombustiblesSostenibles
Your comment has been forwarded to the administrator for approval.×
Warning! Will constitute a criminal offense, illegal, threatening, offensive, insulting and swearing, derogatory, defamatory, vulgar, pornographic, indecent, personality rights, damaging or similar nature in the nature of all kinds of financial content, legal, criminal and administrative responsibility for the content of the sender member / members are belong.
Related News