The US state of Florida is preparing for the dangerous hurricane "Ian", which has already caused great destruction in Cuba. 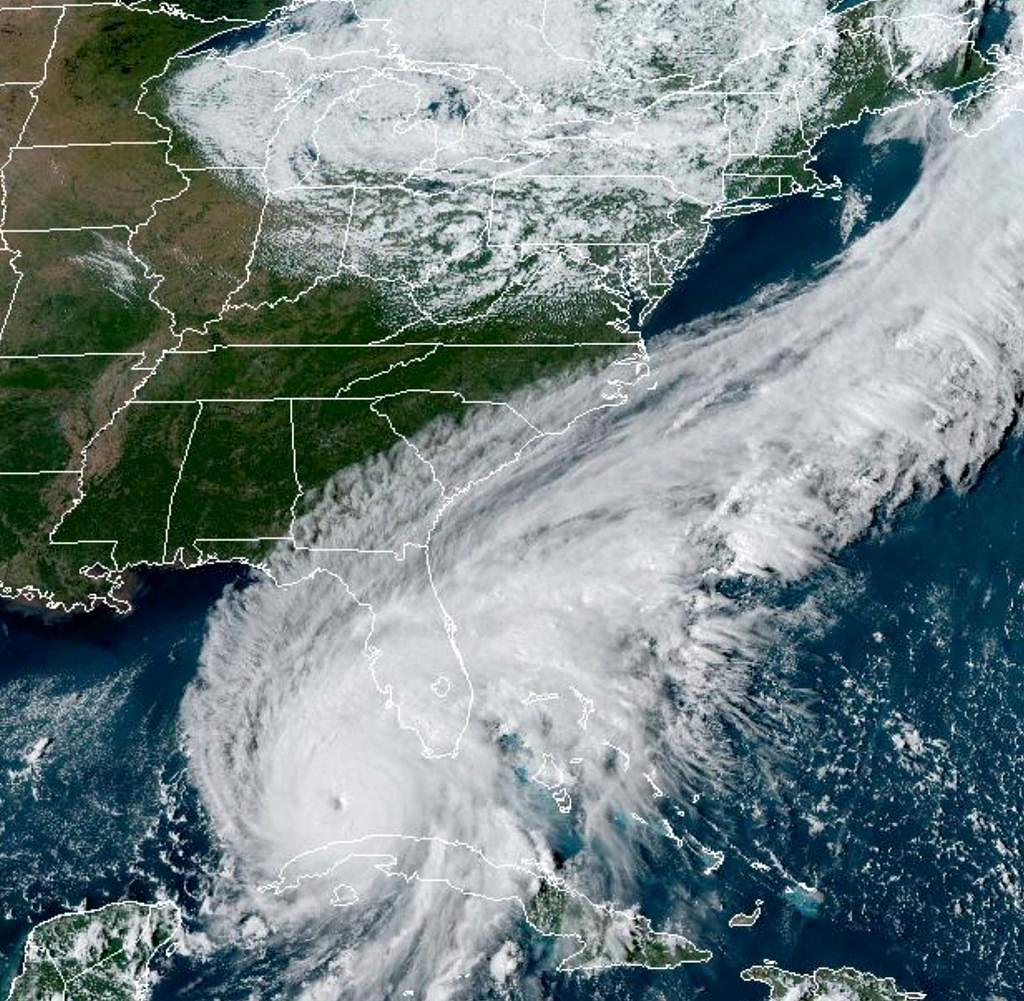 The US state of Florida is preparing for the dangerous hurricane "Ian", which has already caused great destruction in Cuba. "Predictions can change, but for now, experts are saying this could be a very severe hurricane, life-threatening and with devastating effects," US President Joe Biden said on Tuesday (local time).

The US hurricane center warned of a life-threatening storm surge and hurricane gusts on the west coast of Florida. Evacuation instructions applied to 2.5 million people – numerous people fled to safety. "Ian" is expected to hit land on Wednesday evening (local time).

The cyclone made its way toward the Florida coast on Tuesday evening (local time) as a Category 3 of 5 hurricane. Meteorologists warned that "Ian" will gain strength over the warm Gulf of Mexico and could reach sustained winds of more than 200 kilometers per hour. The hurricane is expected to weaken before making landfall south of the city of Tampa, Florida Gov. Ron DeSantis said. But because it then moves at a "snail's pace", a lot of rain will fall in the coastal region.

DeSantis called on people to protect themselves. No one should assume that things will turn out lightly again this time, because that has often been the case in the past. Houses can be rebuilt, but personal safety comes first. "You still have some time, but that time is running out fast," DeSantis said.

The region expected to be affected by the storm has not experienced such a hurricane for around 100 years, warned Deanne Criswell of the American Disaster Management Agency Fema. It's important that even people who haven't lived in the southeastern state long and have little experience with hurricanes take the matter seriously. Experts are also worried that in the past few decades, construction in the region has been getting closer and closer to the water. Floods could damage or destroy many buildings. Flooding and tornadoes are also to be expected in the interior of the country, the weather service said.

The US Department of Defense said more than 3,200 members of the Florida National Guard have been activated, with another 1,800 standing by if needed. Florida has positioned soldiers, air force personnel and equipment at bases across the state in preparation for deployment to storm-hit areas, a department spokesman said in Washington. For example, the National Guard can clear streets and help with search and rescue operations.

Disney announced that it would be closing its Orlando theme parks and water parks on Wednesday and Thursday as a precaution. Other recreational facilities, numerous shops, and schools in Florida should also remain closed. In the capital, Washington, Ian also messed up the political schedule. A public hearing by the investigative committee into the Capitol attack scheduled for Wednesday has been postponed.

The US hurricane center warned of heavy rain in Florida up to and including Thursday – then “Ian” should then move further north – albeit with much less strength. But flooding must also be expected in the neighboring state of Georgia.

"Ian" had previously caused major damage in Cuba and hit land with wind speeds of up to 205 kilometers per hour. Because of large-scale power failures and disruptions to Internet access and telephone connections, information from the areas particularly affected only gradually reached the public.

From the southern Cuban island of Isla de la Juventud, the Communist Party newspaper "Granma" reported a total power failure and collapsed and covered houses. There was initially no official information about possible deaths. The state power company sent hundreds of technicians to the affected provinces to repair aging infrastructure. In the provincial capital, Pinar del Río, President Miguel Díaz-Canel saw the damage for himself. "We will recover, you can be sure," his Twitter account quoted him as saying.

There were also power and water cuts in the capital, Havana, and trees fell. Some houses collapsed, as "Granma" reported. Thousands of people had to get to safety from the aftermath of the storm – the majority of them stayed with family or friends. "Granma" warned, citing the weather service for the night (local time) and Wednesday, of possible flooding from waves up to three meters high on Havana's coast.

Extreme weather is also currently causing major damage in Southeast Asia. In Vietnam, hundreds of thousands of people were brought to safety before tropical storm Noru, and ten airports were closed. There were power outages. Heavy downpours fell in the affected regions on Tuesday, even before "Noru" even hit land. Vietnamese media reported that it is expected to be one of the most violent typhoons to hit the country in the past two decades. "Noru" had previously raged in the Philippines at up to 240 kilometers per hour from Sunday. Many areas are flooded, several people died.

‹ ›
Keywords:
NewsteamHurrikaneTuesdayJoe BidenKubaAPWashingtonReiseSüdostasienBundesstaat GeorgiaFloridaDisney WorldVietnamHavannaPhilippinenArtemisaGulfportGranmaHurrikanGolf Von Mexiko
Your comment has been forwarded to the administrator for approval.×
Warning! Will constitute a criminal offense, illegal, threatening, offensive, insulting and swearing, derogatory, defamatory, vulgar, pornographic, indecent, personality rights, damaging or similar nature in the nature of all kinds of financial content, legal, criminal and administrative responsibility for the content of the sender member / members are belong.
Related News