Flick and Nagelsmann are not only separated by decades 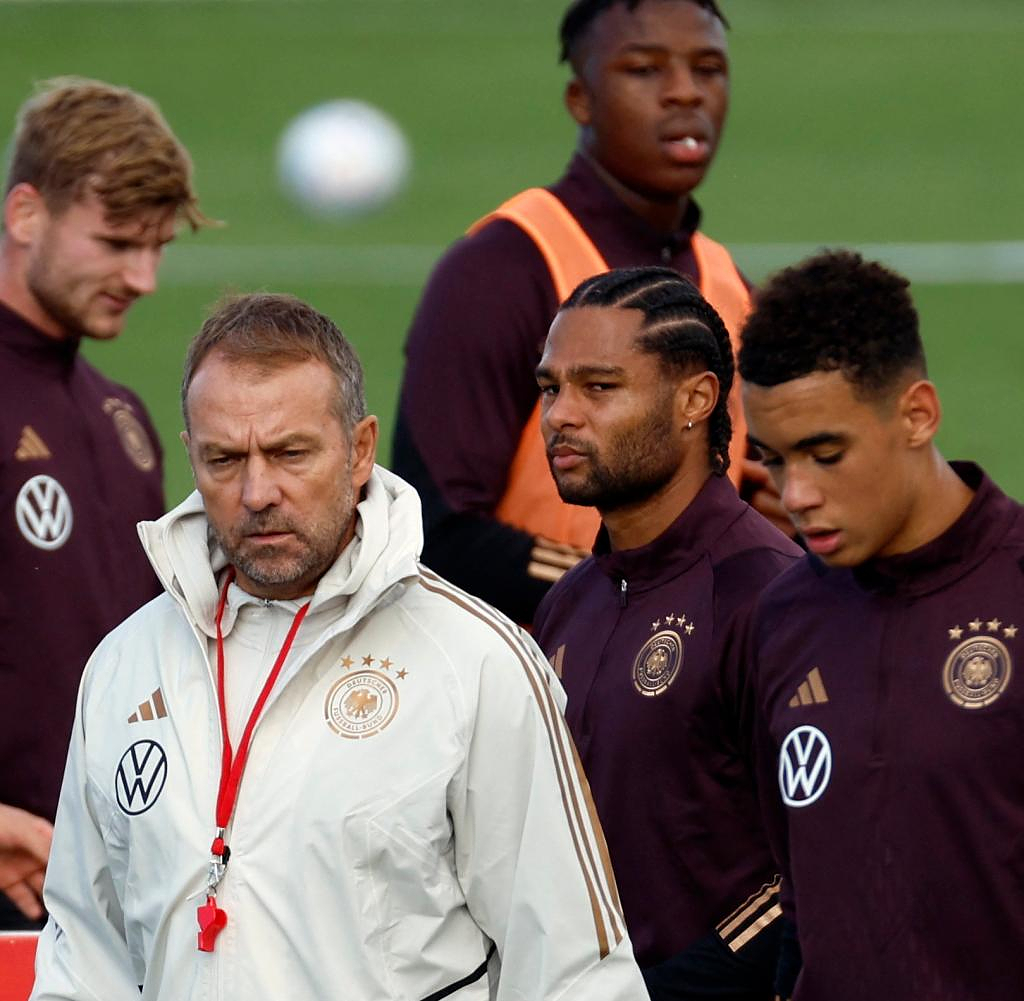 So currywurst. Someone once said that they don't solve any problems, but neither does an apple. In any case, the players of the German national team served them with devotion. Something else. First the first training for the World Cup dress rehearsal in the Nations League, then the bite for the DFB employees. The new training campus of the association in Frankfurt could not have been inaugurated by the national team in a more typical German way, with a campfire of the nation, everyone around and fed up, something like that.

Everything could have been so nice and lighthearted if everything had gone according to plan. But it isn't beforehand. Because at the weekend Bayern lost after three games without a win at FC Augsburg, it is the longest series without a win in over 20 years and accordingly the house blessing in Munich is crooked. Things are bubbling up at the record champions, and if they rumble there, then of course it resonates, shortly afterwards there will be a round of international matches. The Bavarian delegation makes up a significant part of the DFB team. The Munich team has seven players. Under normal circumstances, four, maybe even five, should be the national coach's preferred choice for the starting eleven.

Hansi Flick, however, is suddenly dealing with a delegation that usually came with their heads held high and in good spirits, but now presented with a dose of doubt and not in the best of moods. Overshadowed by teams like league leaders Union Berlin, Dortmund, who are currently only capable of moderate performances, left behind by Freiburg in third place and the Elf from Hoffenheim, who pushed FC Bayern to fifth place. There are better constellations for a national coach than Bayern being exposed two months before the start of a World Cup.

"I'm brutally annoyed, precisely because the draw and the defeat weren't necessary," said Munich midfielder Joshua Kimmich on Tuesday: "We had a number of chances and today in the training game it was again - we had one or the other chance , then you end up losing again because you don't do the things up front. You have that in the back of your mind, of course. And of course you prefer to join the national team when you have two or three victories behind you. At the end of the day, it's all about results. They give you self-confidence, self-assurance, a certain self-image.”

Flick himself, at least that's what he says, is not yet worried about FC Bayern's current crisis with a view to the tournament in Qatar starting on November 20th. "Bayern played outstandingly at the beginning of the season. After the third day of play, everyone thought other teams didn't stand a chance," the 57-year-old told the "FAZ": "Now they're in a bit of a weak phase. But they always create chances and that makes me very positive.”

He continues to recognize an "enormous quality" and "special attitude" among the players. He also thinks Julian Nagelsmann is an “excellent coach. I'm a fan of the way he lets the team play football, regardless of recent results.” This offensive playing system without real nines is also similar to that of the national team. "It could be a little help that the players around play in the positions they probably play with us," said Flick, looking at the Munich internationals Leroy Sané, Serge Gnabry, Thomas Müller and Jamal Musiala.

The problem for Bayern, and thus possibly also for Flick, seems to be how seriously they still take national tasks. Internationally they can be seen, Inter Milan and FC Barcelona say hello. But there is a lack of concentration, focus and greed in the league, sports director Hasan Salihamidzic recently complained. In recent years, the Bundesliga has always been something of a better training session for Bayern to be able to push themselves to the limit during the freestyle in Paris, Madrid or London. But if you are now sloppy in league training, you might not be well prepared for international matches. That's the assumption. Not to mention the frustration factor.

Flick could get a first glimpse on Friday of whether the effects will be far-reaching if the national team and their Bayern block have to prove themselves against Hungary in the Nations League group game in Leipzig. But no later than next Monday, because that's when the real showdown will take place in London against Vice European Champion England. If you can convince there, the club crisis cannot harm you, so the calculation. After all, the national team's training session on Tuesday got down to business. Müller, for example, drove Musiala properly into the parade, so that he had to be accompanied into the changing room by the team doctor and could later be seen with a bandaged shin in the Frankfurt team hotel. But it was only a superficial wound that needed attention. "It's okay," he said in passing.

It is also quite possible that Flick himself will make everything okay again. Because the national coach was still a Bayern coach not too long ago. In the minds of the Munich players, he is one of the guarantors of the most remarkable success story in the club's recent history, with the triumph in the Champions League as the crowning glory. That earned him a lot of respect and credit among Bayern players. And he is primarily an alternative to his successor as a coach in Munich. The 57-year-old Flick and the 35-year-old Julian Nagelsmann are not only separated by decades of coaching, but in particular by their approaches.

"If he does what he did with Bayern, he's welcome to do it again," said DFB director Oliver Bierhoff. Although he attested to the Munich players that they seemed "trustworthy", he also said: "In the past, the time with the national team was often a break from home for some players. Sometimes that helps to get out of the club's everyday life, ideally to gain trust and then get back on board.

In any case, the "Kicker" headlined on Monday that Nagelsmann was "still a trainee as a Bayern coach". According to the specialist magazine, he should “preferably concentrate on his original tasks as a football coach. The coaching zone is not a catwalk, show coaching does not reach the players". Flick's competence, on the other hand, is not in doubt. And as Bayern coach then as now as national coach, he is a communicator, people catcher and player understander in one person. In times of crisis, this should go down well with the players. If the talks need to be deepened, one or the other will have the opportunity to do so on Thursday. For almost four hours. The national team does not travel by plane, as is usually the case, but by train from Frankfurt to the venue in Leipzig.