Flash, transmit, speak hands-free – the new bicycle helmets can do all of that

More and more people are putting one on: Although helmets are not compulsory for cyclists in Germany, more helmets are being worn than ever before. 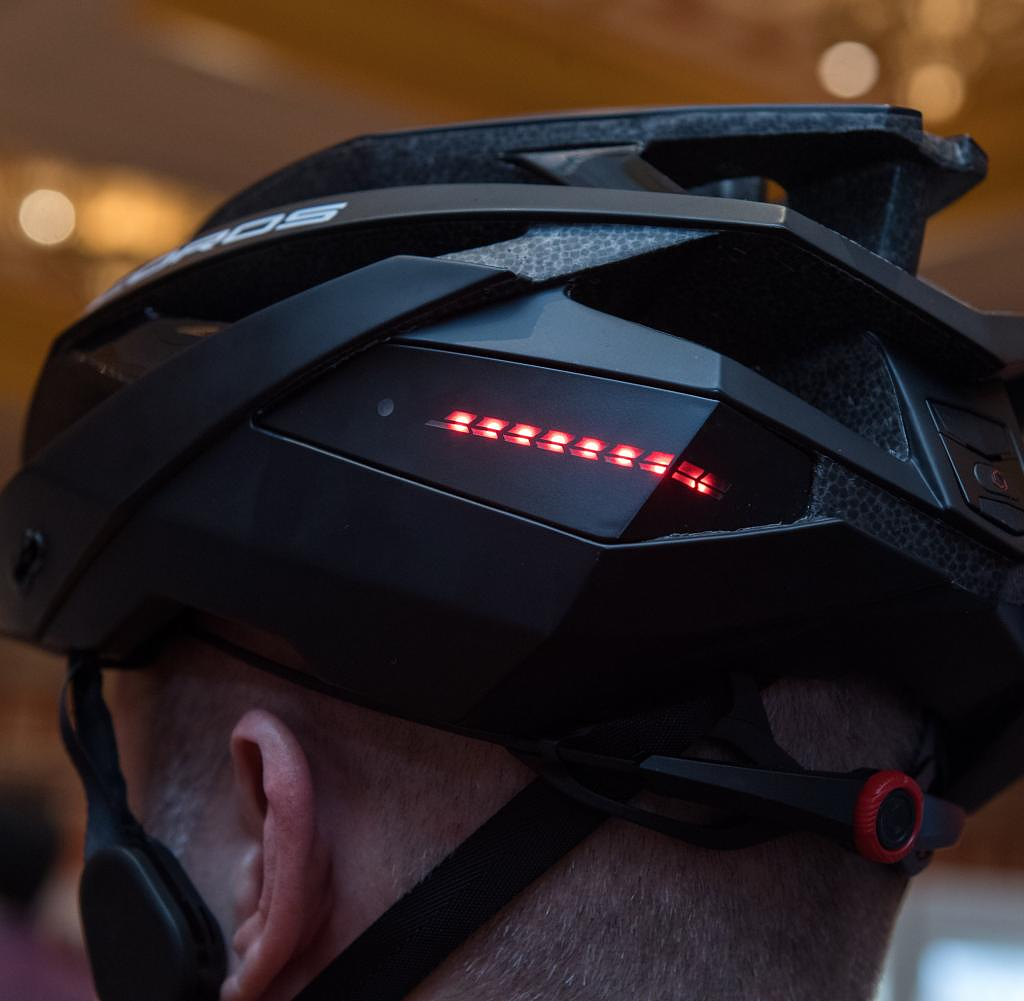 More and more people are putting one on: Although helmets are not compulsory for cyclists in Germany, more helmets are being worn than ever before. In 2021, almost every third cyclist was wearing head protection - this was the result of a survey by the Federal Highway Research Institute (BaSt).

This continued the trend of recent years. Since 2016, the helmet-wearing rate among cyclists has risen from 17 percent back then to almost 32 percent now. A safe development. Helmets can provide effective protection against serious head injuries. However, in the end they only protect the head.

The helmet could make cyclists more reckless: "Keyword risk compensation - you feel protected by your helmet, jostle through the city like a hara-kiri driver and so to a certain extent cancel the protective effect again," says René Filippek from the General German Bicycle Club (ADFC). . It is therefore generally good and important to wear a helmet. But this does not protect against everything.

In Germany, all helmets must meet minimum standards. They do that if they bear a CE mark and have been tested according to the "DIN EM 1078" standard. However, laypeople find it difficult to judge how good a bicycle helmet really is, says Filippek. He suggests dealing with tests like those of the Stiftung Warentest. The ADAC has also tested various bicycle helmets.

When buying one, you should mainly make sure that the helmet fits well, explains the expert. "If you shake your head, the helmet should stay in place." The easiest way to ensure this is to buy from a local specialist shop.

Also because you cannot rely on a certain size to always fit. The manufacturers all have their own philosophy when it comes to the design of the bowl. "That's why one size can fit me really well with one manufacturer and not at all with another," he says.

According to Filippek, a higher price for bicycle helmets mainly means one thing: more comfort. In the higher price ranges it is easier to find a helmet with a good fit. In addition, the more expensive the helmet, the lighter and better ventilated it is.

This is particularly relevant in the sporting area: "In the summer, when I'm slowly driving uphill somewhere, it gets blazing hot under the helmet - that's why I need good ventilation there," says Filippek. According to Thomas Geisler from Pressedienst-Fahrrad (pd-f), an expensive helmet can also be worthwhile: "A racing bike helmet for 200 euros is so light that you don't even feel it anymore".

In addition, there are also technical developments in the higher price segments that provide more security. For example the Mips system (example from Alpina via Amazon*). A plastic shell is attached to the inside of the helmet. This can move independently of the outer shell. This is intended to absorb rotational forces that act on the brain during an impact.

Additional systems such as airbag backpacks and soft protectors* can also be useful for sports, for example downhill on a mountain bike. "These protectors are quite small and elastic and can also be easily carried in a backpack when riding uphill," says Geisler. If you then fall, you are definitely better protected.

However, such airbag backpacks are less practical for everyday driving in the city, explains Filippek. He fears that people would find it rather annoying to put on an additional backpack just for the airbag.

When cycling in town, there are also different preferences when it comes to the shape of the helmet: "Covered, i.e. more like a moped than a Tour de France look," says Filippek. Among these helmets, the ones to be recommended are those that reach far down the neck because they protect the sensitive lower area of ​​the back of the head.

Anyone who has ever fallen with their helmet should definitely replace it, says Thomas Geisler: "Even if it is not clearly broken, there can be small cracks in the helmet". But even those who remain accident-free should get a new helmet after a certain time. To be precise: after five years, that's what most manufacturers recommend.

Important in order not to shorten the life of the helmet: never leave it in the sun. "The UV radiation attacks the material and can damage the helmet," says Geisler.

There is also a helmet that isn't one at all. The Hövding from Sweden is worn as a collar around the neck. In the event of an accident, the airbag in the collar deploys and protects the head and neck. A helmet test in France voted it the safest helmet in the world. The very good protective effect of the Hövding was also confirmed in a test by the ADAC in 2022.

The prerequisite, however, is that the airbag collar is also triggered. According to the ADAC, this is “not guaranteed in every situation, such as a blunt impact without the cyclist rotating”.

According to the manufacturer, the Hövding is only suitable for road use. This is because branches or stones could push through the airbag off-road, according to Geisler.

The comfort of the Hövding is also a matter of taste. René Filippek finds it rather uncomfortable to put the heavy collar around your shoulder. But it might be worth it for others if they have a clear head for it.

But the biggest disadvantage for him is the price. At around 300 euros (seen on Amazon*), the Hövding is not for small purses. And of course it also has to be renewed after an accident.

However, the Hövding is not the only exceptional “helmet”. There are now helmets with indicators*, hands-free kits, ways to radio each other while cycling and so on.

Some of these features are really practical, says Thomas Geißler: "Recently an elderly man told me that he uses the radio in his bicycle helmet to communicate with his wife when they are too far apart".

And a blinker on the helmet is an additional way to be seen in city traffic - mainly when the view of the bike itself is blocked by other cars.

*This text contains affiliate links. This means: If you make a purchase using the links marked with an asterisk, WELT will receive a small commission. You can find our standards of transparency and journalistic independence at axelspringer.de/independence.

‹ ›
Keywords:
FahrradfahrerRadfahrerEBikesHelmeFahrradunfälle
Your comment has been forwarded to the administrator for approval.×
Warning! Will constitute a criminal offense, illegal, threatening, offensive, insulting and swearing, derogatory, defamatory, vulgar, pornographic, indecent, personality rights, damaging or similar nature in the nature of all kinds of financial content, legal, criminal and administrative responsibility for the content of the sender member / members are belong.
Related News