Heavy rainfall is common in the center and south of the country in late spring and early summer. 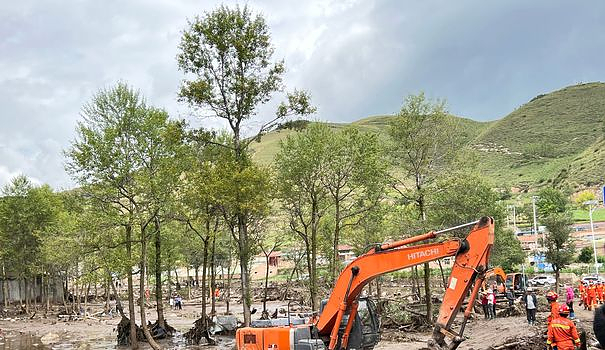 Heavy rainfall is common in the center and south of the country in late spring and early summer.

But China is facing extreme weather conditions this year, consequences of global warming according to scientists.

These bad weather caused mudslides in a mountainous area and diverted the course of a river, local authorities announced on Thursday.

The sudden rise in the waters killed at least 16 people, according to the latest report released at midday by public television CCTV.

At least 18 people were also missing.

The channel showed rescue workers in orange coveralls navigating mud amid rocks, debris and uprooted trees. Dwellings are visible nearby.

Rescuers are mobilized in Datong County, which depends on Xining, a city located some 1,300 kilometers west of Beijing.

At the other end of the country, the authorities warned of possible heavy rains on Thursday, in particular in Beijing, the capital, and the bordering regions.

On Saturday, a flash flood in the southwest of the country had already killed four people and injured nine.

Tourists playing in a shallow river were taken aback by the sudden arrival of a large body of water.

At the same time, extreme heat affected the center, south and east of the country in particular.

Several large cities have recorded the hottest days in their history.

In the province of Sichuan (southwest), the threshold of 40°C is easily exceeded.

Since this week, local authorities have been rationing electricity as the network is strained by air conditioners. And hydroelectric dams are struggling to meet demand because of the weakness of the rivers.

Sichuan, known for its pandas and spicy cuisine, is 80% dependent on hydroelectric power.

To guarantee the supply of individuals, factories and companies have been instructed to save electricity and many have suspended their activity.

This is particularly the case of the Japanese car manufacturer Toyota and CATL, the world's largest manufacturer of batteries for electric vehicles.

A factory operated by the Taiwanese electronics giant Foxconn, the main supplier of the American Apple, is also at a standstill.