Should private swimming pools be banned? Green MP Julien Bayou has his own idea on the matter. 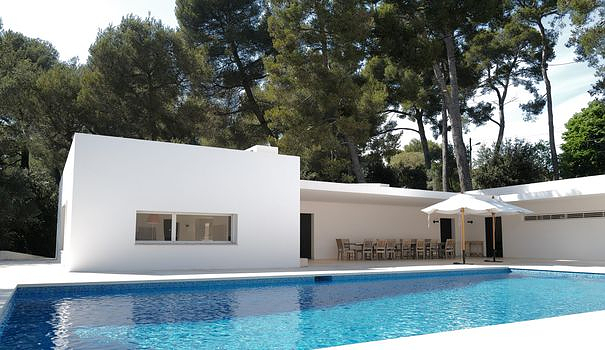 Should private swimming pools be banned? Green MP Julien Bayou has his own idea on the matter. "I'm not saying no", he slipped this Tuesday, August 23 on BFMTV. Faced with the rise of the controversy on social networks, the national secretary of Europe-Ecologie-les-Verts (EELV) then clarified his thoughts, on Twitter: "For lack of anticipation, there are already restrictions on use on water, to wash cars and sometimes to fill swimming pools. The challenge is not to ban swimming pools, it is to guarantee our vital water needs".

“Environmentalists do not want to ban private swimming pools. We have even been proposing not to go to this world for 40 years. We are just informing you that today, due to climate inaction, access to drinking water is threatened and that we must restrict its use,” environmental senator Mélanie Vogel said on Twitter.

The French are big fans of private swimming pools. France has around 3.2 million private pools, including 1.55 million in-ground pools and 1.64 million above-ground pools, according to the latest figures from the Federation of Pool Professionals (FPP) published in April 2022, reaffirming France's position as a European leader in the construction of basins.

In other words, France has a private swimming pool for just over twenty-one inhabitants. All regions are affected by the increase in the number of swimming pools: 135,000 are thus listed in Hauts-de-France, compared to less than 30,000 in 2005.

In 2021, the park increased by 244,000 swimming pools and the turnover of swimming pool specialists jumped by 32% over one year, "thanks to the 'booster' effect of Covid-19 and favorable weather", indicated to AFP Joëlle Pulinx Challet, general delegate of the FPP, which brings together more than 1,400 French companies specializing in swimming pools and spas. The trend should not be reversed: according to an ongoing FPP / Décryptis survey, the French have already decided to build 230,000 swimming pools buried in their homes before the end of 2024.

In addition, in 30 years, the size of the pools has increased from more than 70m3 to 43m3, she underlines, and the average price is currently 24,000 euros depending on the level of equipment and the regions.

The market for private swimming pools has therefore been "democratized" in recent years, the president of the FPP, Stéphane Figueroa, indicated in April. According to a survey conducted by the firm Decryptis in February and March 2022 on behalf of the FPP with a sample of 18,000 households living in a single-family house, the share of workers, farmers and employees with an inground swimming pool would have jumped by "10 % in four years", going from 14.1% of swimming pool owners in 2017 to 24.7% in 2021.

That of entrepreneurs and executives has, for its part, remained "stable" in recent years, at 41.6% in 2021, according to the Decryptis study. On the other hand, retirees are now "less represented" among owners of swimming pools buried at home: they were 33.7% in 2021 against 40.1% in 2017.

But at a time when France is facing a historic drought, this increase in the number of private swimming pools raises questions. Thus, for Arnaud Gauthier, teacher-researcher in the field of water at the University of Lille, "building swimming pools is nonsense", he asserts to AFP. Some French municipalities "are even actively considering modifying local urban plans to limit their construction", he notes.

In 2020, each French person consumed 148 liters of drinking water per day on average (54 m3/year), according to the National Observatory of Water and Sanitation Services (Sispea). With significant geographical disparities: 232 liters in the Alpes-Maritimes, against 116.6 in the North. "The climate, the potential impact of swimming pools", explain it in part, according to Sispea.

"Private swimming pools represent only 0.12% of total annual water consumption in France", replies Joëlle Pulinx-Challett. "The water use of a swimming pool represents an average of 15m3 per year, or as much as to produce 1kg of beef", defends the general delegate of the FPP, who adds: "In 25 years, it has even been reduced by 45%."

Heating systems have also seen their consumption decrease, by a factor of almost 10 in 35 years, according to estimates. These systems consumed approximately 15,000 kW/h per year in 1980, compared to 1,570 kW/h/year in 2015. Technological improvements in filtration pumps and lighting have also reduced the energy bill of swimming pools.

If the first filling is consumer (about 45 m3), the water is only renewed by a third each year. "This can represent 15% of a family's consumption", analyzes his side with AFP Nicolas Roche, researcher at the European Center for Research and Education in Environmental Geosciences (CEREGE). But "watering your 100 m2 lawn for a month will consume ten times more", he adds, calling for "avoiding the scapegoat policy".