First "terrifying" images of the Nice attack broadcast at the trial

The police officer of the anti-terrorist sub-directorate (Sdat) in charge of exploiting the images of the CCTV cameras taken on the evening of July 14, 2016 on the Promenade des Anglais, was called to the bar on Friday to give his testimony listened in a cathedral silence . 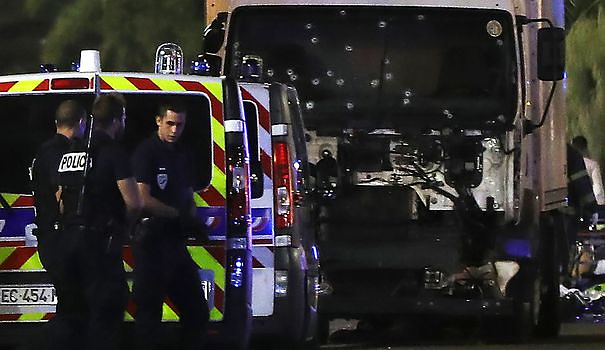 The police officer of the anti-terrorist sub-directorate (Sdat) in charge of exploiting the images of the CCTV cameras taken on the evening of July 14, 2016 on the Promenade des Anglais, was called to the bar on Friday to give his testimony listened in a cathedral silence .

The images shown to the audience have been carefully selected but they nevertheless provoke a feeling of dread. One of them shows the truck rushing into a dense crowd, from behind, listening to a concert. "People don't see the truck coming and don't hear it. They don't suspect a thing. It's terrifying because we measure the effect of surprise", cannot help but comment on Mr. Raviot.

In this image, we can see dislocated bodies on the road in the wake of the truck. In the crowd, which suspects nothing and will be mowed down in a handful of seconds, we see a woman holding a young child in her arms.

This photo, like all those broadcast on Friday at the hearing, comes from the videos which could be broadcast, in Paris and Nice, in the middle of next week if the court so decides.

Before the intervention of the Sdat policeman, testifying on condition of anonymity, the court had briefly mentioned the possibility of broadcasting all the images from the CCTV cameras. No one really opposes it on the benches of the civil parties or the defense but the public prosecutor has warned against the "violence" of these images.

"It's important to see what happened. And it's important for the civil parties in their reconstruction process," said Jean-Michel Bourles, one of the three general attorneys. However, he warns, "we will witness the murder of people live, their physical dismemberment sometimes. And it will be particularly unbearable".

Me Adélaïde Jacquin, defense lawyer, agrees with the prosecution. "We of course understand the wish for the civil parties, in their reconstruction journey, to see the videos. But these images will in no way serve to provide information on the responsibilities of the accused", she underlines.

The driver of the 19-ton ram truck, Tunisian Mohamed Lahouaiej-Bouhlel, was killed by the police after his race which caused the death of 86 people and injured hundreds. None of the eight defendants who appear before the court are tried for complicity.

The Sdat policeman describes what he saw while exploiting the videos. "Here we see that the driver is swerving to deliberately target groups of people... As many people as possible". The silence in the room is oppressive. “Here, we will see two children, probably aged 6 to 8, who will be targeted and hit by the truck”, continues the policeman. "The driver of the truck deliberately aims at a pram...".

The Sdat agent considers it "necessary" to broadcast the videos. "They show the killer's determination to kill as many people as possible, men, women or children." A silence and he adds: "it's sure it's going to be unbearable".

In the morning, it was Thierry Pereira, a policeman from the team responsible for the first findings, who testified.

The seasoned policeman, having the rank of captain, told how he had extracted one of the victims stuck on the axle of the truck.

"I spoke to this gentleman to apologize for what I was going to do," says the police officer in a suit, aware that the maneuver was going to "damage a little more" the remains.

The description of the truck made by Thierry Pereira bears witness to the violence of the multiple impacts: the vehicle no longer has a license plate or grille at the front, a mudguard has fallen off, multiple "biological traces", blood, hair of the victims are found on the bodywork.

Throughout the route, no signs of braking, but tire tracks in two places, indicating that the driver deliberately changed course to hit children in front of a candy stand and then spectators of a concert in the pedestrian area of the walk.

The hearing is due to resume on Tuesday. 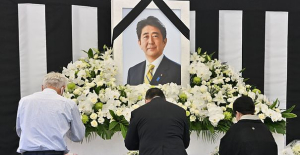 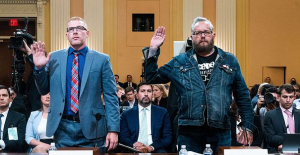 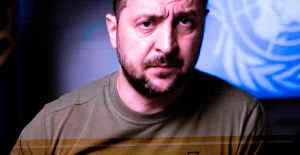