First return to school for Pap Ndiaye, faced with the teacher recruitment crisis

The start of the school year took place last year under the seal of the health crisis. 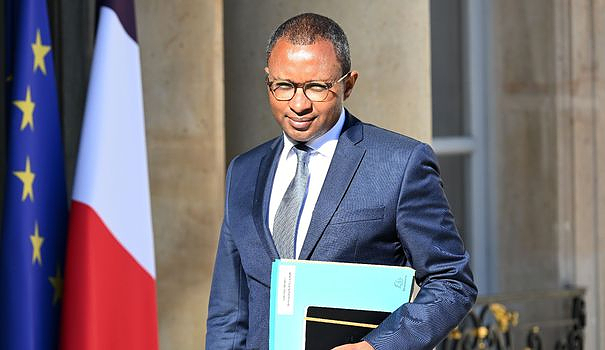 The start of the school year took place last year under the seal of the health crisis. This year, it is under that of the teacher recruitment crisis.

The return to school of 12 million students, on September 1, “announces in conditions quite similar to last year when the conditions (for the recruitment of teachers) have deteriorated”, said Thursday evening the minister on France 2, referring to the shortage of teachers which led to the hiring of "3,000 contract workers". The conditions are "adequate, I wouldn't say optimal".

Sign of the importance of the subject, President Emmanuel Macron himself intervened Thursday during the back-to-school meeting of academy rectors to detail his roadmap for education, on the eve of the back-to-school press conference. by Pap Ndiaye.

On the issue of teachers' salaries, which are lower in France than the average for OECD countries, the President once again promised that the revaluation would be "continued" so that none of them would start their careers "unless 2,000 euros net" per month. The Minister of Education specified that this increase would take place at the start of the 2023 school year.

To this revaluation, will be added a "pact for teachers" which will allow them, on a voluntary basis, to "engage (...) in additional missions", such as individualized follow-up, supervision tasks or "actions that make sense", and which will be "remunerated", he said.

The profession is indeed experiencing an unprecedented attractiveness crisis, with more than 4,000 unfilled positions this year in teacher competitions in the country (out of 27,300 open positions in the public and private sectors).

- Projects for the coming year -

Concerns are high on the side of the unions, which are planning a return to school under tension.

The SE-Unsa teachers' union alerted Thursday to the "fragility" of the education system, already tested by the health crisis and successive reforms. “Our education system is approaching a breaking point,” said its secretary general Stéphane Crochet.

“The start of the school year will be difficult” for public schools, warned the SNUipp-FSU, the first primary school union.

Faced with the crisis of attractiveness, Emmanuel Macron wishes "that we take up the subject of teacher training head-on". "People have the right to engage in this beautiful profession from the baccalaureate, to have a sector that is a little marked, a little accompanied," he said.

Another project to come for Pap Ndiaye: the professional path, which must go through a "deep transformation", according to Emmanuel Macron. His first mandate had reformed the general high school (and the baccalaureate), so it is now the turn of the vocational high school.

The president wants to "rearrange the vocational high school very in depth and upstream with the world of work", develop "internship times by at least 50%" and better remunerate them, and recruit more teachers from the professional world.

Pap Ndiaye will also have to wear the "school of the future" device, which Emmanuel Macron presented during his trips to Marseille before the summer.

On this subject, the president announced the creation of an educational innovation fund of "at least 500 million euros", from September, for establishments wishing to set up a specific educational project.