First game after the World Cup - Neymar flies off after Schwalbe 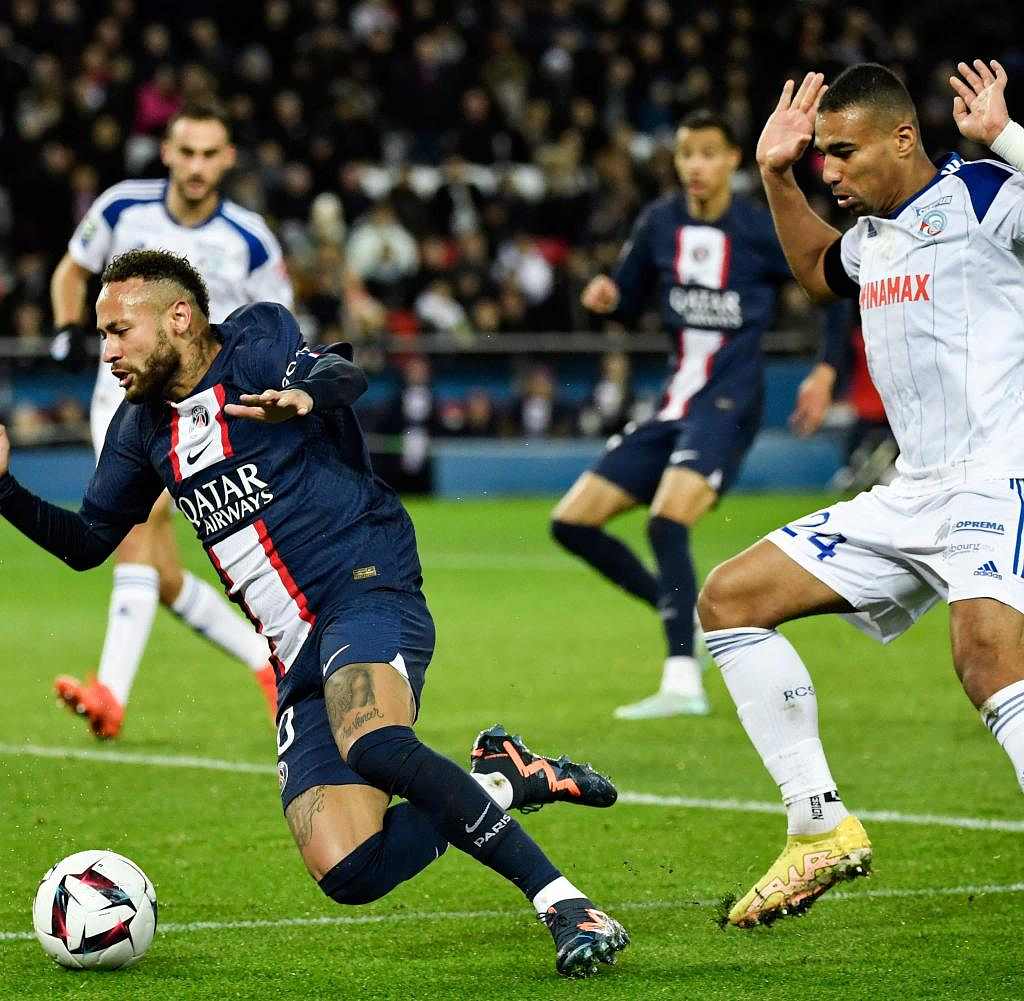 The superstar experienced a very bitter evening. In the first game after the World Cup, Neymar gave an embarrassing performance on Wednesday and was sent off within two minutes after two yellow cards.

19 days after the end of the world tournament in Qatar, the Brazilian national player and his club Paris St. Germain played in the French Ligue 1 against the penultimate Racing Strasburg. Paris won 2-1 but Neymar was the loser of the evening.

In the 62nd minute, Neymar ran past Strasbourg defender Alexander Djiku in the penalty area. Then he went theatrically to the ground, wanting to get a penalty for his team. But the referee didn't fall for Neymar's attempt at deception. The referee didn't hesitate for a second and showed the PSG professional a yellow card for a swallow.

Because Neymar had already been warned for a foul just 60 seconds earlier, he consequently had to leave the field with yellow-red. It was the ninth dismissal of his career so far (three times red, six times yellow-red) and already the fifth in the PSG jersey (since summer 2017).

In terms of sport, things are not going well for Paris after the World Cup break. The league leaders took the lead through Marquinhos (14th). But after the break, the Brazilian scored again – albeit into his own goal to equalize (51'). It looked like the points would be shared for a long time, but in the sixth minute of added time, Kylian Mbappé made it 2-1 for Paris with a controversial penalty.

Ten days after losing the World Cup final against Argentina, it was a successful return to everyday life in the league for France's exceptional striker. PSG got their 14th win in 16 games and remains unbeaten leaders in the French championship.

Argentinian world champion Lionel Messi has not yet been included in PSG's squad. Immediately before the game kicked off, the club announced that Marco Verratti had extended his contract by two years until June 30, 2026.

The 30-year-old Italy international has been with the Parisians since 2012 and has won 29 titles with the club since then. The game against Strasbourg was his 399th overall for PSG. He is the second most-capped player behind Jean-Marc Pilorget, who made 435 appearances for the club between 1975 and 1989.

‹ ›
Keywords:
ParisLigue 1Neymar(SportlerFußball)FußballWM
Your comment has been forwarded to the administrator for approval.×
Warning! Will constitute a criminal offense, illegal, threatening, offensive, insulting and swearing, derogatory, defamatory, vulgar, pornographic, indecent, personality rights, damaging or similar nature in the nature of all kinds of financial content, legal, criminal and administrative responsibility for the content of the sender member / members are belong.
Related News