First choices for the Goncourt prize: Virginie Despentes dismissed from the outset

The author of "Vernon Subutex", back to the novel after five years, received almost unanimous criticism to praise this epistolary exchange about addiction and movement</p>"It was not mentioned because, for us, it is obvious: Virginie Despentes cannot compete", explained Mr. 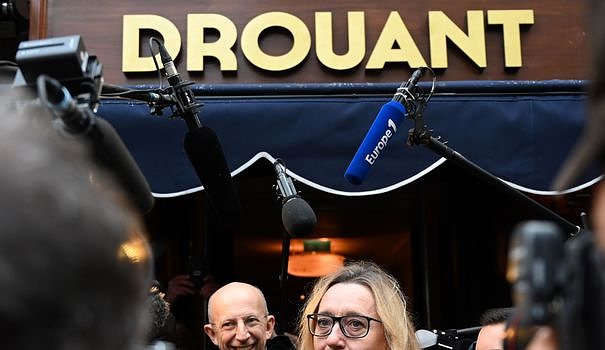 The author of "Vernon Subutex", back to the novel after five years, received almost unanimous criticism to praise this epistolary exchange about addiction and movement

"It was not mentioned because, for us, it is obvious: Virginie Despentes cannot compete", explained Mr. Decoin. "Ethically, it was inadmissible. And that doesn't mean at all that we didn't like Virginie's book, on the contrary...".

Virginie Despentes is the star of this literary season, driven by very favorable reviews, and sales which reached some 65,000 copies, according to figures put forward by her publisher at the end of August.

Winner of the Renaudot prize in 2010, for "Baby Apocalypse", Virginie Despentes was herself a juror of Goncourt for four years. She quit in January 2020 to focus on writing.

The deliberations remain very opaque, but Pierre Assouline, critic, journalist and author, has already indicated on his website that he loved two titles from the first selection. They appear at this stage among the favorites: "The Clandestine Life" by Monica Sabolo, which combines personal history and investigation of the far-left group Direct Action, and "The heart does not yield" by Grégoire Bouillier, back in 900 pages on a terrible news item from the 1990s, the voluntary agony of a lonely old lady.

Other titles are perceived as serious contenders by their quality of writing: "Taormine" by Yves Ravey, a thriller that takes place in Sicily, "Vivre vite" by Brigitte Giraud, the story of the last days of a husband who killed himself on a motorcycle, or "The almost sisters" by Cloé Korman, an investigation into the Shoah.

Muriel Barbery, who seemed very far from the tastes of Goncourt with her first success in 2007 ("The Elegance of the Hedgehog"), is 15 years later in the race with "One hour of fervor".

Goncourt's first list is always a happy surprise for a few low-key novels so far. This is the case this year for "Beyrouth-sur-Seine" by Franco-Lebanese Sabyl Ghoussoub, "A human sum" by Haitian Makenzy Orcel, or "Our dear old lady author" by Anne Serre.

A fiction on an adviser to the Russian presidency was included despite a publication in April: "Le Mage du Kremlin" by Giuliano da Empoli, recommended among the summer readings of the Renaudot prize.

The winner must be designated on November 3.

The selection proved Goncourt's penchant for "big" publishing houses, with three authors from Gallimard, two from Flammarion or Stock, one from Seuil, Albin Michel, Actes Sud and even Minuit.

The publisher of "Cher Connard", Grasset, does not place any title in this first selection, but will be able to make up for it with other autumn prices. Renaudot follows on Wednesday, disclosing its first selection.

The Inrocks literary prize published on Tuesday a first selection of twenty "French novels or stories" including that of Virginie Despentes. There are other titles not retained by the Goncourt, although noticed by the critics, such as "La Thirteenth Hour" by Emmanuelle Bayamack-Tam, "Vers la violence" by Blandine Rinkel, or "Les Exportés" by Sonia Devillers.

The Goncourt high school students, awarded on November 24, will work on the same titles as his eldest. 55 establishments are associated, from Lens to Martinique via New York and Cavaillon.