Spain's footballers snatched the last remaining spot in the Nations League final tournament from Portugal and superstar Cristiano Ronaldo with a late goal. 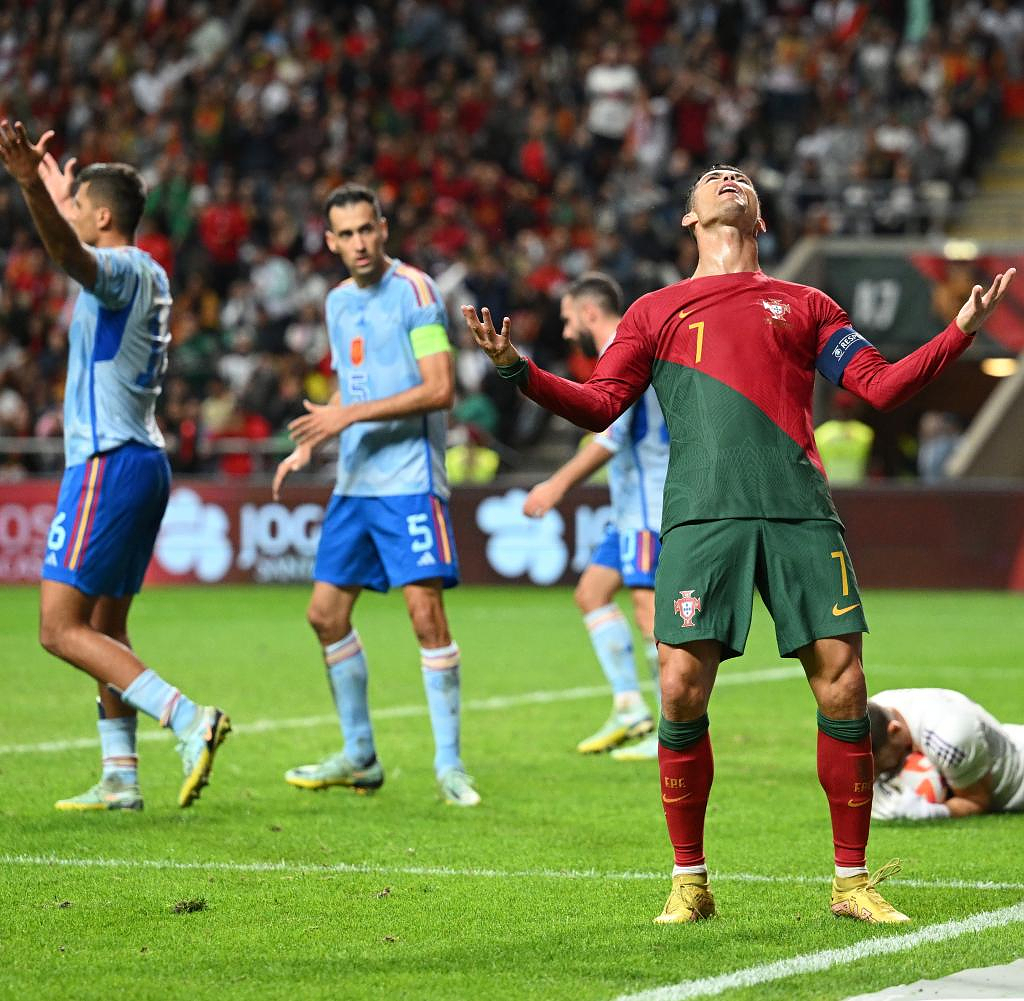 Spain's footballers snatched the last remaining spot in the Nations League final tournament from Portugal and superstar Cristiano Ronaldo with a late goal. Thanks to Álvaro Morata's goal (88th minute), the Spaniards won 1-0 (0-0) in Braga on Tuesday evening and thus secured participation in the Final Four next year. In front of 28,196 spectators, Ronaldo (47 minutes/72 minutes/90 minutes) had three of the best chances of the game – but twice he was unable to get past Spain goalkeeper Unai Simón, once he hesitated too long in front of the goal. Spain will therefore play for the title alongside Croatia, Italy and the Netherlands in 2023.

Erling Haaland and Norway, on the other hand, will play in the B league next season, as will Ukraine. The Norwegians missed promotion due to the 0:2 (0:1) defeat against Serbia, which instead goes up to the A league. Du?an Vlahovic (42') and striker Aleksandar Mitrovic (54') scored the goals in Oslo. Ukraine were held to a 0-0 draw by Scotland in Kraków, Poland, which saw the Scots earn promotion.

Switzerland, which has once again fielded numerous Bundesliga professionals, will also be represented in the A-League next season. Thanks to the 61-second goals of Remo Freuler (29th) and ex-Gladbacher Breel Embolo (30th), Switzerland won 2-1 (2-1) against the Czech Republic and thus remains first class. Leverkusen striker Patrik Schick (45') scored for the Czechs, who are relegated to the B-League. Gladbach goalkeeper Yann Sommer also saved a penalty from Tomas Soucek.

England national soccer coach Gareth Southgate regrets that Bayern professional Jamal Musiala has opted for the German and not the English national team. "It's a shame," said Southgate after England's 3-3 draw against the DFB team on Monday evening. In his youth, Musiala, who was born in Stuttgart and grew up in England, played for the Three Lions together with Dortmund star Jude Bellingham. "He's an exceptional player, he played for us with Jude for the Under-16s," said Southgate. "And he knows how much we like him and how much we wanted to keep him with us."

According to the England coach, however, the move from Chelsea to Bayern Munich played an important role in Musiala's decision. "He trained at Bayern Munich with players from the German national team who had the opportunity to influence him," Southgate said. "It's a shame, he's a really special talent."

‹ ›
Keywords:
NewsteamItalienSpanienFinal FourNations LeagueSerbienEnglandCoachFinalturnierKroatienFC Bayern MünchenFC ChelseaUnai SimónPortugalÁlvaro MorataNiederlandeUkraineCristiano RonaldoBragaSchweizFussball
Your comment has been forwarded to the administrator for approval.×
Warning! Will constitute a criminal offense, illegal, threatening, offensive, insulting and swearing, derogatory, defamatory, vulgar, pornographic, indecent, personality rights, damaging or similar nature in the nature of all kinds of financial content, legal, criminal and administrative responsibility for the content of the sender member / members are belong.
Related News