Ferns are the first to return

On the Bastei Bridge, everything seems to be the same as it always is in August. 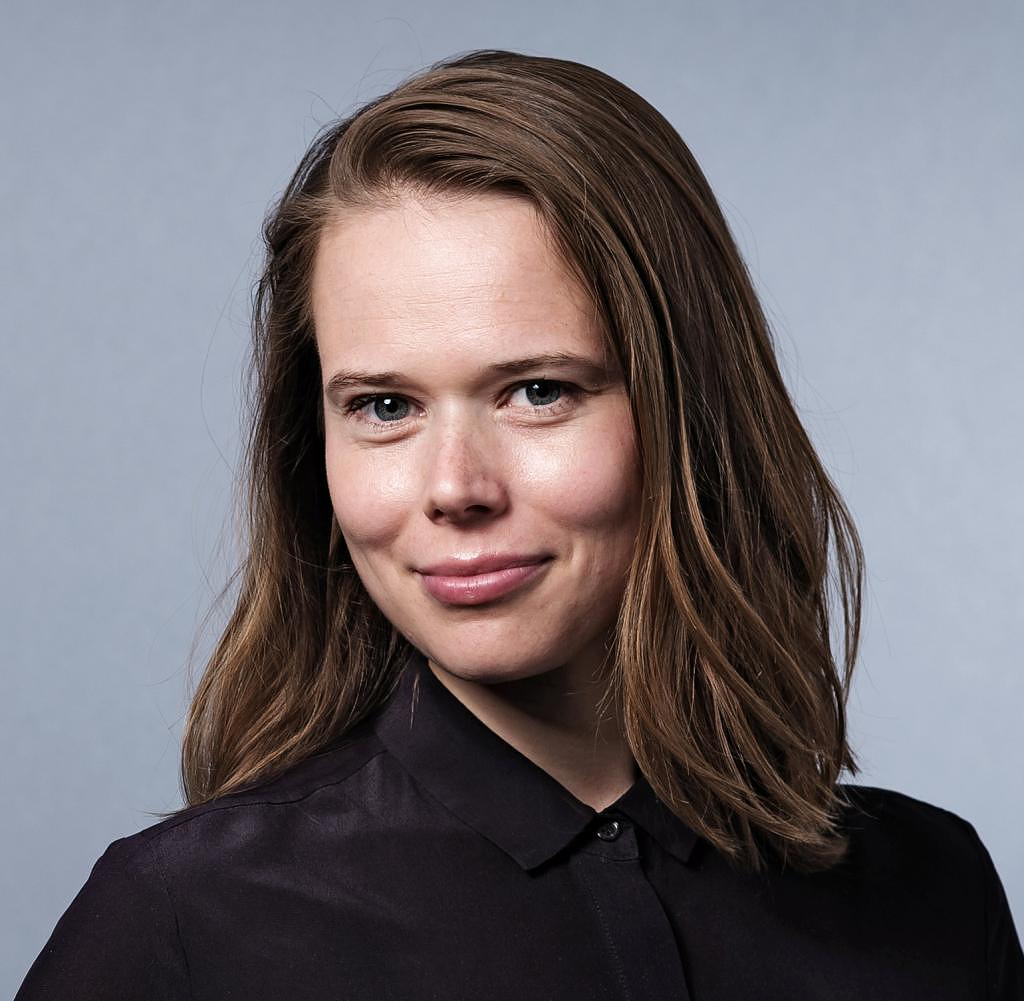 On the Bastei Bridge, everything seems to be the same as it always is in August. People with cameras in front of their chests and mobile phones in selfie mode push themselves close together over the largest tourist attraction in Saxon Switzerland. Instead of the silence of the forest, above which the sandstone bridge rises, there is a confusion of languages ​​from Polish, English, Hebrew, German. Only the nose cannot be fooled. It smells charred.

Two forest fires raged this year in the Saxon Switzerland National Park, one of which blazed in July directly below the Bastei Bridge. Men had previously been observed smoking shisha there, although smoking is strictly forbidden, as in all German forests. The other fire came a week later from the Czech Republic in a cloud of embers and grew into the largest forest fire in the history of the national park.

Firefighters from all over Germany fought the flames for almost four weeks. In the meantime they have withdrawn, but for foresters and experts the work goes on. You are faced with a fundamental decision: how much can man interfere with nature that he actually wants to protect?

Hanspeter Mayr from the Saxon Switzerland National Park knows the problems. A mixed forest, which is now growing again in large parts of the park, should actually be more crisis-resistant than a forest in which spruce trees often grow in monocultures. But the drought of recent years is also affecting Saxon Switzerland. 2018 was already a disaster year, with a peak of 17 fires.

"Since the national park was founded in 1990, there had been five or six smaller fires a year," says Mayr. Local weather records show that summers are also becoming drier on the Elbe. In an average year, 750 liters of rain per square meter have fallen in the region. In 2018 it was only 540 liters, so far this year hardly more.

Saxon Switzerland has been a national park for 32 years, with Bohemian Switzerland directly adjoining it on the Czech side. Anyone who travels from Dresden by train or steamboat will first see the cliffs dropping steeply to the Elbe, on which pine and birch trees defy the barren conditions. This landscape, which is unattractive for forestry, is one of the most original forests in Saxon Switzerland.

From the valley you can still see where the fire raged below the bastion in the night of July 18th. The leaves of the birches are brown, the needles of some pines are still green on the valley side and brown on the slopes. "It remains to be seen which of the pines will survive," says Mayr, who shows the scene of the fire. You can see from their trunks how the trees tried to protect themselves with their thick bark. She stood up like a hedgehog in his spiked dress.

The further away you are from the Elbe, the more the forest changes. Birches and pines are replaced by beech, oak, fir and sycamore. And again and again spruces catch the eye. They stand on large areas trunk to trunk, dead they tower bare and gray into the sky. They bear witness to centuries in which man farmed the area. Spruces provide fast wood, suitable for building and burning.

In the first 30 years since the national park was founded, it was therefore "rebuilt". Until 2020, the national park foresters combed through the spruce forests and planted trees such as silver firs, which are part of the natural mixed forest here. However, the conversion was less effective than planned. Visitors bothered by the timber harvesters, the trucks burdened the country roads, and when the thirsty spruce trees were felled, the remaining trees grew back so quickly that the canopy closed before new plantings had a chance.

"We didn't make it," says Mayr, who has been responsible for public relations in the park since 2007. Instead, the bark beetle took over the spruce forests and halved their number from 50 percent in the drought year of 2018 to 25 percent today. In the end, the foresters concentrated their efforts on preventing the insects from jumping over to private forests. Many of the dead trees were left standing. Unlike in the forest, where the wood is withdrawn from the ecosystem, its decomposition should provide other plants with new nutrients. This is also good for biodiversity. The particularly rare beetles and fungi, which cannot find enough deadwood in the forest, settle here.

The dead wood, however, supplies fuel - also for that major fire in the rear part of Saxon Switzerland, which could only be extinguished last week. When the wind blew the fire from Bohemia, the tops of the trees caught fire first. From there, the flames ate their way downwards, where the biggest problem arose in the dried-up layer of topsoil. This layer is particularly thick in the national park - because of the dead wood, but also because the fallen needles and leaves collect in the many crevices in the rocks.

The fire spread through the forest floor like a peat fire. A hidden fire like this is difficult to detect. Since the fire brigade left, foresters have been digging up the ground to find embers. "From a nature conservation perspective, forest fires could be seen as a natural event," Mayr explains. There are many protected birds here, such as the black stork, but hopefully they would have brought themselves and their young to safety. They want to get rid of the spruces anyway, healthy pines can protect themselves with their thick bark, and the ash provides minerals for new plants.

However, the frequency and size of the forest fires worry the geographer. In any case, the fires have to be fought because there are settlements and private forests nearby that need to be protected. According to Mayr, from a safety point of view there is no alternative to tedious deletion.

Two questions arise for the future: How can fires be prevented and fought better? And should man try to help nature? Saxony's Prime Minister Michael Kretschmer (CDU) is in favor of planting new deciduous trees. If he has his way, the deadwood should be out of the forest. Firebreaks are also up for discussion. The Green-led Ministry of the Environment is fighting back, referring to EU rules for national parks. On Tuesday, the cabinet decided on scientific studies to clarify the issues. A fundraiser for reforestation was launched from the population, and over 31,000 euros have already been raised. Saxon Switzerland is very important for Saxony, says Mayr. It is a piece of home and an affair of the heart.

The discussion about new plantings is confusing the national park. Planted trees often have a harder time, Mayr points out. Sometimes the roots buckled when planting. The tree will not get rid of the damage throughout its life. And with the barren conditions on the rock, a "spoiled" greenhouse birch has a small chance of survival. "More urgently, the mountain rescue service needs better equipment, fireproof safety ropes, for example," says Mayr. A lot of material broke during the weeks of use in July and August.

Mayr hopes that nature can fix it itself. The first ferns and grasses are already sprouting up on the freshly erased spot, and a few birches are sprouting up again. It also shows a fire site where almost 1.5 hectares of so-called reef vegetation were destroyed in 2018, i.e. birches, pines, ferns, heather and blueberries. Today, huge ferns grow rampant under the burnt tree trunks, young birches, poplars and pines sprout. Some deciduous trees have already made it to 2.40 meters, the pines measure around ten centimeters. It remains to be seen whether the young trees will develop as desired even with frequent droughts. Ferns and blueberries have dried up in some places.

For the moment, the national park administration is concentrating on prevention. That worked well after 2018, for example with nocturnal or general bans on entering the forest. The national park attributes the majority of forest fires to tourists and so-called boofers who spend the night in the open air in Saxon Switzerland. This is allowed for climbers in designated places - but too often tourists use gas cookers or light campfires without permission.

At the bastion, new "No smoking" signs, as big as stop signs, are now emblazoned. The red circle with the cigarette crossed out is understandable in any language.

‹ ›
Keywords:
StösselSonjaNewsteamSächsische SchweizOsterzgebirgeNationalparksKlimawandelSächsische SchweizSandsteinbrückeApple PodcastElbeKarriereBad SchandauSonja StösselBöhmenSachsenBasteibrückeForstBrand
Your comment has been forwarded to the administrator for approval.×
Warning! Will constitute a criminal offense, illegal, threatening, offensive, insulting and swearing, derogatory, defamatory, vulgar, pornographic, indecent, personality rights, damaging or similar nature in the nature of all kinds of financial content, legal, criminal and administrative responsibility for the content of the sender member / members are belong.
Related News