A long-standing legal dispute between FC Bayern and a graphic artist over caricatures of former Munich professionals Franck Ribéry and Arjen Robben is entering the next round. 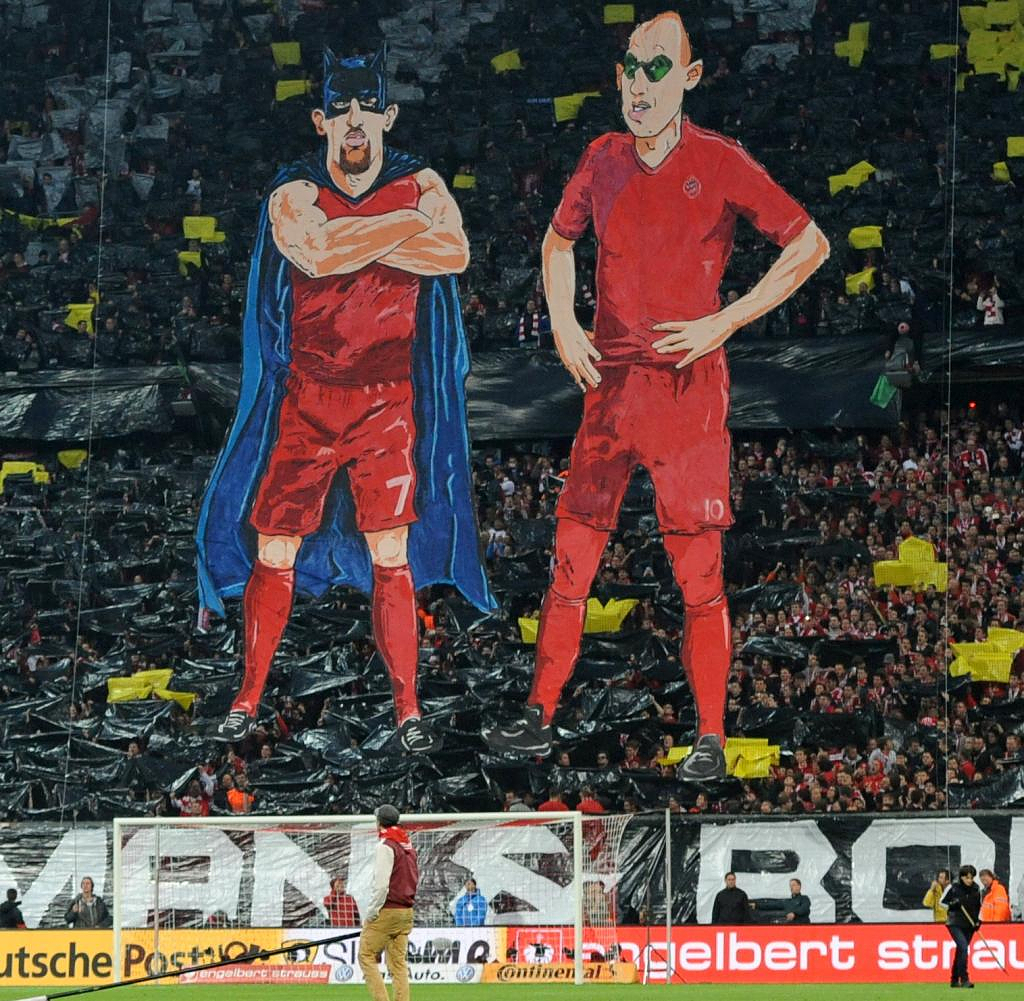 A long-standing legal dispute between FC Bayern and a graphic artist over caricatures of former Munich professionals Franck Ribéry and Arjen Robben is entering the next round. With a decision published on Thursday, the Federal Court of Justice (BGH) in Karlsruhe reversed a judgment by the Higher Regional Court (OLG) in Munich and ordered a new hearing there.

The graphic artist had designed Ribéry and Robben as variants of Batman and Robin, which were shown as XXL versions in the semi-finals of the DFB Cup between Munich and Borussia Dortmund in 2015 in the Munich Arena in the Bayern fan corner. The slogan below: "The Real Badman

Instead, since May 2019, FC Bayern has offered merchandising items in the fan shop that took up the slogan with newly drawn but very similar motifs. On the other hand, the graphic artist sued successfully before the district court of Munich I. In his opinion, the synopsis of the drawings with the slogan “The Real Badman

FC Bayern had argued that the images used by the club, which were printed on mugs and T-shirts, for example, were independent works that differed from the plaintiff's caricatures. And the slogan is not protectable. In the appeal process before the Higher Regional Court, the association was right.

From the point of view of the Federal Court of Justice, however, the Higher Regional Court did not examine the "work character" of the combination of slogan and drawing, but considered both in isolation - and thus did not sufficiently examine the core of the lawsuit. It cannot be ruled out that the Court of Appeal would otherwise have come to the conclusion that the drawing together with the slogan “The Real Badman

FC Bayern Munich is about to sign Dutch international Daley Blind. Blind prematurely terminated his contract with Ajax Amsterdam shortly after Christmas and has been without a club ever since.

A date for the new hearing at the Higher Regional Court has not yet been set. Should the judgment of the regional court become final, the graphic designer is entitled to information about the profit that the club has made with the merchandise products - and to compensation.

‹ ›
Keywords:
FC Bayern MünchenBundesgerichtshof (BGH)TexttospeechBundesgerichtshofArjen RobbenFranck RiberyKarlsruheBundesligaBorussia DortmundMünchner ArenaFussball
Your comment has been forwarded to the administrator for approval.×
Warning! Will constitute a criminal offense, illegal, threatening, offensive, insulting and swearing, derogatory, defamatory, vulgar, pornographic, indecent, personality rights, damaging or similar nature in the nature of all kinds of financial content, legal, criminal and administrative responsibility for the content of the sender member / members are belong.
Related News