FBI raid: how Donald Trump is preparing his counterattack

"We are doing everything we can to recover the documents. 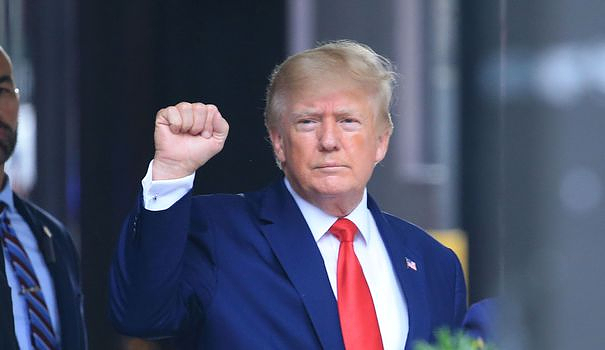 "We are doing everything we can to recover the documents." In a press release, Donald Trump counter-attacks on the legal ground. The former US president on Monday (August 22) asked a court to appoint an independent expert to review documents seized by the FBI during an August 8 search of his residence in Mar-a-Lago, Florida, to determine if some of them can remain confidential.

This search, conducted by the federal police and unprecedented for a former head of state, "was illegal and unconstitutional, and we are doing everything we can to recover the documents," said the Republican billionaire.

In a court document where he repeats that he was targeted for political reasons, the ex-president wants the appointment of an independent expert who would be responsible for reviewing the documents seized and determining which Donald Trump can keep "confidential", and therefore would not be used in investigations. "They took documents protected" by confidentiality between client and lawyer, he added in his press release. The list of objects seized by the FBI, made public, mentions many documents classified as "top secret".

Interviewed by the Washington Post, Stephen Ryan, a veteran defense attorney not involved in the Mar-a-Lago case, said he doubts a judge will grant Donald Trump's request to appoint an independent expert to examine the documents seized by the FBI. "The classic reason you want an independent expert appointed is that the defense attorney thinks there may be inside information between the attorney and the client among the documents seized. In this specific case, it's not at all clear that there is inside information," said Stephen Ryan.

In February 2022, the National Archives said it had to recover fifteen boxes of documents from Florida that Donald Trump had taken with him when he left Washington in January 2021. In these boxes, letters from Barack Obama and the North Korean leader Kim Jong un, a map of the United States which had been the subject of heated exchanges with the American weather service, but also several documents marked "secret-defense".

A file from Donald Trump's safe also caught the eye since its title reads: "President of France". This suggests that the former tenant of the White House kept sensitive personal information about his former French counterpart Emmanuel Macron at home.

Investigators suspect the Republican of having violated an American law on espionage which very strictly regulates the possession of confidential documents. Donald Trump assured that these documents had been declassified.

Donald Trump and his supporters are also brandishing what they consider to be an instrumentalization of justice for political ends. “The government has long treated President Donald Trump unfairly,” his lawyers wrote in the court document. They claim that he is "the favorite in the Republican primary for the 2024 presidential election" as well as in the presidential election itself "if he decides to run". Justice "cannot be used for political purposes", they still say.

Donald Trump is also the target of investigations into his efforts to overturn the results of the 2020 presidential election and his role in the assault by his supporters on the Capitol on January 6, 2021. He is not yet prosecuted. in no business.