False accusations against Garrido and Corbière: an ex-collaborator of Lagarde indicted

At the end of his police custody, which began on Tuesday, the man was indicted for fraud in an organized gang, forgery and use of forgery, theft of identity or personal data and concealment of theft and placed under judicial control, said a judicial source. 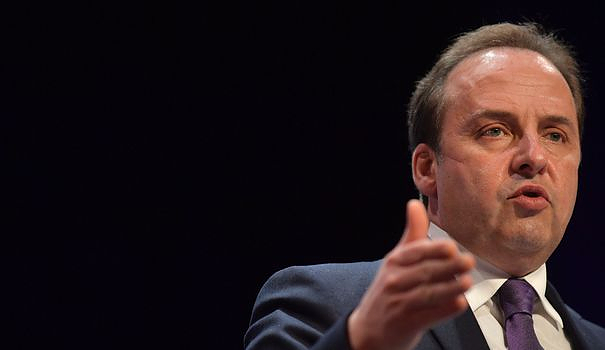 At the end of his police custody, which began on Tuesday, the man was indicted for fraud in an organized gang, forgery and use of forgery, theft of identity or personal data and concealment of theft and placed under judicial control, said a judicial source.

This man, Rudy Succar, is "a sort of henchman" of Jean-Christophe Lagarde, according to a source familiar with the matter. His name is mentioned as one of the three collaborators of the former UDI deputy during his last term of office, on the website of the Citizen Observatory of Parliamentary Activity.

No details were given about the role he is suspected of having played in this case. His lawyer declined to comment.

The Paris prosecutor's office, which had launched a preliminary investigation on June 29, opened Thursday morning a judicial investigation entrusted to an investigating judge.

Jean-Christophe Lagarde, boss of the UDI and ex-MP, beaten by Raquel Garrido in the legislative elections in Seine-Saint-Denis in June, was arrested at his home on Wednesday morning.

His police custody was lifted overnight from Wednesday to Thursday without prosecution at this stage. His lawyer declined to comment.

A policeman, Anouar Bouhadjela, also called Noam Anouar, was also released without prosecution at this stage late Wednesday afternoon. Seconded to the town hall of Drancy (Seine-Saint-Denis), he had been placed in police custody the day before.

This city of around 70,000 inhabitants is the former stronghold of Mr. Lagarde, led since 2017 by his wife Aude Lavail-Lagarde.

The affair started in June, just after the second round of the legislative elections, with the publication on the Point website of an article by journalist Aziz Zemouri unduly accusing the couple of having exploited an undocumented cleaning lady. . Raquel Garrido and Alexis Corbière had immediately denied these accusations. "It's all fake," they protested.

Very rare, the article had been withdrawn the next day and the newspaper had admitted in an address to readers that it had "turned out to be false" and "lie".

Recognizing failures in its "internal control processes", the weekly launched an internal investigation and Mr. Zemouri was laid off at the end of June.

The Garrido-Corbière couple filed a complaint on June 27, followed the next day by Aziz Zemouri and Jean-Christophe Lagarde.

The journalist targets in his complaint Anouar Bouhadjela and Mr. Lagarde, boss of the UDI (Union of Democrats and Independents) since 2014.

It was, according to his story, this policeman who contacted him at the end of May to put him in touch with a woman claiming to be an undeclared and undocumented housekeeper for the Garrido-Corbière couple.

Mr. Bouhadjela had told him to work for Mr. Lagarde, assures Mr. Zemouri in his complaint consulted by AFP. The journalist was recently heard by the police, according to a source close to the investigation.

For Mes Nabila Asmane and Vincent Brengarth, Mr. Bouhadjela's lawyers, "Mr. Zemouri's complaint is a smokescreen to discard the obvious lack of investigations he has shown, while crucifying one from its sources".

The journalist "sought to protect himself from disapproval by firing all kinds of wood, even the most irrational", denounced the two councils.

When Mr. Largarde was placed in police custody on Wednesday, Raquel Garrido said she was "satisfied that the investigation is progressing".

"I remind you that this case goes far beyond simply defamation or insult. It is indeed a breach of criminal law", she added on BFMTV, hoping that "justice will go after his work".

It is the Brigade for the repression of delinquency against the person (BRDP) which is in charge of the investigations.