Four men, including the former president of the outgoing National Assembly Delfim Neves and a former mercenary who had already been the author of an attempted putsch in 2009, who were arrested, tried to attack the headquarters of the army, said Mr. 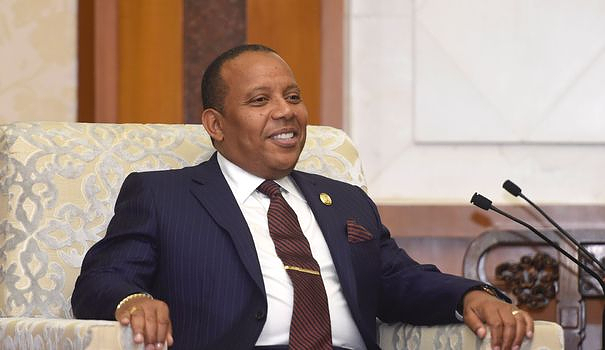 Four men, including the former president of the outgoing National Assembly Delfim Neves and a former mercenary who had already been the author of an attempted putsch in 2009, who were arrested, tried to attack the headquarters of the army, said Mr. Trovoada in a video authenticated and sent to AFP in Libreville by the Minister of Justice Ilsa Maria dos Santos Amado Vaz.

"I want to reassure everyone, the armed forces have the situation under control," said the head of government, who appears seated at a desk, with tired features, in a white T-shirt under a blue raincoat.

"There was a coup attempt which started around 12:40 a.m. and (...) ended shortly after 6 a.m.," he continued, adding: "The armed forces suffered an attack in a barracks".

A soldier, "taken hostage", was injured, "but he will be able to resume his activities in a few days", specified Mr. Trovoada.

A resident contacted by telephone by AFP said on condition of anonymity that she had heard "fire from automatic weapons and heavier weapons, as well as detonations, for two hours inside the HQ of the army" in the capital Sao Tome.

"A group of four people associated with the infamous Buffalo Group entered the barracks, while another group was outside (...) in vans" and the general staff informed me that they had arrested some people (...) from the first group of four (...) neutralized", continued Mr. Trovoada.

Among those arrested, according to him, is Delfim Neves. He is the president of the outgoing National Assembly, which lost this function on November 11 during the installation of the new chamber resulting from the legislative elections of September 25, won by an absolute majority by the center-right party of Mr. Trovoada , Independent Democratic Action (ADI).

Mr. Neves had also been eliminated in the first round of the presidential election on July 18, 2021, finally won by ADI Carlos Vila Nova.

According to the Prime Minister, the soldiers also arrested Arlecio Costa, a former mercenary from the South African group "Bataillon Buffalo", dismantled in 1993 by Pretoria.

In February 2009, Mr. Costa, then leader of an opposition party, had already been arrested and accused of being the leader of a thwarted coup attempt 12 days earlier.

"The situation in the barracks is under control, but we must be sure that the country is completely under control," assured Mr. Trovoada. He announced an ongoing investigation and explained that the army "has an obligation to clarify the situation, if there have been other ramifications within the armed forces".

Soldiers were deployed overnight to secure the residences of members of the government and the President of the Republic, also testified the resident contacted by AFP after taking a car ride in the capital.

"The town is calm, people are going about their normal business but schools have asked parents not to send their children," she said.

Two major parties have been vying for the leadership of the country since its independence in 1975: Mr. Trovoada's ADI and the Liberation Movement of Sao Tome and Principe-Social Democratic Party (MLSTP-PSD, centre-left).

This small, poor country is accustomed to the alternations in power of these two parties which have dominated the political scene since the establishment of a multiparty system in 1991, after 15 years of a Marxist one-party regime in this former Portuguese colony.

Following several coup attempts, the last in 2003 and 2009, the parliamentary regime asserted itself there and allowed several alternations between the ADI and the MLSTP, the latter being from the former single party .