Members of the Reich citizen scene are said to have planned nothing other than a state putsch. 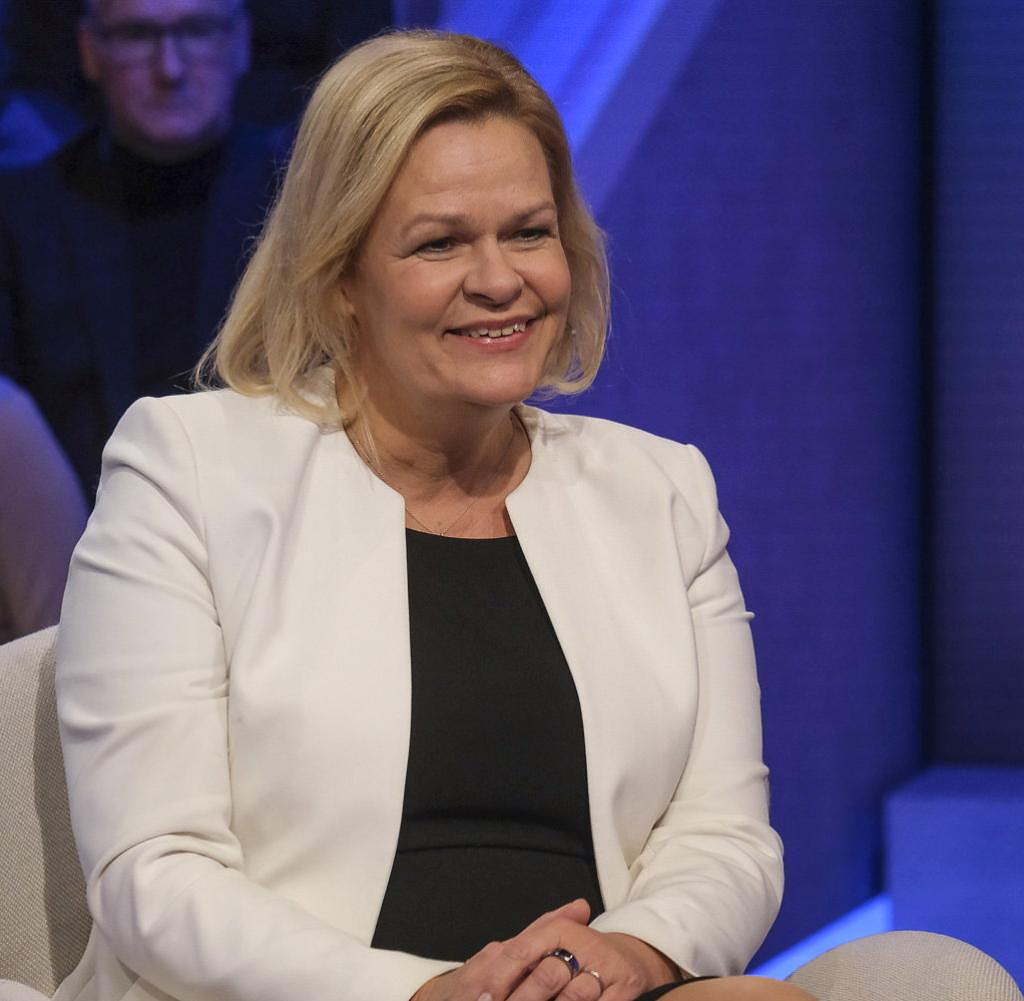 Members of the Reich citizen scene are said to have planned nothing other than a state putsch. During the raid on Wednesday, around 3,000 police officers in eleven German federal states, Austria and Italy searched the houses and rooms of people from the Reich citizen scene. In the broadcast by Sandra Maischberger, Federal Minister of the Interior Nancy Faeser reported on the action and spoke about possible consequences.

The UN World Conference on Nature has been taking place in Montréal, Canada, since this week. In the program, the polar researcher Arvid Fuchs reported on his expeditions to the Arctic. The general director of the Berlin Natural History Museum, Johannes Vogel, used a bat to demonstrate the direct effects of climate change on people.

"What at first glance seems like a grotesque about a dubious nobleman and a shadow cabinet, what he came up with is in fact - as it seems - a very, very big number to be taken very seriously", said Tina Hassel.

Faeser's descriptions from the Reich Citizens' Network dismantled by the police confirmed this impression. There was a so-called "council" in which departments were already assigned should the planned coup be successful.

In Germany, 25 suspects from the so-called Reich Citizens' Scene have been arrested. "The coup plans were very concrete," says Alexander Dinger, reporter Investigation and Reportage. However, the “large arsenal of firearms” has not yet been found.

"What makes it so dangerous is that there was a military arm of it," said the SPD politician. There were also people who used to be in the Bundeswehr and could handle weapons accordingly.

In the program, Faeser announced tougher action against officials who are in the appropriate milieu. "I think you have to take a closer look at the authorities that deal with weapons, the Bundeswehr, the federal police," said Faeser. To this end, the Federal Minister of the Interior wants to change the disciplinary law. This should make it easier for accused persons to be removed from public service.

Faeser also sees a reason for the increasing radicalization of certain parts of the population in the debate about compulsory corona vaccination. This "radicalized people again in a way."

The people came less "from the classic right-wing extremist milieu". Rather, the aim was to take action against the state. In doing so, Faeser took responsibility for her SPD party colleague and Federal Health Minister Karl Lauterbach. He had campaigned vehemently for a general obligation to vaccinate, which later failed in the Bundestag.

Maischberger also asked Faeser about her plans for a new citizenship law. According to this, naturalizations should in future be possible after five instead of eight years - in the case of special integration services even after three years. It should also be easier to have dual citizenship in the future.

Faeser's plan includes a points system based on the Canadian model. In addition to language and integration performance, the connection to the labor market also plays a role here.

"We already have a huge shortage of workers, not only skilled workers, but also workers," said Faeser. This also made it clear: With the change in citizenship law, the Federal Minister of the Interior obviously wants to enable access to German citizenship not only for specialists, but also for workers of all kinds.

The criticism of the FDP and the Union should not diminish as a result. At the end of November, the Bavarian Interior Minister Joachim Herrmann (CSU) had already criticized on "Deutschlandfunk" that qualified immigration did not require faster access to citizenship. The FDP General Secretary Bijan Djir-Sarai also criticized Faeser's plans in the "Rheinische Post" and denounced the lack of progress in combating illegal migration.

The SPD state leader from Hesse left open whether Faeser will see the implementation of her project as Federal Minister of the Interior. When asked by Maischberger about a possible candidacy, Faeser evaded several times. Instead, she referred to a decision next February. Maischberger: "You wait until the SPD's poll numbers get a little better in Hesse and if they don't get better, then don't you jump?" - Faeser is silent, then says: "As I said, it will be decided in February and then we can continue to discuss it.”

For the first game of the German national soccer team, Faeser appeared in the stadium in Qatar with the "One Love" bandage on his arm, which was banned by FIFA. Faeser does not see any responsibility for the performance of the German team through their action: "It's about sporting performance." Her criticism was directed at FIFA, not at Qatar. Faeser was probably trying to calm things down in view of the gas deal that has now been concluded with Qatar.

"If nothing of the sort follows these signs, then it's just worthless and then of course you always make a fool of yourself," Beisenherz scoffed. "I don't think anyone looked good in this matter," said Hassel, "in the end you can ask yourself: Why is Qatar good for supplying us with gas in a very small time window, not good for hosting a World Cup?" For the journalist was the bandage with it "empty symbolic politics".

The UN World Conference on Nature has been taking place in Montréal since Tuesday. The goal: A resolution to protect at least 30 percent of the earth's surface. How urgently such a procedure is necessary became clear from the descriptions by the polar researcher Fuchs.

The researcher reported on a village built on permafrost in Alaska. After several thousand years, the ground has thawed and people have to be resettled. "It's like a kind of early warning system in nature," warned the polar explorer.

In Greenland, the sea water temperature is sometimes twice the expected temperature. Many fish species react to even the smallest temperature differences and move elsewhere. "It just messes everything up," Fuchs explained.

The general director of the Berlin Natural History Museum Vogel was even clearer: "We live from and with nature, but we have declared war on the whole thing." The extinction of a species could have no or drastic effects on people: "We don't know how. "

At that time, a meteorite hit the earth from outside. "Today we're acting like we're a meteorite," Vogel explained. "We just can't afford something that stupid."

Both agree that the World Conference on Nature's goal of protecting 30 percent of the earth is correct. However, neither of the experts was particularly optimistic. At a conference in Japan in 2010, 20 goals were agreed, none of which have been implemented so far, Vogel said.

Nevertheless, the biologist used the bat as an example to make it clear how important it is to create retreat areas for animal species. With climate change and an increasing world population, contacts between humans and bats increased. These carry material that is capable of causing a pandemic: “It is quite dangerous. Covid has been a mild pandemic in terms of the opportunities nature has in store for us.”

‹ ›
Keywords:
MaischbergerSandraFaeserNancyReichsbürgerNewsteamItalien HausNancy FaeserSandra MaischbergerÖsterreichKatarBundeswehrMontrealMicky BeisenherzBundestagUnionTina HasselRheinische PostJohannes VogelFifaDeutschlandfunkHessenKarriereApple PodcastFußballnationalmannschaftReichsbürgerszene
Your comment has been forwarded to the administrator for approval.×
Warning! Will constitute a criminal offense, illegal, threatening, offensive, insulting and swearing, derogatory, defamatory, vulgar, pornographic, indecent, personality rights, damaging or similar nature in the nature of all kinds of financial content, legal, criminal and administrative responsibility for the content of the sender member / members are belong.
Related News