Shortly before the conference with representatives of the Western Balkan countries and EU Interior Commissioner Ylva Johansson, Federal Interior Minister Nancy Faeser (SPD) called for illegal migration via the Balkan route to be curbed. 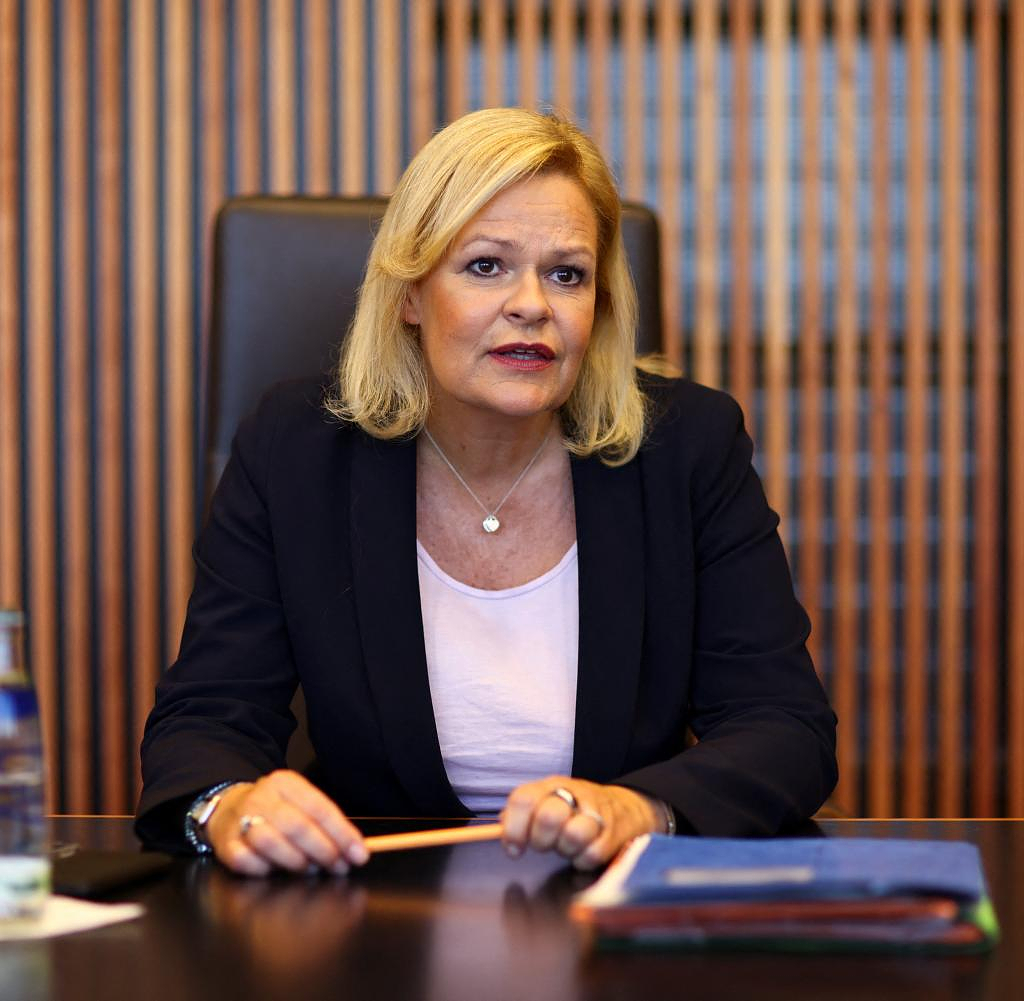 Shortly before the conference with representatives of the Western Balkan countries and EU Interior Commissioner Ylva Johansson, Federal Interior Minister Nancy Faeser (SPD) called for illegal migration via the Balkan route to be curbed. "We have taken in more than a million refugees from Ukraine in Germany since the beginning of the war - a very large number of them women and children who fled from Putin's tanks and rockets," Faeser told the "RedaktionsNetzwerk Deutschland" (Thursday). In addition, more people are coming to Europe via the Mediterranean and the Balkan route. Now it is "a common responsibility in Europe to stop illegal entries so that we can continue to help people who urgently need our support".

The federal government has already acted in this way, for example by intensifying border controls in close cooperation with Austria and the Czech Republic. Limiting the migration movement via the Balkan route is also the purpose of the meeting in Berlin on Thursday. "We are implementing a bundle of measures for this."

This included aligning visa policy on the part of the Western Balkan states with EU standards, combating smuggling and ensuring effective border protection with the support of the border protection agency Frontex. You also have to talk about "reliable procedures for returning people" who have no right to stay.

Migration researcher Gerald Knaus considers attempts to prevent increasing immigration via the Balkan route to the EU to be useless. "Closing the Balkan route has never worked before," Knaus told the "RedaktionsNetzwerk Deutschland" (Thursday).

Many people are currently coming from Serbia, for example, “to the EU via Hungary, although there is a border fence and pushbacks there,” said the co-founder of the think tank “European Stability Initiative”. “Do you now want to back Hungary with its violence, which has no effect?” Knaus continued: “The pressure is currently not being caused by illegal migration, but by legal ones. Nine out of ten refugees come from Ukraine.”

‹ ›
Keywords:
NewsteamMigrationspolitikFaeserNancySPDEU (Europäische Union)UngarnGewaltSerbienEuropaGerald KnausWestbalkanStaatenMigrationNancy FaeserUkraineMittelmeerYlva JohanssonFlüchtlingeEuropean Stability
Your comment has been forwarded to the administrator for approval.×
Warning! Will constitute a criminal offense, illegal, threatening, offensive, insulting and swearing, derogatory, defamatory, vulgar, pornographic, indecent, personality rights, damaging or similar nature in the nature of all kinds of financial content, legal, criminal and administrative responsibility for the content of the sender member / members are belong.
Related News