These establishments are part of the 10% of swimming pools out of 4,000 in France which are not managed directly by the communities but by a public service delegate. 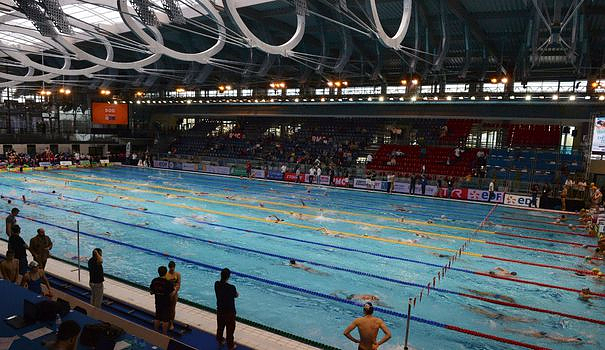 These establishments are part of the 10% of swimming pools out of 4,000 in France which are not managed directly by the communities but by a public service delegate.

Depending on the contracts, the company bears the energy costs or leaves them to the community. Often heated by gas, swimming pools are very energy-intensive equipment and are bearing the full brunt of rising prices.

The temporary closure of these thirty establishments, sometimes large aquatic complexes such as Aquapolis in Limoges, is accompanied by the partial unemployment of staff.

Even if since the summer some swimming pools have reduced their time slots, or lowered the water temperature to soften the bill, the announcement without notice on Monday came as a surprise.

Thus, the vice-president of the agglomeration of Limoges Fabien Doucet immediately denounced a "brutal, unilateral decision" and considered the possibility of legal action. "The equipment which cost 50 million euros is used by the inhabitants of around twenty municipalities who, overnight, are taken hostage. We find ourselves faced with a fait accompli. It is inadmissible", continues the elected.

Questioned by AFP, the company indicated that it had been in discussion with several communities since June but that it had not succeeded at this stage.

The energy bill of this public service delegate has increased from "15 to 100 million euros", or "the entire annual turnover of the company". And she does not want to multiply prices by three, according to her press release.

"We find ourselves with rising energy prices and it is no longer tenable. It has been multiplied by 10. In total, 600 employees out of 2,000 are placed on partial unemployment", detailed to AFP Thierry Chaix , the president of Vert Marine.

So the company is clearly appealing "to local and governmental authorities in order to take the necessary and unprecedented decisions to return to bearable energy costs and allow it to assume public service obligations, and first of all learning about the swimming, especially in schools", explains Vert Marine, which manages around 90 swimming pools and ice rinks in total.

In addition to the discussions with the communities, which are also bent under an overall energy bill sometimes multiplied by two according to France Urbaine, which manages metropolises and large cities, it also appeals to the government.

This question of swimming pools and ice rinks, aging equipment in France and very energy-intensive, is on the menu of the governmental sports working group on energy sobriety.

"With regard to swimming pools and ice rinks, work is carried out in particular with representatives of these players (including Union Sport et Cycle) and local authorities to find solutions to reduce consumption while preserving sporting activity and economic", had specified together the Ministers of Sports and Energy Transition last week. "Additional measures will be studied in the event of strong tensions on the networks", they added.

The punchy closure operated by Vert Marine will undoubtedly advance the reflections. According to the France Urbaine association, around 10% of their 108 members, surveyed a few weeks ago, are considering closing swimming pools this winter.

The mayor of Bourges, Yann Galut, recently explained to AFP that "we can't do anything with our swimming pools", given the importance of learning to swim. "For the inhabitants, the swimming pool is an essential equipment", he recalls.

The Ministry of Sports has made "knowing how to swim" one of the axes of its policy for several years in order to prevent drowning, knowing also that the swimming pools had been put to the test during the Covid.