EXPANSIÓN updates the progress of the Mediterranean Corridor

Next Monday and throughout the morning, the newspaper EXPANSIÓN organizes at the Intercontinental Hotel in Barcelona the ninth edition of the meeting on the Mediterranean Corridor, the railway line that in the future will run along the Spanish coast from Algeciras (Cádiz) to the French border in order to boost freight traffic in the regions it crosses and exports to the rest of Europe. 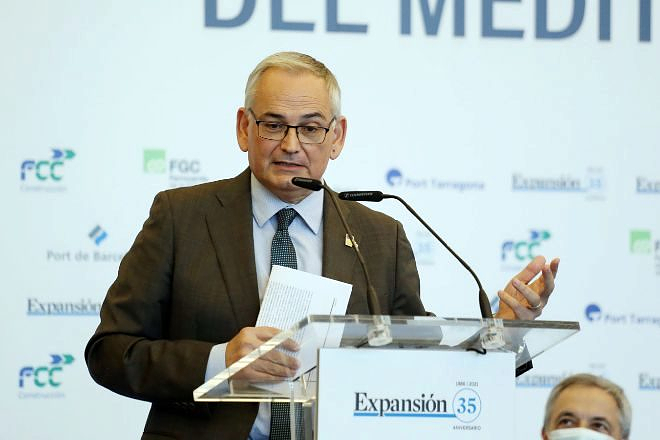 Next Monday and throughout the morning, the newspaper EXPANSIÓN organizes at the Intercontinental Hotel in Barcelona the ninth edition of the meeting on the Mediterranean Corridor, the railway line that in the future will run along the Spanish coast from Algeciras (Cádiz) to the French border in order to boost freight traffic in the regions it crosses and exports to the rest of Europe.

The infrastructure is partially built. In 2023, for example, the General State Budgets foresee a set of items that add up to 318 million euros in Catalonia alone.

The day, within the cycle of events Transforming to grow, will be opened by the commissioner of the Mediterranean Railway Corridor, Josep Vicent Boira, who coordinates the progress made in infrastructure. Boira will discuss the current state of the works.

It will be followed by three round tables. In the first, on port and railway infrastructure as a way of growth for the autonomous communities, the secretary general of the Department of the Vice-Presidency, Digital Policies and Territory of Catalonia, Ricard Font, will speak; the general director of Public Works, Transport and Sustainable Mobility of the Valencian Community, Roser Obrer Marco; the Minister of Development and Infrastructure of Murcia, José Ramón Díez de Revenga, and the Minister of Development of Andalucía, Marifrán Carazo.

The third panel discussion will deal with sustainability, innovation and digitization and will be attended by the head of collaborative projects at Cellnex, Raúl González; the head of department of FCC Construction Miguel Roset, the deputy general director of innovation and business strategy of the Port of Barcelona, ​​Santiago García-Milá, and the president of the Port of Tarragona, Josep Maria Cruset.

At the closing, the Secretary of State for Transport, Mobility and Urban Agenda, Isabel Pardo de Vera, will speak about the new infrastructure policy, focused on environmental sustainability.