Excavator driver gets a suspended sentence for destroying a new building

A former contractor received a suspended prison sentence of one year and five months for demolishing a new building with an excavator out of anger. 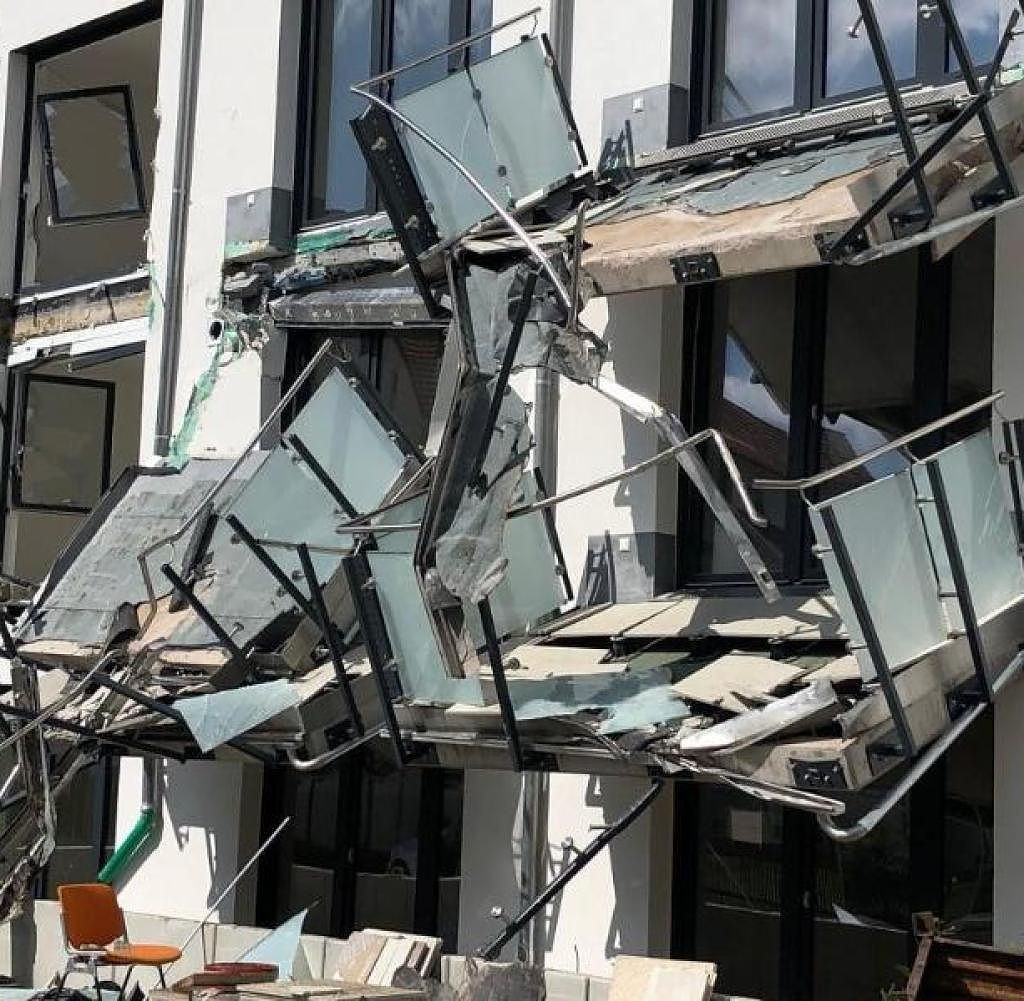 A former contractor received a suspended prison sentence of one year and five months for demolishing a new building with an excavator out of anger. "Vigilante justice is not tolerated here," said the judge at the district court in Donaueschingen, Sabine Summ, on Thursday.

The court of the city in the Black Forest-Baar district held the 48-year-old defendant to good that he made a confession and apologized to the tenants of the house. He now has to compensate two of them with a total of 5000 euros.

The defendant was on trial for destroying buildings. In July last year he intentionally tore down several balconies of the building with a good 30 apartments and destroyed parts of the building facade with the tracked vehicle in Blumberg (Schwarzwald-Baar district).

According to the court, the very unusual incident caused damage in the range of 750,000 euros to two million euros. People weren't hurt then. The background to the vigilantism were disputes with the property developer about money payments. A civil trial on the case is to follow; no date could be found in court.

The accused appeared in front of the court clearly marked. At times he burst into tears. "I was angry with the developer," said the man, who now works as a clerk in the construction industry. On the day of the fact there was a building acceptance. "I sat down in the excavator and tore it down." The crime had also caused a national sensation a year ago.

The former contractor praised in court that the trial was fair. According to Judge Summ, the man, who was previously convicted of a tax offense, has a "favorable social prognosis".

‹ ›
Keywords:
NewsteamSelbstjustizBaugewerbeBlumbergSabine SummKrimiBauunternehmerDonaueschingenSchwarzwald
Your comment has been forwarded to the administrator for approval.×
Warning! Will constitute a criminal offense, illegal, threatening, offensive, insulting and swearing, derogatory, defamatory, vulgar, pornographic, indecent, personality rights, damaging or similar nature in the nature of all kinds of financial content, legal, criminal and administrative responsibility for the content of the sender member / members are belong.
Related News