Ex-President Trump wants to run again in the 2024 election

Former US President Donald Trump wants to run again in the 2024 presidential election and retake the White House. 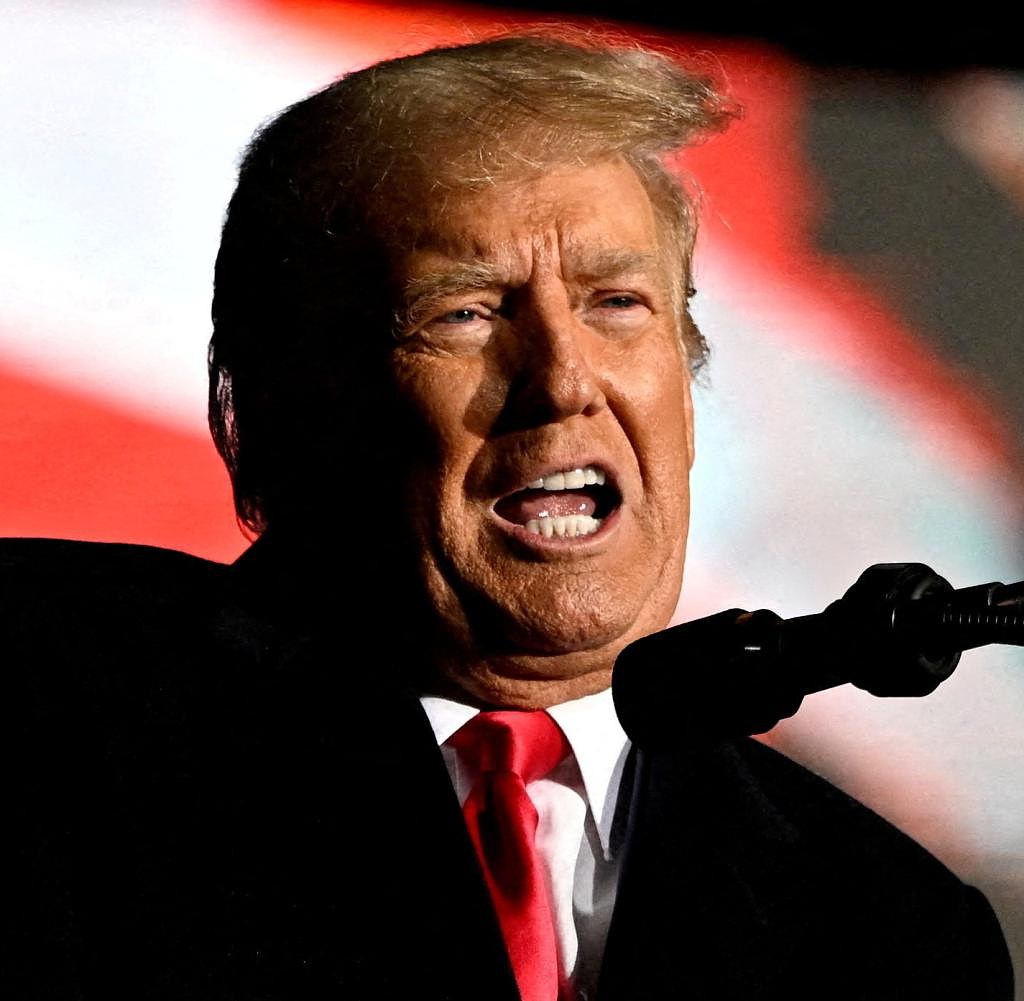 Former US President Donald Trump wants to run again in the 2024 presidential election and retake the White House. "To make America great and glorious again, tonight I announce my candidacy for President of the United States," Trump said Tuesday night (local time) in front of numerous supporters in the ballroom of his Mar-a-Lago estate in Florida.

Trump also submitted official documents for a presidential candidacy on Tuesday. The relevant form for the 2024 presidential election has been filed with the US Federal Elections Commission, according to the agency's website.

Trump was voted out of office two years ago after just one term in the White House. He lost to Democrat Joe Biden in the November 2020 presidential election.

The announcement of a renewed candidacy came at a time when Trump was politically shaken because of the poor performance of his Republicans in last week's midterm elections. Many Republicans blamed the ex-president for the disappointing course of the midterms.

With an announcement of a new attempt for the White House two years before the election, Trump is likely to try to gain an advantage over intra-party rivals such as Florida Gov. Ron DeSantis. The Conservative presidential nominee will be decided in the 2024 primary.

Real estate mogul Trump surprisingly won the 2016 presidential election against former Secretary of State Hillary Clinton of the Democratic Party. Four years in the White House, some of which were chaotic and marked by scandals and affairs, followed. Trump pursued a nationalist course in domestic and foreign policy under the motto "America First" and repeatedly alienated Western allies such as Germany.

In the November 2020 presidential election, Trump lost to his Democratic challenger Biden. However, he did not acknowledge his electoral defeat and spread widely refuted allegations of voter fraud, which ultimately led to the storming of the US Capitol by radical Trump supporters on January 6, 2021. After leaving the White House, Trump, who was still extremely popular with the conservative base, was able to quickly reassert his power over the Republicans.

‹ ›
Keywords:
NewsteamTrumpDonald (geb.1946)USAPolitikJoe BidenWeißes HausWashingtonDonald TrumpFloridaPalm BeachPrivatanwesen
Your comment has been forwarded to the administrator for approval.×
Warning! Will constitute a criminal offense, illegal, threatening, offensive, insulting and swearing, derogatory, defamatory, vulgar, pornographic, indecent, personality rights, damaging or similar nature in the nature of all kinds of financial content, legal, criminal and administrative responsibility for the content of the sender member / members are belong.
Related News