Ex-President Trump calls for McCarthy to be elected House Speaker

Former US President Donald Trump has called on all Republicans in the House of Representatives in Washington to elect Kevin McCarthy as the new chairman of the Congress Chamber. 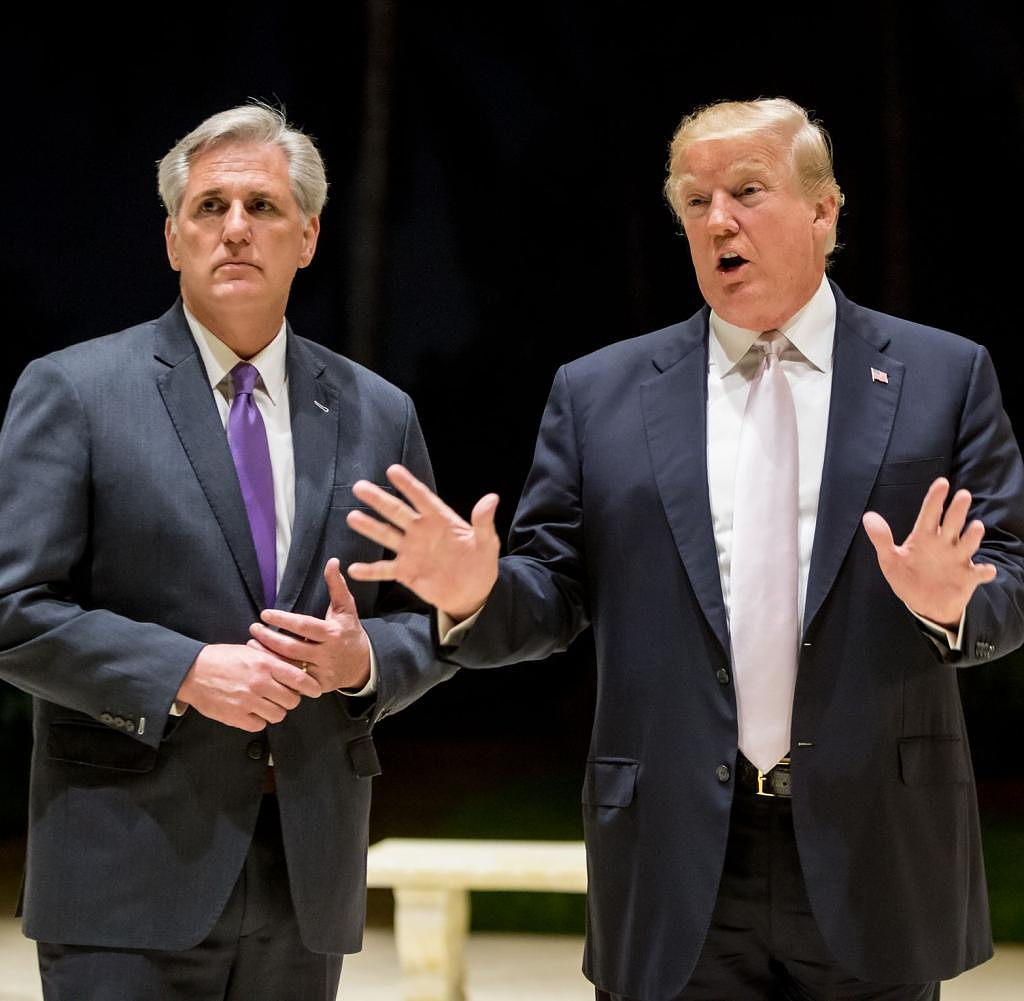 Former US President Donald Trump has called on all Republicans in the House of Representatives in Washington to elect Kevin McCarthy as the new chairman of the Congress Chamber. Trump launched the appeal on Wednesday on his online network Truth Social after McCarthy failed to obtain the required simple majority in three rounds of elections the day before - even though the conservative Republicans hold the majority in the newly constituted House of Representatives.

A number of far-right Trump supporters in the Republican faction have refused to support McCarthy because they see him as too moderate.

Trump now wrote, referring to the majority in the Congress Chamber that his party had won in the so-called midterm elections in November: “Republicans, do not turn a great triumph into a gigantic and embarrassing defeat.” It is now time for “everyone our great Republican members" of the House of Representatives to "vote for Kevin."

Up to 20 Republican lawmakers refused to support McCarthy on Tuesday. After the three failed votes, the chamber adjourned to Wednesday.

Even if McCarthy were ultimately elected, it would be a disgrace of historic proportions: the last time it took more than one round of voting to elect a chairman in the constituent session of the House of Representatives was 1923.

The office of Speaker, known as the Speaker, is the third highest in the United States governmental hierarchy, after the President and Vice President. McCarthy, 57, wants to succeed Democrat Nancy Pelosi in this office.

The Republicans have a slim majority of 222 of the 435 seats in the new House of Representatives. Their majority is thus much narrower than they had hoped the Democrats would get from the mid-term congressional elections of President Joe Biden.

In the first three votes to choose the “speaker” on Tuesday, Democrat Hakeem Jeffries got the most votes. But even he did not obtain the necessary majority for the office. Only when the “speaker of the house” has been elected can the deputies be sworn in and begin their work.

‹ ›
Keywords:
TrumpDonald TrumpWashingtonApple PodcastTexttospeechPolitikNewsteamUSAPolitikDonald (geb.1946)RepublikanerKevinRepräsentantenhausKevin McCarthyMcCarthyWahlrundenKongresskammer
Your comment has been forwarded to the administrator for approval.×
Warning! Will constitute a criminal offense, illegal, threatening, offensive, insulting and swearing, derogatory, defamatory, vulgar, pornographic, indecent, personality rights, damaging or similar nature in the nature of all kinds of financial content, legal, criminal and administrative responsibility for the content of the sender member / members are belong.
Related News