Pilavullakandi Thekkeparambil Usha, aged 58, member of Parliament, is the only one to have applied for this position for which applications are now closed. 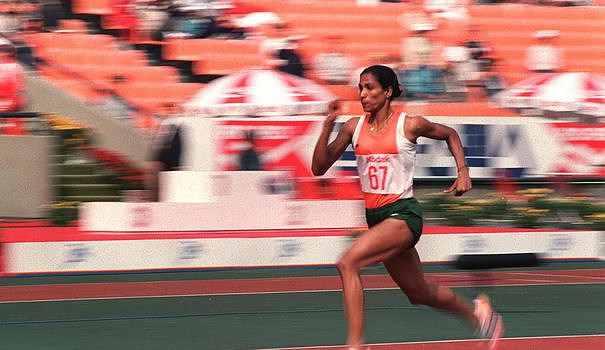 Pilavullakandi Thekkeparambil Usha, aged 58, member of Parliament, is the only one to have applied for this position for which applications are now closed. The election is officially due to be held on December 10.

Former sports minister and current law minister Kiren Rijiju praised her on Twitter on Sunday, calling her a "legendary Golden Girl" for winning multiple gold medals at the Asian Games.

P.T. Usha, who had failed by a hundredth of a second for the bronze medal at the 1984 Olympics, has become an icon of sport in his country.

Nicknamed "Payyoli Express", named after her hometown in the southern state of Kerala, she dominated Indian athletics for nearly two decades, winning eleven Asian Games medals, including four golds in Seoul in 1986, before retiring in 2000.

P.T. Usha will also become the first former international athlete to head the CNOI since the presidency of the Maharaja of Patiala, Yadavindra Singh. The latter, who had participated in a cricket tournament in 1934, had led it from 1938 to 1960.

She will succeed Narinder Batra, who had held the post since December 2017 and had to resign earlier this year by order of a Delhi court. An interim president had taken over until India's Supreme Court ordered new elections.

India, obsessed with cricket, is struggling to shine at the Olympics. This country of 1.4 billion people has won only 35 Olympic medals since 1900.