"Everything is dead": a Chinese farmer disappointed by the heat wave

Its farm is located in a rural area of ​​the municipality-province of Chongqing (southwest), in the heart of the area affected by a wave of drought, unprecedented in its magnitude, which is hitting half of the country. 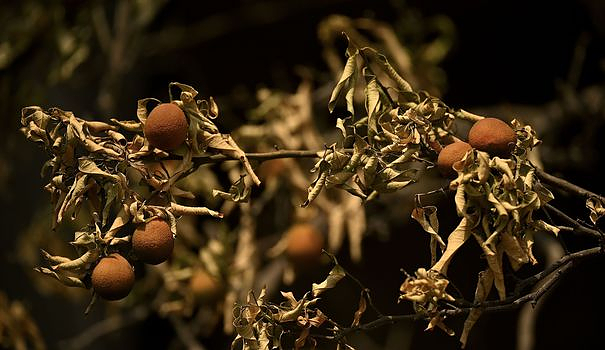 Its farm is located in a rural area of ​​the municipality-province of Chongqing (southwest), in the heart of the area affected by a wave of drought, unprecedented in its magnitude, which is hitting half of the country.

"It's the first time in my life that I've seen such a disaster," Qin Bin, 50, told AFP. "This year is really terrible."

"We should be harvesting right now. But there is nothing left, everything has been burned by the sun", laments the fifty-year-old.

Southern China is recording its longest continuous period of high temperatures since records began 61 years ago.

The heat wave constitutes a "serious threat" for crops, estimated the government, which has notably released 10 billion yuan (1.45 billion euros) in aid to farmers to ensure the autumn harvests, in particular rice. .

But for Qin Bin, the next few months will be tough no matter what. His crops have already dried up. And with them his main source of income.

"Virtually everything is dead," laments Qin Bin. "The government is doing everything to help us. But all we can save are the trees, we can't do anything for the fruit."

He is far from the only one in this situation in his village, where more than 1,000 hectares of lychees are also cultivated, now threatened.

"If you walk through the streets of the town, you will see the extent of the damage," he says, stretching his arm towards the horizon.

The mercury rises above 40°C in the afternoons, so Qin Bin and the other local farmers work nights, from 10 p.m. to 4 a.m. They rest during the day.

"It's impossible to work in the orchard during the day, because the temperature on the ground reaches 60°C. We measured it the other day", he says.

However, these efforts could prove futile if the drought continues next month.

"If it lasts until September 4, as some people say, it's probably more than half of the trees we're trying to save that will be dead," said Qin Bin.

"That would be something horrible to see."

Especially since the effects of the drought will be felt until 2023, underlines Mr. Qin.

"My trees are not going to flower well next season. As a result, the quality of the fruits will suffer a lot," he predicts.

All he can do for now, he says, is hope for life-saving rains.