“Everyone wants to leave” – Germans flee China because of “Zero Covid”.

“How long are you staying?” is the most common question in conversations among Germans and other foreigners in China today. 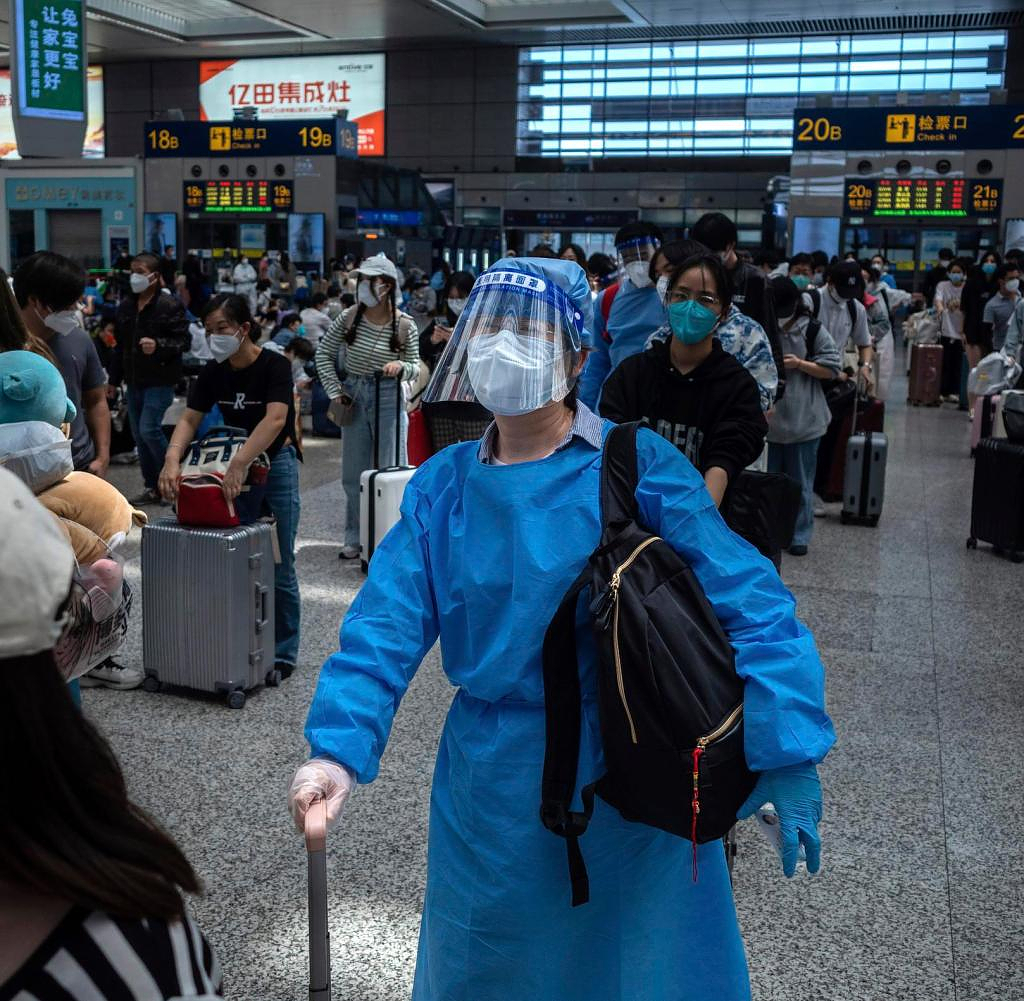 “How long are you staying?” is the most common question in conversations among Germans and other foreigners in China today.

An exodus has set in since the pandemic began almost three years ago: According to rough estimates, the number of foreign managers and specialists in the second largest economy has more than halved. Once upon a time there were 850,000. No one knows exactly how many there are. According to a survey by the Chamber of Commerce (AHK), German companies have lost a quarter of their foreign employees. While a job in China used to be a career leap, it is now difficult to fill the position.

The zero-Covid strategy, repeated lockdowns, constant surveillance and the country's isolation from foreign countries have reduced the quality of life and increased the risk of falling into China's corona mills. Geopolitical tensions, disengagement, persecution of minorities, repression in Hong Kong and saber-rattling against Taiwan have also eroded China's reputation.

The number of Germans who have a bad opinion of China has doubled to 74 percent since 2005, according to polls by the Pew polling institute.

As the rest of the world learns to live with the virus, China is steadfastly demonstrating zero tolerance. Those entering the country have to be in hotel quarantine for seven days plus three days in domestic isolation, which is handled rather arbitrarily locally. There are few flights. A single ticket from Frankfurt to Beijing today costs more than 2000 euros. "The travel restrictions to China and within the country continue to be very difficult to retain or attract foreign employees," says Jens Hildebrandt, executive board member of the German Chamber of Commerce (AHK) in China.

Although easing is to be expected, there is “little prospect” of a fundamental departure from the zero Covid goal. “The risk of further lockdowns looms over everything like the sword of Damocles,” says Hildebrandt. "Horror scenarios like the two-and-a-half-month lockdown in Shanghai are in the minds of many foreigners." In addition, there is the increasingly negative image of China in Germany in difficult geopolitical times. In short: Retaining and sending specialists and executives to China has become a difficult business.

Where everyone wants to leave, nobody wants to go anymore. "German companies have to dig deep into their pockets to offset the current disadvantages of China as a location," says Hildebrandt. "Many do the same." German companies have long been filling key positions in China with local employees. "Those companies that invested early in the training and further education of local employees are less affected in the short term."

The fact that the Corona app on the cell phone determines every step affects the attitude to life for many posted Germans and other foreigners in China. If you can't prove a negative PCR test at the entrance within 72 hours, you often won't even be able to get into your own apartment, let alone the supermarket or restaurant. Everyone needs to be scanned: total control and contact tracing. If there is a corona case somewhere, entire neighborhoods are closed. If someone is identified as a potential contact, quarantine will be ordered.

"The danger was just too great for me," says a woman from Hamburg who left for Germany alone with her seven-year-old daughter before her husband's contract expired. If the daughter had tested positive, she would have had to go into hospital quarantine.

While even small children used to be separated from their parents, which can trigger traumatic experiences, the German embassy has now been able to enforce that at least one parent is allowed to come along.

The danger of getting caught up in the Covid machinery is so great that the EU Chamber of Commerce writes in its latest position paper: “Companies are even wondering whether it is their responsibility to station foreign workers in China when numerous restrictions mean that they are not able to guarantee basic duty of care for them and their families.” Companies therefore limit themselves to employees who are young and have no family – or to older people whose children are grown. That severely limits the options.

The exodus is palpable. There are fewer foreign faces on the streets of Beijing. In the pub "Great Leap", which is popular among "expats" for craft beer, hamburgers and pizza, only two couples sit on a Saturday lunchtime, where it used to be difficult to get a seat. It's also getting lonely in the foreigners' settlements outside the gates of the capital.

Hairstylist Cindy, who has been cutting the hair of foreign clients in the clubhouse of a condominium for a long time, complains: “I still have maybe 20 percent of the business I used to have.” Her salon is mostly empty today. "Everyone wants to leave."

‹ ›
Keywords:
TexttospeechNewsteamChina (Volksrepublik)Coronavirus In EuropaCoronavirus In ChinaKarriereReisebeschränkungChina
Your comment has been forwarded to the administrator for approval.×
Warning! Will constitute a criminal offense, illegal, threatening, offensive, insulting and swearing, derogatory, defamatory, vulgar, pornographic, indecent, personality rights, damaging or similar nature in the nature of all kinds of financial content, legal, criminal and administrative responsibility for the content of the sender member / members are belong.
Related News