Even the coach dances with Brazil's magic show against South Korea

When the country's legend sends a message, all of Brazil listens. 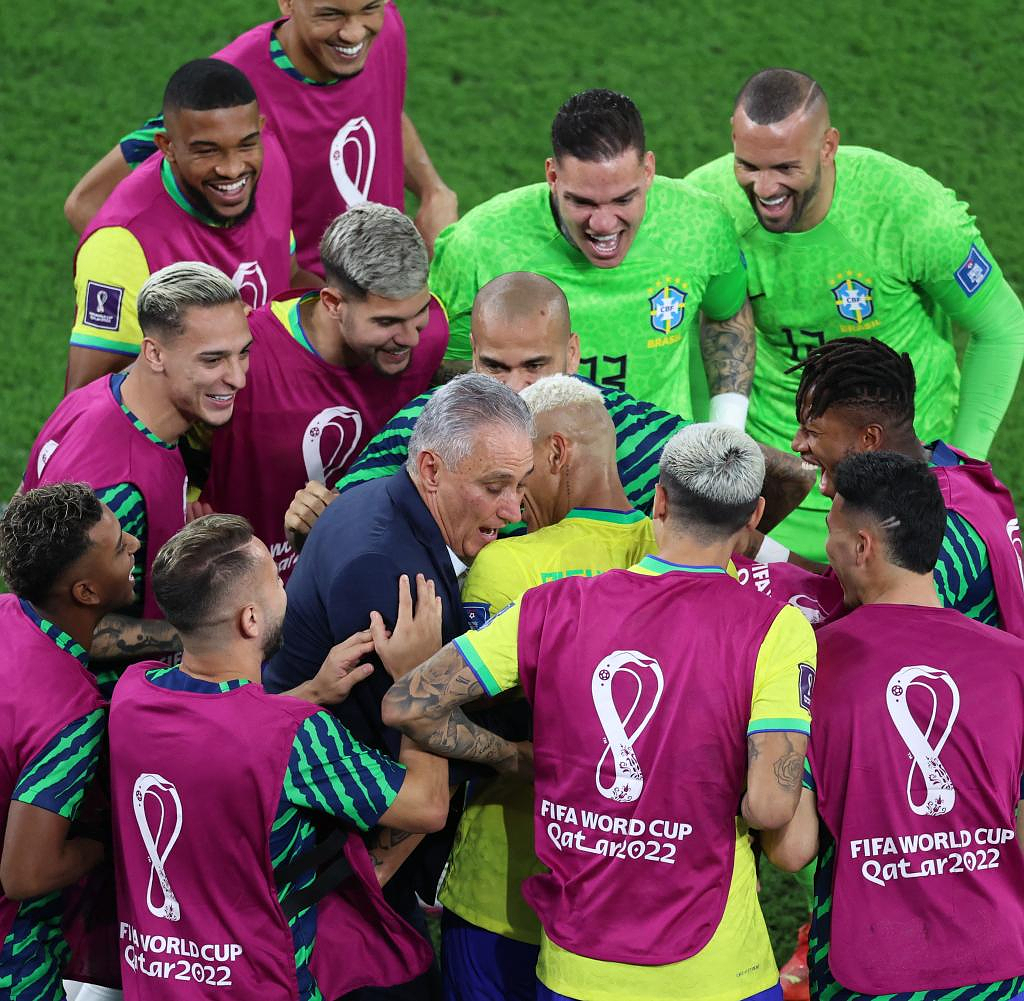 When the country's legend sends a message, all of Brazil listens. "I'll be following the game here from the hospital and I'll be cheering for each and every one of you. We are on this path together,” said the seriously ill Pelè before Brazil's World Cup round of 16 against South Korea. The 82-year-old idol's words were heard. Brazil played their opponent 4: 1 (4: 0) against the wall.

In the early stages, the fans at the stadium paid homage to Pelé with a special action. In memory of the former Seleção number ten, they unveiled a flag with the idol's likeness after ten minutes during the duel with South Korea on Monday. The salute fell in the middle of their team's goals. A little later, Neymar (13th minute) made it 2-0 after Vinicius Júnior (7th) had given the five-time world champion the lead.

Pelé has been in the hospital in São Paulo for several days. According to media reports, the chemotherapy is no longer working for him. The 82-year-old himself has meanwhile reported via Instagram and reported that he is strong and full of hope. Even at the 1-0 draw in the final preliminary round match against Cameroon, the Brazilian fans held up two large jerseys with the message: "Get well soon."

In the first half, Brazil played like crazy against South Korea. Especially the goal to 3:0 was a feast for the eyes. After a failed header by the South Koreans in their own penalty area, the ball came to Richarlison. Then it got spectacular: The striker, who had already scored with a side kick in the preliminary round against Serbia, held the ball up four times with his head and then twice with his foot and passed to Marquinhos.

The defender played the ball to Thiago Silva, who passed with a touch to Richarlison, who ran into the penalty area. While the South Koreans looked on in amazement, the attacker put the ball in to make it 3-0. After a jubilant dance with his teammates, the scorer ran to the substitutes' bench, where he also celebrated with the substitutes. Suddenly national coach Tite danced along too.

Before the break, Lucas Paqueta even increased the lead to 4-0 (36') after fine preliminary work from Vinicius Júnior. Brazil didn't score in the second half, but were in complete control. So much so that national coach Tite gave Dani Alves time after just over an hour. The 39-year-old right-back is currently without a club and still made it into Brazil's World Cup squad.

After South Korea scored the consolation goal through Seung-Ho Paik (76'), substitute goalkeeper Weverton was also allowed onto the field. The South Americans were the only team to field 25 different players in the preliminary round - now even the last player was allowed onto the pitch without playing minutes.

In the round of the top eight, the South Americans will meet runners-up Croatia this Friday (4:00 p.m.), who had previously beaten Japan 3-1 on penalties. Neymar and his dancing teammates also go into this duel as favorites.

‹ ›
Keywords:
JapanFussballBrasilienSüdkoreaFußball WM 2022Neymar(SportlerFußball)KroatienBrasilien Fußballnationalmannschaft
Your comment has been forwarded to the administrator for approval.×
Warning! Will constitute a criminal offense, illegal, threatening, offensive, insulting and swearing, derogatory, defamatory, vulgar, pornographic, indecent, personality rights, damaging or similar nature in the nature of all kinds of financial content, legal, criminal and administrative responsibility for the content of the sender member / members are belong.
Related News