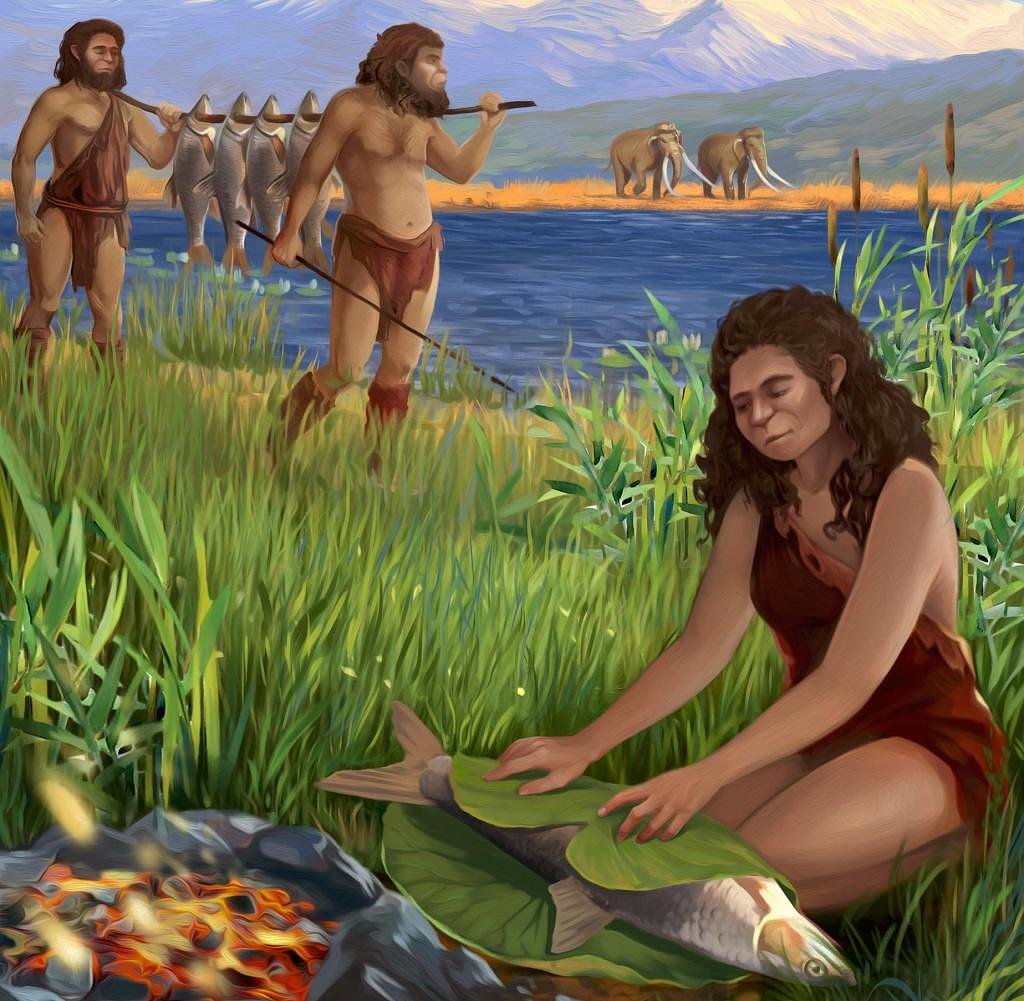 Early humans probably ate cooked fish around 780,000 years ago. This is the result of examining finds at the Gesher Benot Ya'aqov excavation site at the former Hula Lake in the Jordan Valley in northern Israel. Discovered fish teeth show microstructures that indicate controlled heating to 200 to 500 degrees Celsius.

"These new findings not only demonstrate the importance of freshwater habitats and the fish they contain in prehistoric man's diet, but also illustrate their ability to control fire to prepare food," says Zohar.

The finds also showed early humans' understanding of the benefits of cooking fish before consumption. While fish can be eaten raw, previous research has shown that cooked fish is more nutritious, safer to eat and easier to digest.

At the excavation site, which was determined to be 780,000 years old, the scientists discovered thousands of pharyngeal teeth, which are typical for carp. They could assign the teeth to different types. Luciobarbus longiceps and Carasobarbus canis, both of which are native to the Jordan, were particularly common.

The site was different from another where researchers found bones, skulls and other remains of numerous fish. No other remnants were present at the site of the pharyngeal teeth, so it is very unlikely that it was a place where fish died a natural death.

The research team used a previously developed method to find out whether the fish to which the pharyngeal teeth belonged had been cooked or burned. To do this, they carried out a crystal structure analysis using X-ray irradiation. In the enamel of the pharyngeal teeth there are tiny structures that change in length according to the temperature to which they have been exposed.

In the length range of 18 to 23 nanometers (millionths of a millimeter), the teeth have been heated to 200 to 500 degrees, which corresponds to early forms of cooking (without water). At more than 23 nanometers, the researchers assume that the fish will burn.

The deformation, which is greater at lower temperatures than at high temperatures, also indicates a controlled use of the fire's heat. The scientists also found tiny pieces of burned flint, which indicates a hearth, perhaps an earth oven.

"We do not know exactly how the fish was prepared, but since there is no evidence that it was exposed to high temperatures, it is clear that it was not cooked directly in the fire and was not thrown onto the fire as waste or as material to be burned" , says Jens Najorka of the Natural History Museum in London, a co-author of the study.

Based on other finds discovered at the excavation site, archaeologists attribute the site to the Acheulean culture. "This is another in a series of discoveries relating to the great intellectual abilities of the Acheulean hunter-gatherers active in the ancient region of the Hula Valley," explains Naama Goren-Inbar of the Hebrew University of Jerusalem, another author of the study.

The Acheulean culture, with their double-edged hand axes, is often associated with Homo erectus. However, other early human species, such as Homo habilis, Homo rudolfensis and Homo ergaster, are also possible originators.

‹ ›
Keywords:
ArchäologieErnährungsgeschichteFrühmenschenTexttospeechJordantalIsraelGesher Benot YaaqovNatural History MuseumAcheuléenKulturMusik
Your comment has been forwarded to the administrator for approval.×
Warning! Will constitute a criminal offense, illegal, threatening, offensive, insulting and swearing, derogatory, defamatory, vulgar, pornographic, indecent, personality rights, damaging or similar nature in the nature of all kinds of financial content, legal, criminal and administrative responsibility for the content of the sender member / members are belong.
Related News