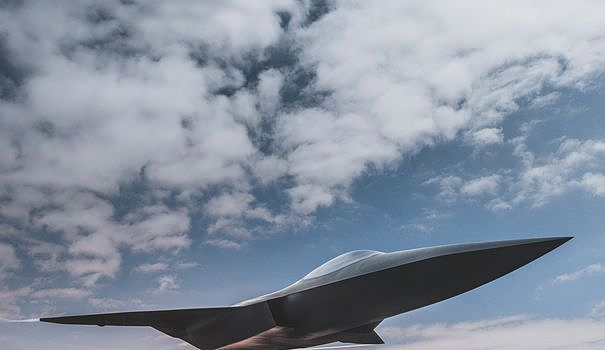 Will the European combat aircraft project finally be able to take off? Industrialists have reached an agreement for the costly and complex European combat aircraft project, after more than a year of tussle between Dassault and Airbus, concordant sources said on Friday. "After intense negotiations, an agreement between industrialists was able to be reached for the next phase of the program" of the Future Air Combat System (Scaf), said the German Ministry of Defense in a press release. "The political agreement on Scaf is a big step forward and - especially in the current international context - an important signal of the excellent cooperation between France, Germany and Spain", reacted the French presidency, emphasizing that "France assumes the role of leader of the project". The European aircraft manufacturer Airbus also welcomed this agreement.

“Now a number of formal steps in the respective countries have to be completed in order to allow a quick signing of the contract which we will have to comply with,” he added. Launched in 2017, the Future Air Combat System, which also includes drones, is supposed to enter service by 2040. At the end of August 2021, the three countries concerned, France, Germany and Spain, had signed an agreement providing for 3.6 billion euros in detailed studies to launch the construction of a flight demonstrator in 2025.

But the contracts had not been signed for lack of agreement on the sharing of tasks between the French manufacturer Dassault Aviation and its main partner, Airbus. At the heart of the dispute: the question of leadership. Airbus and Dassault could not agree on the distribution of tasks on pillar 1 - the combat aircraft itself - the last of the nine pillars of the program on which discussions stumbled. But on Monday, Airbus had expressed its optimism to reach an agreement before the end of the year with Dassault. "It is both a battle between industrialists but also between States", summed up in L'Express Laurent Deloire, defense specialist at SIA Partners, last July.

However, the States have no choice but to agree if they want to carry out this project. The total cost of the program - some 100 billion euros mentioned - is such that it is not possible to carry it out on a national scale, but on a European scale, underlined its promoters. The Scaf program is a "system of systems" which revolves around the aircraft with accompanying drones, all connected, via a "combat cloud", with the other military means engaged in an operation. It is supposed to replace, in 2040, the French Rafale and German and Spanish Eurofighter.

This essential agreement for the continuation of the program comes as French Prime Minister Elisabeth Borne is expected on November 25 in Germany, where she will meet Chancellor Olaf Scholz. This visit will be an opportunity for Paris to put some oil in the cogs of the Franco-German engine which had seized up on energy and defense issues. "This confrontation is neither lasting nor desirable. Admittedly, Berlin and Paris have already experienced estrangements, as in 2000, but then Europe was not experiencing, on its soil, the most serious conflict since the Second World War. ", underlined in L'Express in October Cécile Maisonneuve, founder of Decysive and advisor to the Energy Climate Center of Ifri.

Die Welt, a conservative German daily, summarizes the reasons for this estrangement in a few words: "It is above all the question of energy that divides the two countries. But the problem also arises for joint armament projects, the Scaf , the Franco-German combat aircraft, and the 'tank of the future', where disagreements and jealousies between the companies involved have kept them at the stage of paper tigers for years." Franco-German cooperation in the field of defense has struggled to materialize on several projects.

In addition to the Scaf, the new battle tank program called MGCS, supposed to enter service around 2035, remains mired in the rivalries between the Franco-German groups KNDS - bringing together the German KMW and the French Nexter - and German Rheinmetall. By announcing, at the end of February, an envelope of 100 billion euros for defense, Olaf Scholz had recalled that the Scaf and the MGCS constituted an "absolute priority". And this despite the recent purchase of American F-35 planes, which will be used mainly in Berlin to transport American nuclear missiles as part of NATO's deterrence operations.

Other Franco-German defense projects have experienced hiccups in recent years, or even been abandoned. Like the modernization of Tiger helicopters, a missile and an artillery system, at a time when Russia's invasion of Ukraine poses the acute question of strengthening European defense capabilities. On the other hand, after there also a big delay in ignition, the Eurodrone program was notified at the beginning of the year to Airbus, its industrial leader. Competitor of the Scaf, the Tempest program, carried by Great Britain - Italy and Sweden are also partners -, passed a stage last July when it was announced that a pre-prototype would fly "in the next five years".