Life-threatening heat waves could occur much more frequently in the wake of the climate crisis. 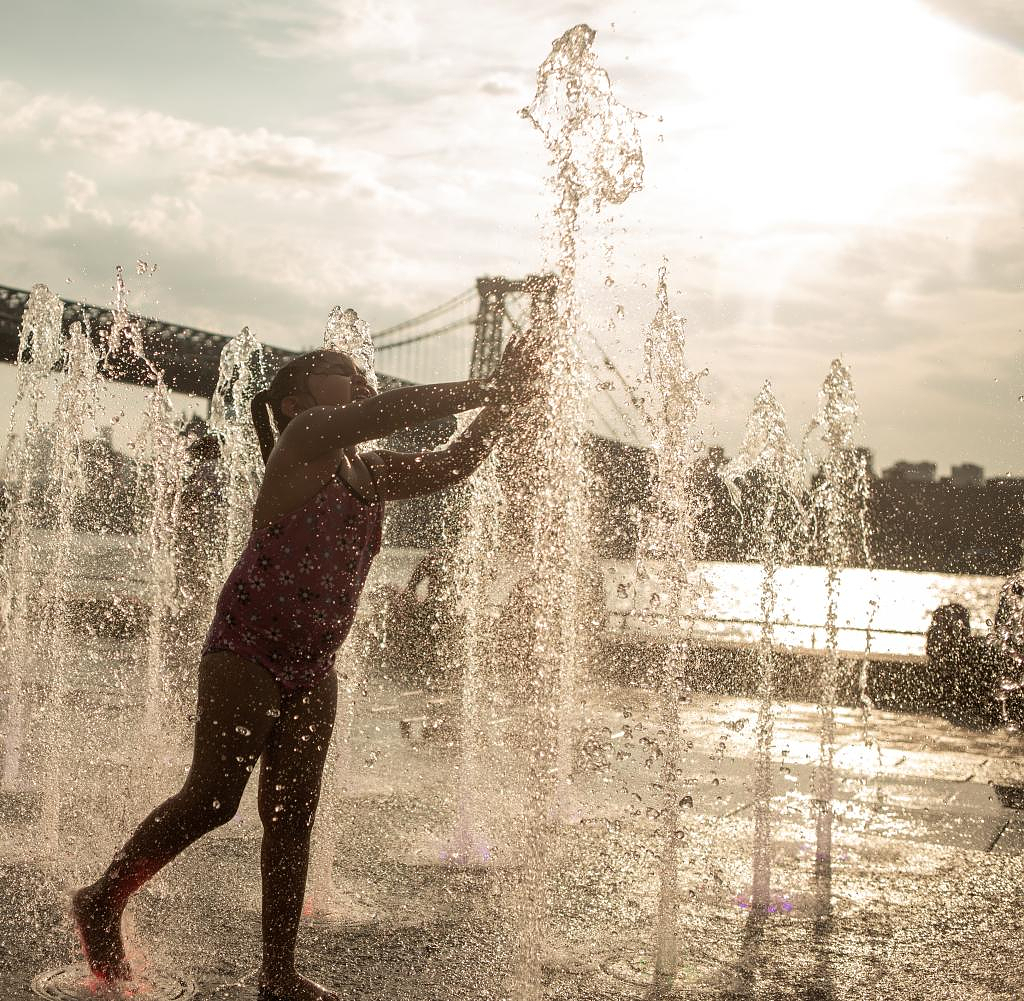 Life-threatening heat waves could occur much more frequently in the wake of the climate crisis. This results from calculations by American scientists. In some tropical and subtropical areas, as early as 2050, many people could be exposed to a perceived temperature of more than 39 degrees Celsius on a quarter to half of the days of the year, according to the researchers' calculations for a moderately bad scenario. In a temperate city like Chicago, perceived temperatures of more than 37 degrees for four consecutive days by the end of the century could be 16 times as frequent as in 1979-1998.

For their study, the researchers used the US National Weather Service's heat index, which takes into account the effects of temperature and relative humidity on people (heat stress) - one could also speak of perceived temperature. From 39.4 degrees Celsius, the heat index classifies a weather situation as "dangerous", from 51.1 degrees as "extremely dangerous". Such a situation can lead to heat stroke within a few hours.

"These standards were first created for people who work indoors in places like boiler rooms - they were not considered conditions that would occur in outdoor environments," Vargas Zeppetello is quoted as saying in a statement from his university.

In their model calculations, the scientists took into account forecasts for the future development of the population and the gross domestic product of the individual countries and regions. The amount of carbon dioxide (CO2) emitted by the respective industry was also included. Various greenhouse gases contribute to climate change, but because experience has shown that CO2 development is a good indicator of temperature development, the researchers concentrated on CO2. For the years 2050 and 2100, Vargas Zeppetello and colleagues calculated a favorable, an intermediate and an unfavorable alternative.

"The number of dangerous heat days in the mid-latitudes -- including the southeastern and central US -- will more than double by 2050," said co-author David Battisti, also of the University of Washington. By the year 2100, researchers in the USA, Western Europe, China and Japan even expect three to ten times as many days with dangerous weather conditions as in the reference period 1979 to 1998 - even if the Paris climate target (global warming well below two degrees Celsius) is met.

It will be even more dangerous for people in subtropical and tropical climates by the end of the century. In the middle scenario, with a three degree increase in the global mean temperature compared to the pre-industrial period, the threshold of 39.4 degrees would be exceeded on the majority of days of the year in many regions. This would particularly affect sub-Saharan Africa, the Arabian Peninsula and India. Even the heat index class "extremely dangerous" (more than 51.1 degrees) would be reached in these regions on more than 15 days every year. This applies to the middle alternative, in the unfavorable one this would happen even more often.

“It is extremely scary to imagine what would happen if the extremely dangerous threshold were exceeded 30 to 40 days a year,” says Vargas Zeppetello. This can only be prevented if humanity would quickly and drastically reduce CO2 emissions. Because even if the requirements of the Paris Agreement of 2015 (a maximum temperature increase of less than two degrees as far as possible) were met, humanity would have to think about measures to adapt to the heat waves. The researchers put the probability that the global temperature increase will be only 1.5 degrees by the year 2100 at just 0.1 percent.

‹ ›
Keywords:
TexttospeechArtenschutzArtensterbenErnährungArabische HalbinselMITSouth AfricaKruger National ParkLions AreEvan FrickeEuropaUniversity Of WashingtonIndienTanzaniaGesundheitWesteuropaEMBARGOSSPERRFRISTNURVargas ZeppetelloAustraliaChicagoUSA
Your comment has been forwarded to the administrator for approval.×
Warning! Will constitute a criminal offense, illegal, threatening, offensive, insulting and swearing, derogatory, defamatory, vulgar, pornographic, indecent, personality rights, damaging or similar nature in the nature of all kinds of financial content, legal, criminal and administrative responsibility for the content of the sender member / members are belong.
Related News