Eurobasket-2022: the Blues still in half, still in the snatch 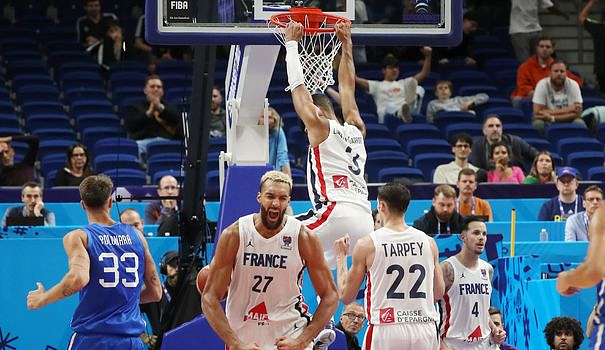 "It's been twice now," breathed captain Evan Fournier (17 pts). "We have to stop having this air pocket during which we do nothing," he added, referring to the disastrous third quarter of the Blues.

The dream of Vincent Collet's men to conquer the continental title remains intact. And here they are for the third time in a row in the semi-finals of a major tournament, after the bronze medal of the World Cup-2019 and the silver of the Tokyo Games last summer.

However, once again, they no longer had their destiny in their hands. Like the Turkish Cedi Osman on Saturday, Simone Fontecchio (21 pts) missed the two free throws which could have put the Azzurri away sixteen seconds from the buzzer (77-75). And like Saturday, the Blues offered themselves a five-minute extension by equalizing on their last possession (77-77).

If miracles follow one another, so do air pockets in the third quarter. A 17-3 conceded (from 53-45 to 56-62) allowed the Italians to take the lead for the first time in the match.

"In five minutes, there was everything, loss of balls, no withdrawal, no rebounds," listed Evan Fournier.

Two steps from a potential title, Vincent Collet's men are already European champions of lost balls in this tournament (almost 16 per match on average), their "sin" pointed to Vincent Collet, a sin confessed but still not corrected.

The Blues offered too much candy to the Italians (17 loss of balls before extra time) while depriving themselves of shots.

They owe their survival for a lot to their leader Thomas Heurtel who signed a great game (20 pts, 8 assists).