The EU wants to give Ukraine even more support in the war against Russia. 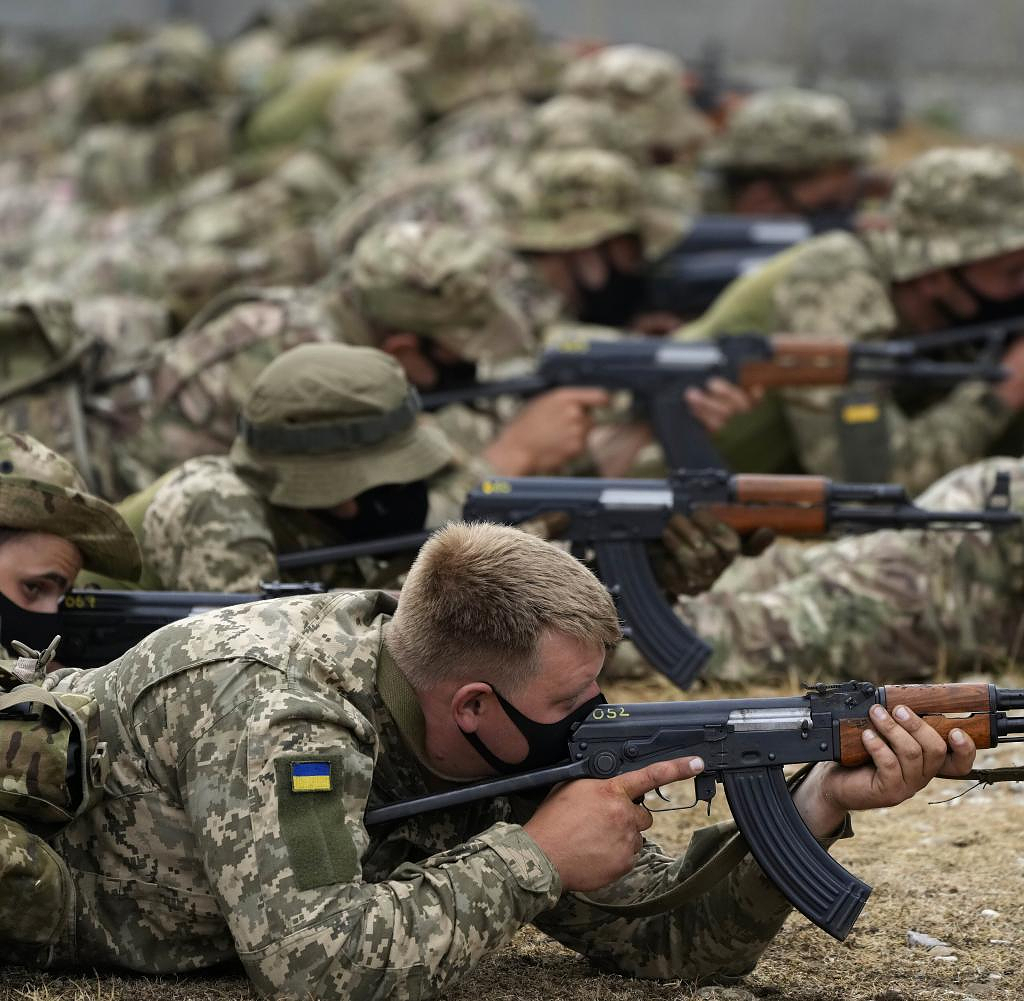 The EU wants to give Ukraine even more support in the war against Russia. According to information from WELT AM SONNTAG, after some bitter controversy, the member states agreed to start training Ukrainian soldiers in the countries of the European Union shortly. The mandate for the assignment is initially for two years.

The EU foreign ministers will officially approve the decision at their meeting in Luxembourg in mid-October. Up to 15,000 Ukrainians are said to be in training by next winter, and the number could increase significantly later. In an internal letter in September, Kyiv asked for the training of up to nine brigades, each of which can consist of up to 5,000 people.

In addition to the planned training mission, the EU also wants to massively expand military aid for Ukraine in the coming months. The previous financial pot, the so-called European Peace Facility (EFF) in the amount of 5.7 billion euros, from which, in addition to the new training mission, the arms deliveries of the member states are also partly financed, is to be increased considerably. Ten to twelve billion euros are under discussion by 2027. However, nothing has been decided yet. So far, 2.6 billion euros have been spent from the EFF on military support for Kiev.

Since Russia's attack on Ukraine on February 24, EU chief diplomat Josep Borrell has been working tirelessly on the training mission. The question of where the focus of the training should take place remained open until the very end. With all sorts of arguments, Berlin rejected the proposal of the European External Action Service (EEAS) to set up a central training camp in Poland because of the closer proximity to Ukraine.

In addition to smaller courses in various EU countries, there will now be two operational headquarters, high-ranking diplomats report: one in Poland and one in Germany. The confidential decision of the leading Political and Security Committee (PSC) of the EU on Friday, which is available to WELT AM SONNTAG, states: "In view of the urgency of the Ukrainian demands, the relevant modules and structures should be set up quickly."

According to the decision, there will be a multinational operational-level training command to be set up in Poland. There, Ukrainian soldiers are to be trained, for example, in defense against cyber weapons and weapons of mass destruction, in medical services, but also in questions of air defense and the use of artillery.

In the second training command (Special Training Command), Germany is likely to offer special training units, such as mine clearance or tactical training, on a larger scale, according to diplomats.

The training mission, which is officially called the "European Union Military Support Mission for Ukraine" (EUMAMUA), is intended to supplement the previous training units of the individual EU states for Ukrainian soldiers with additional offers and to better coordinate the training overall across countries.

According to the internal crisis management concept of the European External Action Service, the aim of the training is that “Ukraine is able to independently conduct combat operations to defend territorial integrity and sovereignty”.

In the crisis management concept, the EU diplomats concede that the Moscow training mission could be seen as an “escalatory step”. At the same time, it says: "The successful counter-offensive of the Ukrainian armed forces on several fronts is encouraging, but it does not yet mark a turning point." Current international support for Ukraine is insufficient and "Ukraine's needs exceed its current capabilities".

On Saturday, an explosion severely damaged the Crimean Bridge between Russia and Moscow's annexed Black Sea peninsula. Russian President Vladimir Putin has ordered an investigation. Three people were killed, it said. In Ukraine, the attack was greeted with jubilation. The Internet newspaper "Ukrajinska Pravda" reported, citing security circles, that the Ukrainian secret service SBU was involved. Moscow had always described attacks on the strategically important bridge as a red line.

‹ ›
Keywords:
RusslandPolitikSoldatenUkrainePolitikRusslandUkraineKrieg (24.2.2022)
Your comment has been forwarded to the administrator for approval.×
Warning! Will constitute a criminal offense, illegal, threatening, offensive, insulting and swearing, derogatory, defamatory, vulgar, pornographic, indecent, personality rights, damaging or similar nature in the nature of all kinds of financial content, legal, criminal and administrative responsibility for the content of the sender member / members are belong.
Related News