"We are going to discuss frankly and openly (. 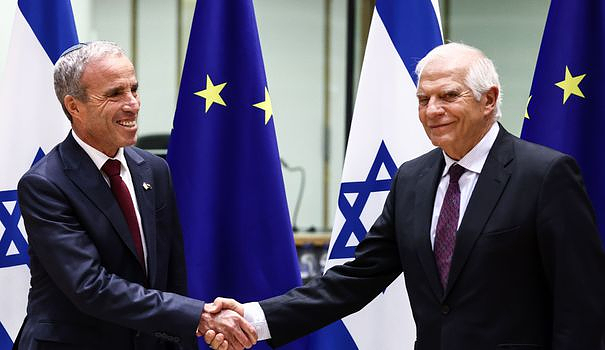 "We are going to discuss frankly and openly (...) the situation in the Palestinian Territories and the peace process which is at a standstill", assured Mr. Borrell before the start of a meeting of the council in Brussels. of EU-Israel Association, a body which had not met for a decade.

"After a long break of 10 years, we are bringing this platform back to life," he said.

The Israeli Prime Minister is not present in the European capital and was to participate in the meeting by videoconference.

The head of EU diplomacy noted the support expressed at the UN General Assembly by Yair Lapid for a peace agreement based on the two-state solution. "This is also what we are in favor of, we must explore how to progress in a concrete way", underlined Josep Borrell.

Two Palestinians were killed Monday by Israeli forces near Ramallah in the central occupied West Bank.

The Israeli army has stepped up operations in the occupied West Bank in the wake of a wave of anti-Israeli attacks that have left 20 dead since mid-March. These operations, punctuated by clashes with the population, also left dozens dead on the Palestinian side, including members of armed groups.