"The African Union has sent an invitation for peace talks. 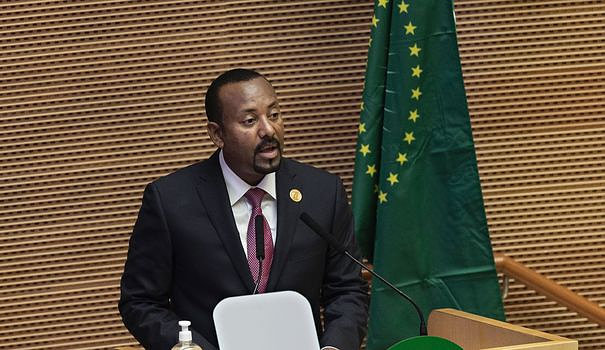 "The African Union has sent an invitation for peace talks. The government of Ethiopia has accepted this invitation, in line with our principled position regarding the peaceful resolution of the conflict and the need for talks without preconditions," it said. in a tweet Redwan Hussein, National Security Advisor to Prime Minister Abiy Ahmed.

In a statement, the Ethiopian Government Communications Service (GCS) said that the AU had communicated in its invitation the date and venue of the talks, but gave no details about it.

Asked by AFP about this invitation, the rebel authorities of Tigray, in conflict with the Ethiopian federal government, did not immediately respond.

"We will communicate the details at the appropriate time, in consultation with the parties," Ebba Kalondo, spokesman for AU Commission Chairman Moussa Faki, told AFP.

No details on the participants were also published, in particular if neighboring Eritrea, one of the most closed and authoritarian countries in the world, whose army supports the Ethiopian government forces, had been invited. The Tigrayan rebels have always declared that they would refuse Asmara's presence at possible talks.

A diplomatic source told AFP that the AU had set up a troika of mediators, made up of former Nigerian presidents Olusegun Obasanjo (the organization's special envoy to the Horn of Africa) and Kenyan Uhuru Kenyatta, as well as former South African Vice-President Phumzile Mlambo-Ngcuka.

After a five-month truce that had raised hopes for peace negotiations, fighting resumed on August 24 in northern Ethiopia between Tigrayan rebels and the Ethiopian federal army, supported by forces from the Tigray border regions. and by those of Eritrea.

US Special Envoy for the Horn of Africa Mike Hammer has returned to the region since October 3, following a previous visit in September, to "achieve an immediate cessation of hostilities in northern Ethiopia and support the launch of peace talks under the auspices of the African Union," according to a statement from the State Department.

The conflict in northern Ethiopia began in November 2020 when Prime Minister Abiy Ahmed sent the federal army to Tigray to dislodge regional government leaders, who challenged his authority and whom he accused of attacking military bases. on the spot.

Hostilities are largely taking place behind closed doors, with northern Ethiopia off limits to journalists.

According to concordant sources, the federal and regional Ethiopian forces and the Eritrean troops have since the resumption of the fighting taken Tigray in pincers, leading offensives from the four cardinal points.

In September, the Eritrean army crossed the 500 km border separating the country from northern Tigray in several places but made little progress, according to these sources, and the positions on the ground have changed little in recent weeks, despite deadly battles.

After a lightning victory in November 2020, the federal army was pushed out of most of Tigray in mid-2021 by a counter-offensive by Tigrayan rebels that saw them approach Addis Ababa. They then retreated to Tigray and have since accused the government of "besieging" the region, which the latter denies.

The toll of this deadly war is unknown. But it has displaced more than two million people and plunged hundreds of thousands of Ethiopians into near-famine conditions, according to the UN.

A region of six million inhabitants, Tigray has also been deprived for more than a year of electricity, telecommunications, banking services or fuel and the UN has completely interrupted the delivery of its humanitarian aid since the resumption fights.