Ethiopia: the international community calls for seizing the "opportunity" for peace

Since the start of the conflict in November 2020, numerous diplomatic efforts to bring the Tigrayan rebel authorities and the federal government to the same table have remained in vain. 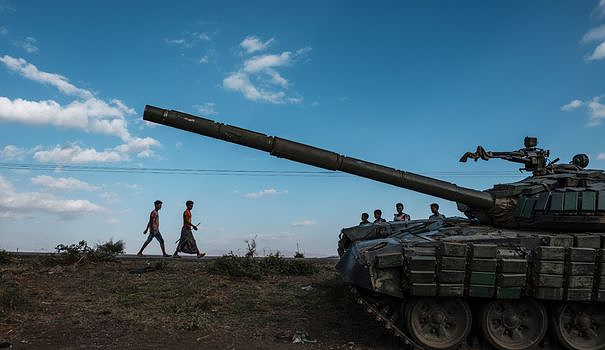 Since the start of the conflict in November 2020, numerous diplomatic efforts to bring the Tigrayan rebel authorities and the federal government to the same table have remained in vain. And the resumption of fighting on August 24, after a five-month truce, had further darkened the prospects for a negotiated peace.

But in a statement released Sunday evening, the Tigrayan authorities from the Tigray People's Liberation Front (TPLF) said they were ready "to participate in a robust peace process under the auspices of the African Union" (AU).

The government, which had repeated at the end of July to be ready to discuss "anytime, anywhere" with AU mediation, had not officially reacted Monday morning.

As of Sunday evening, the AU welcomed the Tigrayan announcement, hailing a "unique opportunity".

The UN Secretary General, Antonio Guterres, as well as the head of European diplomacy Josep Borrell called "to seize this opportunity".

The United States, in a statement by Secretary of State Antony Blinken, also called on "the country's leaders to put Ethiopia on a path that ends suffering and brings about lasting peace."

"Eritrea and others must stop escalating the conflict," added the head of American diplomacy.

Fighting in northern Ethiopia has raged on several fronts since the resumption of hostilities on August 24, for which both sides deny responsibility.

The rebels accuse the Ethiopian and Eritrean armies of having launched a joint offensive from Eritrea, a country which borders northern Tigray and has already lent a hand to Ethiopian forces during the first phase of the conflict.

Journalists do not have access to the north of Ethiopia and the telecommunications networks there operate very erratically, making independent verification impossible.

At the end of July, Abiy Ahmed's national security adviser, Redwan Hussein, said that the "government was ready to discuss anytime and anywhere", adding that "discussions should start without preconditions".

In their press release, the Tigrayan authorities did not mention any preconditions, affirming their desire for a "credible" peace process with "mutually acceptable" mediators as well as international observers.

"We are ready to respect an immediate and mutually agreed cessation of hostilities, in order to create a conducive atmosphere," they added.

In a letter four days earlier to Antonio Guterres, TPLF leader Debretsion Gebremichael had offered a conditional truce, calling in particular for "unhindered humanitarian access" and the return of essential services to Tigray, hit by severe shortages. food and deprived of electricity, communications and banking services.

He also demanded the departure of the Eritrean forces present on Ethiopian territory and the withdrawal of the regional Amhara forces which have taken position since the end of 2020 in Western Tigray, a region disputed and claimed by Tigrayans and Amhara - the country's second ethno-linguistic population.

The toll of the deadly conflict in Tigray is unknown. But it has caused the displacement of more than two million people and plunged hundreds of thousands of Ethiopians into conditions close to starvation, according to the UN.

The resumption of fighting has completely interrupted the road and air transport of humanitarian aid in the Tigray region and its neighbors of Amhara and Afar, according to the United Nations.

The conflict in northern Ethiopia erupted in November 2020, when Abiy Ahmed sent the federal army to Tigray to dislodge dissident authorities from the region, accusing them of attacking military bases.

Initially defeated, Tigray rebel forces regained control of most of the region during 2021, in a counter-offensive that spilled over into Amhara and Afar. They then retreated towards Tigray.