"Eternal pollutants": soon a method to get rid of them? 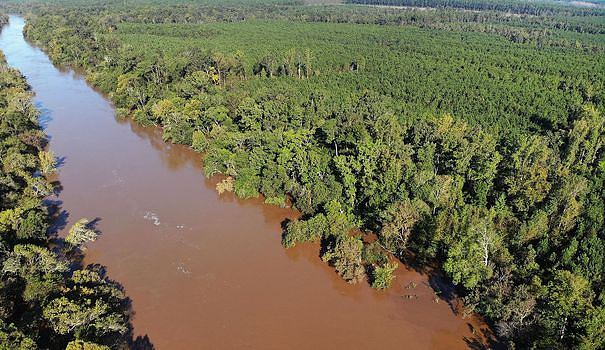 Packaging, shampoos, non-stick pans or even make-up... Perfluorinated chemicals, or PFAS, adorn the ingredient list of countless consumer products. The industry loves these molecule families. However, according to a study published last week, all of the rainwater on Earth is unfit for consumption, in particular because of the presence of these compounds which are toxic for living organisms and for humans.

Until now, PFAS were nicknamed the "eternal pollutants". Due to their composition, they persist almost indefinitely in nature and in living organisms. But since Thursday, August 18, the invincibility of the PFAS no longer seems so certain. Scientists have announced that they have found a relatively affordable and simple method to destroy these compounds which, above a certain dose, can cause cancer, fetal malformations, infertility or an increase in cholesterol levels, among other things.

The technique discovered requires relatively low temperatures and reagents common in industry. It was developed by chemists in the United States and China whose work has been published in the scientific journal Science. A surprise for the researchers behind this success: "It's exciting to see how simple and yet unknown our solution is", recognizes William Dichtel, researcher in chemistry for the University of Northwestern William and co-author of the 'study.

The scientists started from an observation: "PFAS have become a major social problem", continues William Dichtel in a press release. For decades, some American companies have dumped these products into rivers, contaminating many drinking waters and having to launch huge clean-up companies. In the United States, 97% of the American population has perfluorinated products in their blood, reports Northwestern University.

In France, recent discharges have been discovered near Lyon and are the subject of an investigation. But through their resistance, the PFAS are spreading outside of major scandals. According to a study published in 2019 by Public Health France, out of the thousand individuals observed, none had an organism spared by these molecules. But "even a very small amount of certain PFAS has negative effects on health", recalls William Dichtel. Many water filters have been set up to separate these products. But what to do next?

Until now, methods for getting rid of these pollutants have been particularly cumbersome, requiring very high temperature incineration or ultrasonic irradiation. Largely insufficient. "We can't just wait for this problem to be solved. We wanted to use chemistry to tackle this problem and create a solution that the world can use", explains the researcher. The resistance of PFAS results from the bonds between the carbon and fluorine atoms that compose them. These bonds are among the strongest known in organic chemistry.

Results: some methods used so far have proven to be counterproductive. "In New York State, we found that a plant claiming to incinerate PFAS was actually releasing some of these compounds into the air," Dichtel said. “Others have buried the compounds in landfills. This is the promise of seeing the problem reappear in 30 years, as PFAS are gradually spreading in the ground,” he added.

But the "eternal pollutants" have a weak point. At one end of their molecule, a cluster of oxygen atoms can be targeted by a solvent and reagent common in industry, at average temperatures of 80 to 120 degrees Celsius. "This causes the entire molecule to collapse in a cascade of complex reactions," says William Dichtel. The scientists then mapped all of these reactions, and the mechanisms triggering them. What better to know this method of destruction and potentially improve it.

While this discovery is important, it does not solve the PFAS problem. Because this technique works on only ten PFAS. However, 12,000 have been identified in the wild by the US Environmental Protection Agency. "There are other types of PFAS that don't have the same Achilles heel, but each has its own weak point," said William Dichtel, who promises to continue his efforts. "If we can identify it, then we will know how to activate it to destroy it."

If the method acts on the molecule, it is still necessary to succeed in filtering the latter from the waters and the organisms. At the same time, national institutions have therefore begun to regulate their use and monitor releases. The European Union plans, for its part, to eliminate them from consumer products by 2030. Do not pollute, rather than depollute.