Esken expects the end of the gas levy this week

In view of the increasing doubts in the coalition, SPD party leader Saskia Esken expects the controversial gas levy to end this week. 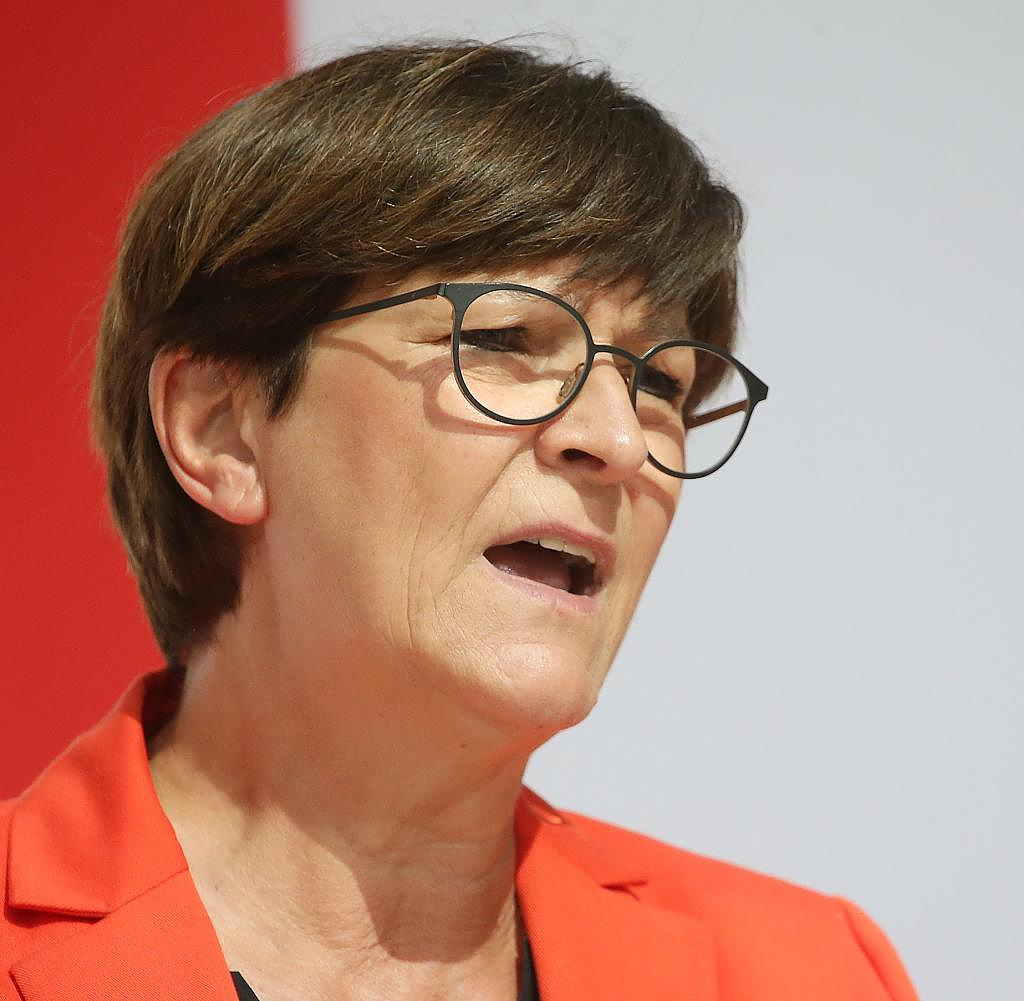 In view of the increasing doubts in the coalition, SPD party leader Saskia Esken expects the controversial gas levy to end this week. "I am firmly convinced that we will come to the end of the gas levy this week," said Esken on Sunday evening in the ARD "Report from Berlin". She also spoke out in favor of nationalizing the energy suppliers.

Federal Finance Minister Christian Lindner (FDP) had previously questioned the gas surcharge. Esken's co-leader Lars Klingbeil also saw the gas levy as "politically on shaky ground" and expected that its fate would be decided next week.

The federal government initially stuck to the gas levy despite the nationalization of the Uniper Group. It is to be paid by private households and companies from October to support energy companies that are now having to buy more expensively in other markets because of the Russian gas outage. However, the federal government is still examining whether the levy after Uniper's nationalization is constitutionally permissible at all. Federal Minister of Economics Robert Habeck (Greens) had expressed doubts here.

Esken emphasized in the "Report from Berlin" that "more state control" must obviously be exercised again on the electricity and energy market because it is about services of general interest. “Energy supply is the original duty of the state. We can't leave that to the market alone," she said. Since the market “is no longer working at all at the moment, state intervention is of course necessary,” emphasized Esken.

The deputy Union parliamentary group leader Jens Spahn (CDU) had previously criticized the traffic light government for its handling of the gas levy. "For weeks, the finance and economics ministers of the traffic light have been arguing publicly and are increasing the uncertainty in the middle of the crisis," Spahn told WELT. "The two should finally sit down and find a solution for the good of the country."

‹ ›
Keywords:
NewsteamEskenSaskiaSpahnJensGasumlage
Your comment has been forwarded to the administrator for approval.×
Warning! Will constitute a criminal offense, illegal, threatening, offensive, insulting and swearing, derogatory, defamatory, vulgar, pornographic, indecent, personality rights, damaging or similar nature in the nature of all kinds of financial content, legal, criminal and administrative responsibility for the content of the sender member / members are belong.
Related News