Errejón, acquitted of a minor crime of mistreatment for an alleged kick to a Lavapiés neighbor

The substitute judge of the Court of Instruction Number 16 of Madrid has acquitted the deputy of Más País Iñigo Errejón of the minor crime of mistreatment of which he was accused of allegedly kicking a neighbor from Lavapiés (Madrid) on the night of May 2 of 2022. 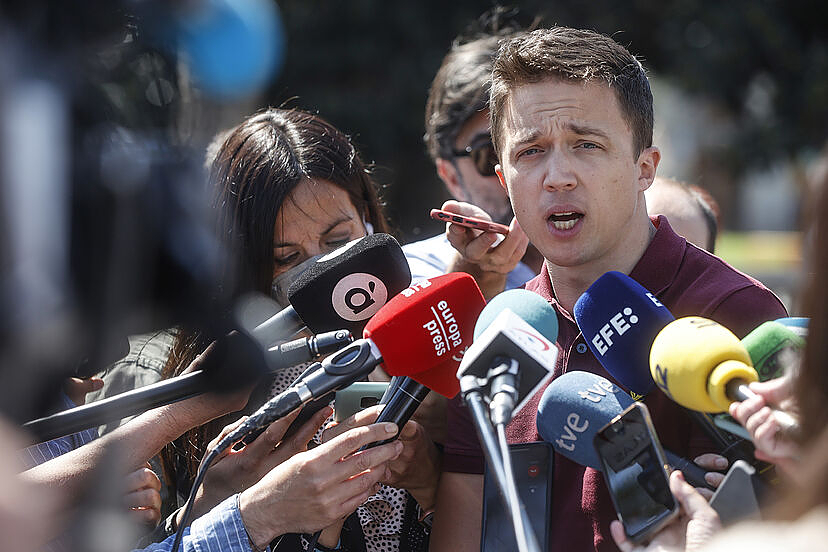 The substitute judge of the Court of Instruction Number 16 of Madrid has acquitted the deputy of Más País Iñigo Errejón of the minor crime of mistreatment of which he was accused of allegedly kicking a neighbor from Lavapiés (Madrid) on the night of May 2 of 2022.

In a sentence signed this Monday, collected by Europa Press, the magistrate Fernando Fernández has agreed to estimate the request of the Prosecutor's Office and the leader's defense to acquit him. Thus, he has concluded that after the test carried out in the trial - which lasted more than three and a half hours - it has not been "proved that the defendant kicked the complainant."

In line, he has assured that the statements of the witnesses -both those of the neighbor from Lavapiés and those of Errejón- "are clearly contradictory". And he has also highlighted that the video cameras in the area "do not shed light on what happened, despite the attempt to improve the images."

Likewise, he has pointed out that the audio recordings do not clarify the facts either because they are "subsequent" and that the forensic reports "do not show the existence of any medical consequence derived from the alleged kick."

In six pages, the judge has recalled that the Supreme Court maintains that "the presumption of innocence requires starting as a premise in the reasoning of the accused's innocence" and that the 'in dubio' principle requires an acquittal when, after having been assessed the whole ordeal, doubts about guilt remain.

Thus, it has dismissed the request of the complainant's lawyer, who demanded that the deputy of More Country be sentenced to a fine of 6,000 euros -100 euros per day for 60 days- and compensation of 1,500 euros.

Within the framework of the resolution, and in view of the allegations made by Errejón and the complainant about a possible crime of perjury, the judge has ensured that it has not been proven that any of the intervening parties has given false testimony in the trial.

"It is obvious that someone is not telling the truth, but not who, and therefore it is not appropriate to deduce testimony for the initiation of criminal proceedings," he said.

The judge has considered proven that on May 2, 2021, at 10:50 p.m., Errejón was walking down Calle La Fe in Madrid with a group of people and that, when stopping at a grocery store, he met the complainant.

According to the account of proven facts, the Lavapiés neighbor - who was accompanied by another man - asked him to take a picture together. "The defendant refused, the complainant insisted, and an argument ensued between them," reads the sentence.

From there, the resolution only considers it proven that the deputy and two of those who were with him left, as did the complainant's companion. There is no reference to the kick that the neighbor came to describe in the trial as "frontal" and "violent". Mention is made of the call to the National Police emergency telephone number to report the alleged kick and the subsequent complaint at the Madrid-Centro Police Station.

In the trial that was held on April 29, Errejón flatly denied the facts related to the alleged kick. "I have moved his arm away. I have never kicked anyone in my life. What I do is move my arm away, because I find it very offensive that a person to whom you have said no several times says: ' Come on, little red,'" he said.

The leader of Más País assured that, after his refusal, the neighbor began "to get very angry" and that a colleague suggested that they leave the place. "I get angry with my friend because on top of that I have to go. But why do I have to go?" He said, later adding that the man snapped at him: "Cabrón, I'm going to screw up your life."

Asked why he waited until Tuesday, May 4 to appear before the media about what happened, Errejón explained that it is on that day that he has a press conference in Congress. "If I had to be responding to what is published on digital ...", he indicated without completing the sentence.

The complainant, for his part, ratified the version he gave at the police headquarters and insisted that he kicked him that caused him "great pain." He denied that he addressed the deputy with insults or bad manners. And he assured that he does not have any kind of animosity against Errejón, although he acknowledged that he had tweeted against him on occasion.

As part of the trial, the man stressed that he had been anxious for a year and that the alleged kick had affected him in a hernia that he said he had. "I was very lucky, when I went to the doctor he told me: 'If you are 30 centimeters closer, your guts are on the ground,'" he said.