Pep Guardiola obviously had an understanding. 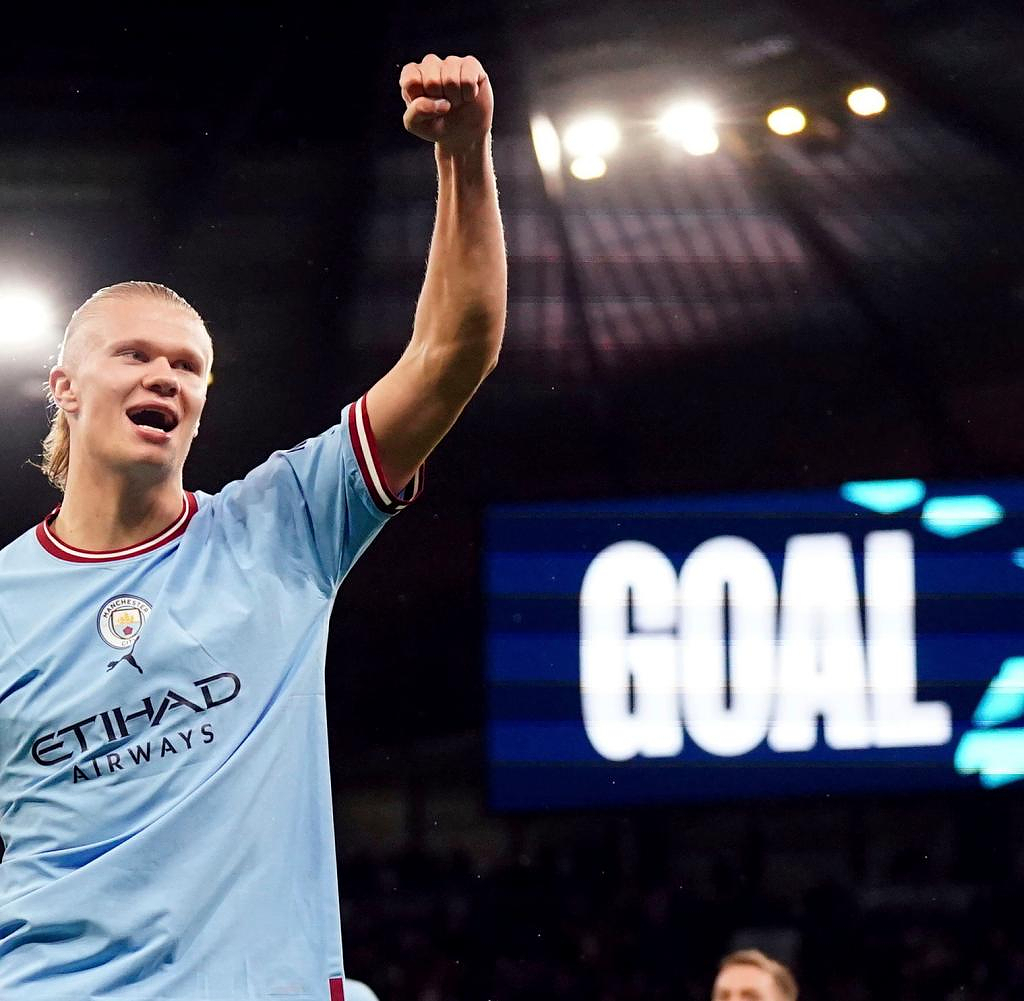 Pep Guardiola obviously had an understanding. When the FC Copenhagen players stepped onto the pitch of Manchester City's stadium after the half-time break, they breathed a sigh of relief. Because the opponent was missing one - City's coach Erling Haaland had replaced after 45 minutes. The first half was enough for the Norwegian to decide the game in the Champions. After two Haaland goals it was 3-0, after the restart City scored two more goals and easily won the game 5-0.

The superlatives are now missing for Haaland. "Should I be honest? I've never experienced anything like it in my life," England national soccer player Jack Grealish enthused about his teammates. Haaland scored his premier class goals 27 and 28 against Copenhagen and only needed 22 games to do so. “I just laughed at the first and second goal. He is always here. I hope he can continue like this and lead us to titles," said Grealish.

The former Dortmund striker has always scored at least one goal in the past nine competitive games. He scored 19 goals in twelve competitive games for Guardiola's team. That's not the only reason Copenhagen keeper Kamil Grabara was stunned. The Pole was defeated by the 22-year-old attacker in the 7th and 33rd minutes. "Their goalie said to me, 'He's not human,'" said attacking player Grealish.

A Copenhagen professional of all people prevented a hat-trick like in the 6-3 derby win against Manchester United on Sunday: David Khocholava steered the ball into his own net before Haaland was ready to score (39th). "He's incredible," coach Guardiola marveled at his goal machine. "He is loved by everyone."

At the break, Guardiola took his exceptional striker off the pitch – to protect himself. "If the game had been close, Erling would have continued playing," explained the ex-Bayern coach. "It was good that he got a break. Southampton FC are awaiting us on Saturday that we couldn't defeat last year."

In the Premier League, Haaland has scored 14 goals in eight games and is the undisputed top scorer. He also leads the premier class with five goals. "It's crazy to see how he scores the second goal," enthused even Copenhagen coach Jacob Neestrup, explaining: "Today we played against one of the very best strikers in the world."

‹ ›
Keywords:
Manchester CityChampions LeagueHaalandErling BrautFC KopenhagenPremier LeagueKriseFussballPep GuardiolaErling Haaland
Your comment has been forwarded to the administrator for approval.×
Warning! Will constitute a criminal offense, illegal, threatening, offensive, insulting and swearing, derogatory, defamatory, vulgar, pornographic, indecent, personality rights, damaging or similar nature in the nature of all kinds of financial content, legal, criminal and administrative responsibility for the content of the sender member / members are belong.
Related News