Environmental activists have the wax figure of King Charles III. 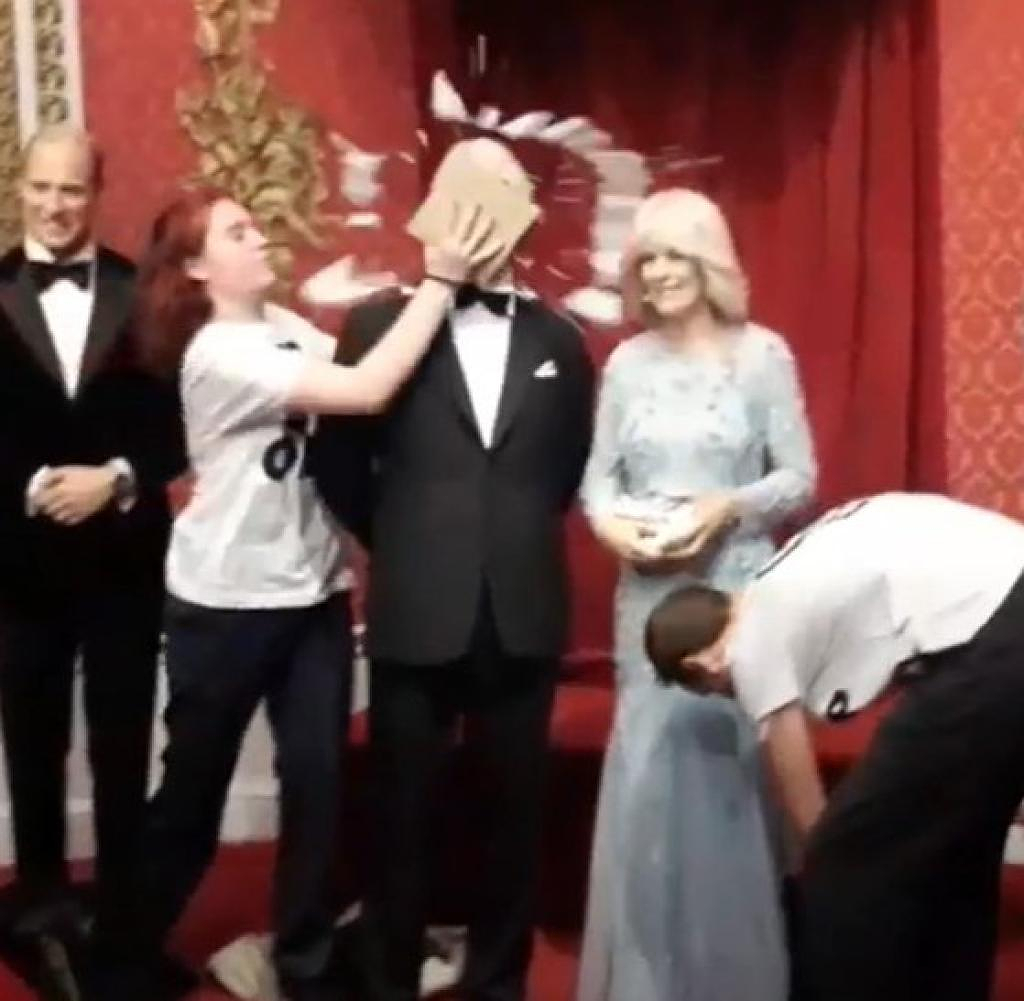 Environmental activists have the wax figure of King Charles III. pelted with chocolate cake at Madame Tussauds in London. As the group "Just Stop Oil" announced, two of its members crushed the cakes in the face of the wax figure of the 73-year-old monarch, who is considered a staunch environmentalist, on Monday. The police reported a total of four arrests.

A video of the group shows the two activists taking two cakes out of their bags and crushing them on the face of the wax figure. One of them exclaims: "The science is clear, the requirements are simple. Just stop the oil. It's child's play" - using the term "piece of cake".

A spokesman for Madame Tussauds confirmed the incident. According to him, the wax museum should remain open apart from the area with the royal family.

The group Just Stop Oil had staged various actions and blockades since the beginning of the month, including showering activists at London's National Gallery with tomato soup by Vincent Van Gogh's masterpiece Sunflowers. With her actions she wants to stop all new oil and gas projects.

On Sunday, two activists from the Last Generation group threw mashed potatoes at a painting by Impressionist painter Claude Monet in Potsdam's Barberini Museum. There have also been spectacular protests by environmental and climate activists in other cities.

‹ ›
Keywords:
NewsteamUmweltaktivistenMadame Tussaud(Wachsfigurenkabinett)TexttospeechJust Stop OilClaude MonetLondonCharles IIIVincent Van GoghWachsfigurPolizeiUmweltaktivistSchokoladenkuchenKrimi
Your comment has been forwarded to the administrator for approval.×
Warning! Will constitute a criminal offense, illegal, threatening, offensive, insulting and swearing, derogatory, defamatory, vulgar, pornographic, indecent, personality rights, damaging or similar nature in the nature of all kinds of financial content, legal, criminal and administrative responsibility for the content of the sender member / members are belong.
Related News