Enrollment record for the urban camps' start, with 500 applications

As can be seen from the high number of registrations, the Department of Sports has started summer activities with a positive balance. 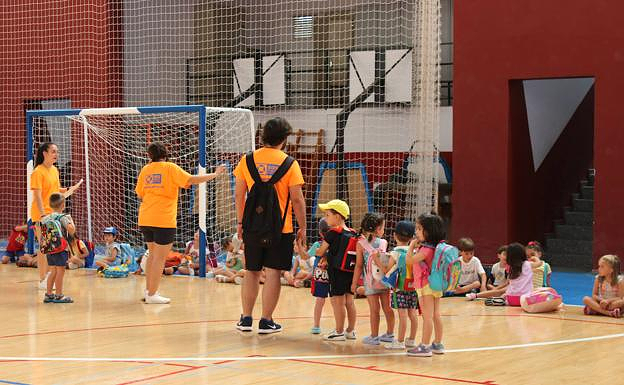 As can be seen from the high number of registrations, the Department of Sports has started summer activities with a positive balance. Pedro Jesus Lopez, the branch councilor, stated that for the first six months of July, 500 applications had been received for urban camps. These included 48 for children's swimming (5 year olds), 32 for swimming school (6 to 14 years), 13 for adult swimming (15 years and over), and 130 for aquagym.

The mayor said that records were broken in urban camps for the past fortnight, which is a municipal service that seeks to reconcile work and family, and promotes the revitalization of and socialization for minors in the summer.

Since the Sports Service did not want to disappoint parents who had relied on the City Council for their children's safety, it has worked hard to prepare for this fortnight. The number of available places has increased, and those families on the waiting lists have been called. He stated, "We want to assist those families that are having trouble reconciling after the school year ends," and added that this historical figure is proof of the effective, efficient, and decisive management of this municipal service.

Pedro Jesus Lopez reported, as well, that the Department of Sports had partnered with the Brotherhood of Friends of the Meritorious Civil Guard Corps. This means that eight children of Ukrainian descent, who are already living in the town, will be able to participate in the summer camps and share a home with the other minors.

The mayor thanked the representative of these children from the city, who is Ukrainian but is closely connected to the aforementioned association. He also acknowledged Fernando Gamez, Habecu's president, for his mediation.

The Councilor for Sports emphasized that Ubet has been supportive of the Ukrainian people from the beginning and has offered its assistance to them. This is just one example. The Department of Sports will cover the cost of eight registrations. This is to ensure that the boys and girls can take advantage of the summer months and enjoy the camp opportunities with other children in the city. It also aims to make them feel welcome by Ubeda, taking into consideration their current circumstances.

‹ ›
Keywords:
RecordInscripcionesInicioCampamentosUrbanosSolicitudes
Your comment has been forwarded to the administrator for approval.×
Warning! Will constitute a criminal offense, illegal, threatening, offensive, insulting and swearing, derogatory, defamatory, vulgar, pornographic, indecent, personality rights, damaging or similar nature in the nature of all kinds of financial content, legal, criminal and administrative responsibility for the content of the sender member / members are belong.
Related News