In all Christmas Lottery draws the Tax Agency is the most blessed by the designs of Fortune. 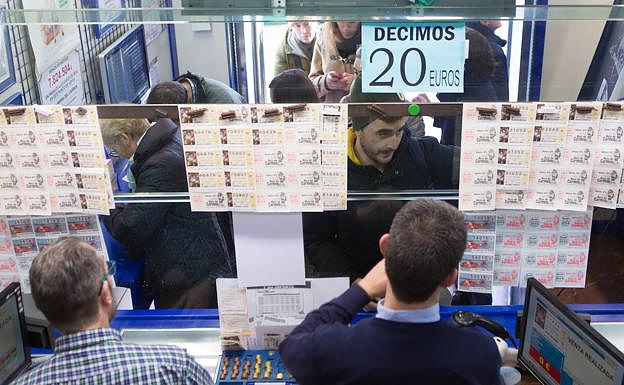 In all Christmas Lottery draws the Tax Agency is the most blessed by the designs of Fortune. It was able to enter 188 million last year thanks to the refunds of non-awarded tenth winners, and the tax reform of 2013, in which the first 2,500 euro of each prize was exempted from taxes. This decision was changed by the most recent approved budgets.

Josep Manuel Iborra (President of the National Association of Provincial Associations of Lottery Administrations) says that almost 60% of prizes paid by State Lotteries and Bets are exempt from tax. The Gordo, which is endowed with 400,000 Euros, is an example of the highest prize. This amount must be subtracted the 20,000 exempt from tax. The Treasury will apply 20% tax (which has not changed) on the remaining 380,000 euro. The winner will receive 304,000 euros plus the 20,000 exempted and 76,000 euros to public coffers.

Last thing. When the prize is collected, the Tax Agency will take its part. It is recommended that you mention that you were awarded a prize in your income tax return.

‹ ›
Keywords:
AlegriasPremioGordoNavidadImpuestos
Your comment has been forwarded to the administrator for approval.×
Warning! Will constitute a criminal offense, illegal, threatening, offensive, insulting and swearing, derogatory, defamatory, vulgar, pornographic, indecent, personality rights, damaging or similar nature in the nature of all kinds of financial content, legal, criminal and administrative responsibility for the content of the sender member / members are belong.
Related News