The "Blackpool Illuminations", which illuminate the seafront for more than nine kilometers from September until the beginning of January, attract some 3. 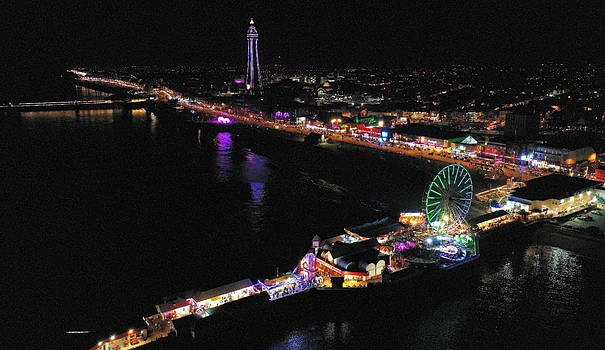 The "Blackpool Illuminations", which illuminate the seafront for more than nine kilometers from September until the beginning of January, attract some 3.5 million tourists every year.

But after the Covid-19 pandemic, the festival is now suffering from the war in Ukraine and the rise in energy prices it has caused.

In fact this year, organizers wondered if it was wise to switch on a million light bulbs when inflation exceeds 10% in the United Kingdom.

But "it's unthinkable not to have our autumn illuminations," said Ivan Taylor, deputy to the city council, to AFP. "In terms of tourism, it's very, very important."

Blackpool claims to be the first UK town outside of London to introduce permanent electric street lighting, with eight arc lamps as early as 1879, shortly before Thomas Edison patented his light bulb concept.

With interruptions during the two world wars, the illuminations have become an annual event since a royal visit to the city in 1912.

But the show is expensive: some £1.7million (£1.9million) to maintain and run, estimates for 2022, says Mr Taylor. A figure set to increase further next year with the rise in energy prices.

Some therefore wonder if it's worth the cost, predicting that the cost of living crisis will cause visitor numbers to drop while rising prices put many businesses in difficulty.

"I know it brings in a lot of tourists but at the same time, we have to balance that with the price it costs," said Jo Berry, a young man in his forties from Manchester who came to see the lights.

"I just hope that we will get through the winter and that the weather will continue to be mild because it has been particularly hot for the moment," she adds. "Hopefully it will stay that way because a lot of people can't even turn on their heating."

Meanwhile, the manager of Blackpool Winter Gardens performance and concert venue, which is owned by the council and plays an important role in the festival, has offered to close on the quieter days of the season to save some money.

But the city refused, saying it would send a negative message to tourists.

"You can see what the lights do for Blackpool's economy," said Chris Wheeler, a pensioner who visited the town with his wife. He usually comes in September, when the seaside resort is "crawling with people".

"If everyone spends a few hundred pounds, that's a lot of money for Blackpool," he said.

Over the years, the city has made sure to reduce the cost of its big show, for example choosing to use less energy-consuming LED bulbs.

In 2004, wind turbines helped power the festival for the first time and today the show relies entirely on renewable energy sources, according to the city council.

In the UK, market prices for electricity - even when it comes from renewable sources - depend on the price of gas because it is gas that is always used as a last resort when demand exceeds supply.

Consequently, even customers who purchase renewable energy are affected by rising energy prices.

For Mr. Taylor, the organizers of the festival "will save money elsewhere" if energy prices were to rise too much. But for him, "the return on investment is worth it".

Tourists "all spend money when they come. So it's good for us, and good for them because they're having a good time," he said.