Post a Comment Print Share on Facebook
Famagusta
DOLLAR 18,65
EURO 19,70
GOLD 1.083,30
BIST 4.962,97
These tips will help you become the perfect reader
Polars: nine nuggets to offer at Christmas... but not to just anyone!
The secret of the Pfister siblings
Back to the Stone Age? The abolition of agriculture
The most beautiful Christmas film without Christmas
FDP demands fundamental reform of public service broadcasting
Schlesinger planned the RBB "Digital Palace" for 311 million...
The failure of the totalitarian no-Covid idea - and the silence of its...
The failing state and its new theaters of war
Schlesinger planned the RBB "Digital Palace" for 311 million...

Energy renovation: why MaPrimeRénov' is the subject of a fierce political battle

The action may seem paradoxical. 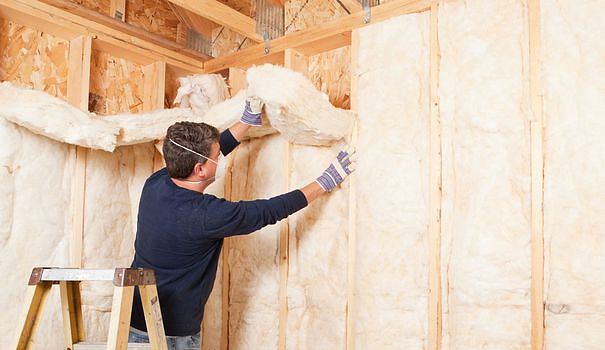 The action may seem paradoxical. The oppositions of the left and the far right joined during the examination of the draft budget, Wednesday, October 31 in the Assembly, to vote against the opinion of the government on financing of 12 billion additional euros in favor of the energy renovation of housing via the MaPrimeRenov' scheme. Two amendments, tabled by environmental and socialist groups to add 6.85 and 5 billion euros respectively in credits, were thus supported by the National Rally.

And yet, MaPrimeRénov', created in 2020 to simplify access to energy renovation by offering a one-stop shop for information and support, is regularly criticized for its inefficiency. And especially by the oppositions themselves. The Minister of Ecological Transition, Christophe Béchu, has also pointed to the lack of "consistency" of voters, who according to him are adding "billions of euros to a device which [they say] does not work. ."

“Of 700,000 bonuses granted in 2021, only 60,000 dwellings are the subject of a global bonus [allowing access to the “low consumption” label, Editor’s note]’, however justified the deputy of France Insoumise Clémence Guetté to the Assembly on Wednesday evening.A figure far from the objective set for the government in its National Low Carbon Strategy, which provides for carbon neutrality in the sector by 2050. To achieve this goal, the NégaWatt institute indicates that 21.5 million "complete" renovations of housing via these global bonuses, i.e. 700,000 per year. Hence this request for a budget extension launched by the left. Buildings today constitute an essential lever in the energy transition, since they are responsible for 40% of the country's final energy consumption.

In the Assembly, the battle around this subject has been raging for several weeks. Already, in mid-October, another amendment passed by the opposition provided for the creation of a tax credit, without setting a threshold or rate. A way to fill in the gaps of MaPrimeRenov'. From now on, the oppositions are betting instead on an XXL envelope for the device. Even though its operation has many limitations.

“We have to ask ourselves the question of the meaning of continuing to finance this system in the same form, which is not very coherent”, estimates Adèle Sébert, economist specializing in the question of energy poverty. "Today, the financing granted to households is used to carry out an average of 1.2 "gestures" of renovation rather than going towards a global renovation. In 86% of cases, it is to finance a new mode of heating, without necessarily consistency with the rest of the work. Sometimes the priority would be to redo the roof, or the insulation...", she explains.

Oppositions and researchers are not the only critics of this tool. On October 28, the Court of Auditors had very severely crushed in a summary note its balance sheet after two years of activity. She denounced in particular French administrative inconsistencies, such as town planning rules which lead certain communities to "prohibit energy renovation work in city centers or around historic monuments". "There is a lack of strong and effective management and an efficient public support service", she still lamented. In 2022, however, 1,800 advisers were deployed in France as part of the new public renovation service France Rénov ', "who welcome our fellow citizens everywhere on the national territory to answer their questions and help them in their projects", argued Elisabeth Borne in her response to the Court of Auditors.

But other malfunctions were also pointed out by the Defender of Rights Claire Hédon, concerning access to the services of MaPrimeRénov '. This indicates that it has been seized "nearly 500 times in two years for complaints concerning an impossibility to create an account or a file, to file the supporting documents online, to modify the elements of the file and finally to start the work. ...". Pending the payment of the premium, which can reach several thousand euros, "some households have been obliged to take out bank or family loans to finance the work and pay the craftsmen", even indicates the Defender of Rights.

If it is very likely that the majority will resort to 49.3 in order to rule out this substantial budget increase, the question of the means allocated to the energy renovation of housing is likely to quickly return to the benches of the Assembly. Or more simply, in public debate. According to the Institute of Economics for the Climate, some 35 billion euros of investment will be necessary between now and 2030 to achieve the objective of carbon neutrality in buildings set by the National Low Carbon Strategy.