Like its European neighbours, the state will continue to spend billions of euros to mitigate the impact of the crisis. 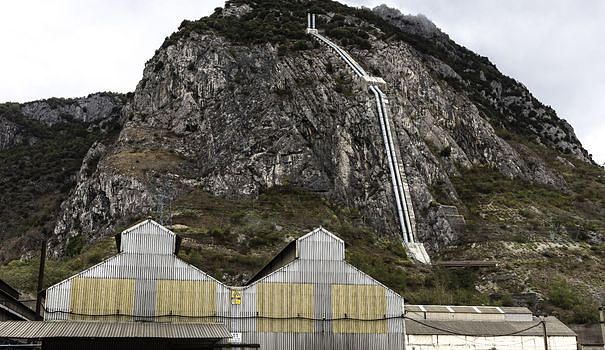 Like its European neighbours, the state will continue to spend billions of euros to mitigate the impact of the crisis. An exceptional energy check will be paid at the end of the year to 40% of households, or 12 million households: 200 euros for the lowest 20%, and 100 euros for the other 20%.

In the first version of the tariff shield, the regulated electricity tariff had increased by 4% in February 2022, and that of gas had been frozen at the level of October 2021. Not only households, but also condominiums, housing social, small businesses and the smallest municipalities, about two thirds of them according to Elisabeth Borne, will benefit from this tariff capped at 15% next year.

Without this "shield", prices would have increased by 120% according to the government. The State will pay the difference: it will cost it 45 billion euros "gross" in 2023, but 16 billion euros "net", after 29 billion euros in payments from companies producing renewable energy.

If the head of government expressed her fears in the event of a “particularly cold winter combined with supply difficulties”, she insisted on the fact that “in the most probable scenarios, if everyone takes their responsibilities and does proof of the necessary sobriety, there will be no cuts".

For those who heat with oil or wood, aid voted this summer in Parliament will be paid by the end of the year.

The government, on the other hand, recalled that no specific food check was planned soon, but that it was not closing the door to the extension of a discount on each liter of fuel next year.

Marine Le Pen, head of RN deputies, denounced on Twitter a "double penalty for the French" who will "suffer a 15% increase in electricity and gas prices and on the other hand, they will have to pay by their taxes, the tariff shield."

"Announce 15% increase in gas and electricity prices without increasing wages, you had to dare!" protested Fabien Roussel, leader of the PCF. Same tone of the deputy LFI Manuel Bompard who castigates a government making "pay the people and the State to spare the ultra-rich and the profiteers of the crisis".

Under the effect of the war in Ukraine, the flow of Russian gas to Europe has dried up, which raises fears of shortages in the winter and causes a surge in prices on the markets. However, it is gas prices that lead to electricity prices.

The operator of the French gas network GRTgaz had already wanted to reassure on Wednesday morning about France's ability to "cope" with gas demand during an "average winter", while developing its exports to Germany from mid-October.

Reserves in France are now 95% full.

The operator of the RTE electricity network warned on the same day that the "risk of cuts cannot be completely excluded", but "it could be avoided by lowering national consumption by 1 to 5% in the majority of cases, and up to 15% in the most extreme weather situations".

For companies, communities and individuals, this means reducing or postponing the consumption of heating, lighting or cooking, especially during peak consumption, between 8:00 a.m. and 1:00 p.m. and between 6:00 p.m. and 8:00 p.m.

“In no case does France run a risk of losing total control of the electricity system,” said RTE.

France's problem is that 26 of its 56 nuclear reactors are shut down due to work or corrosion problems. EDF reiterated on Wednesday that the shutdown reactors would reopen during the winter, once maintenance operations have been completed, but any delay in these restarts would increase the risk of cuts.

The French government therefore insists on the necessary sobriety of companies and individuals, and will launch its promised communication campaign on October 10, under the slogan "every gesture counts".

An effort of sobriety that will undoubtedly have to be continued beyond this winter: EDF, which has made public an external audit intended to reduce its maintenance times, will still have many sites to manage next winter and... until 2025.