Endless trouble - why Postbank customers still have to be patient

In a good mood through the winter. 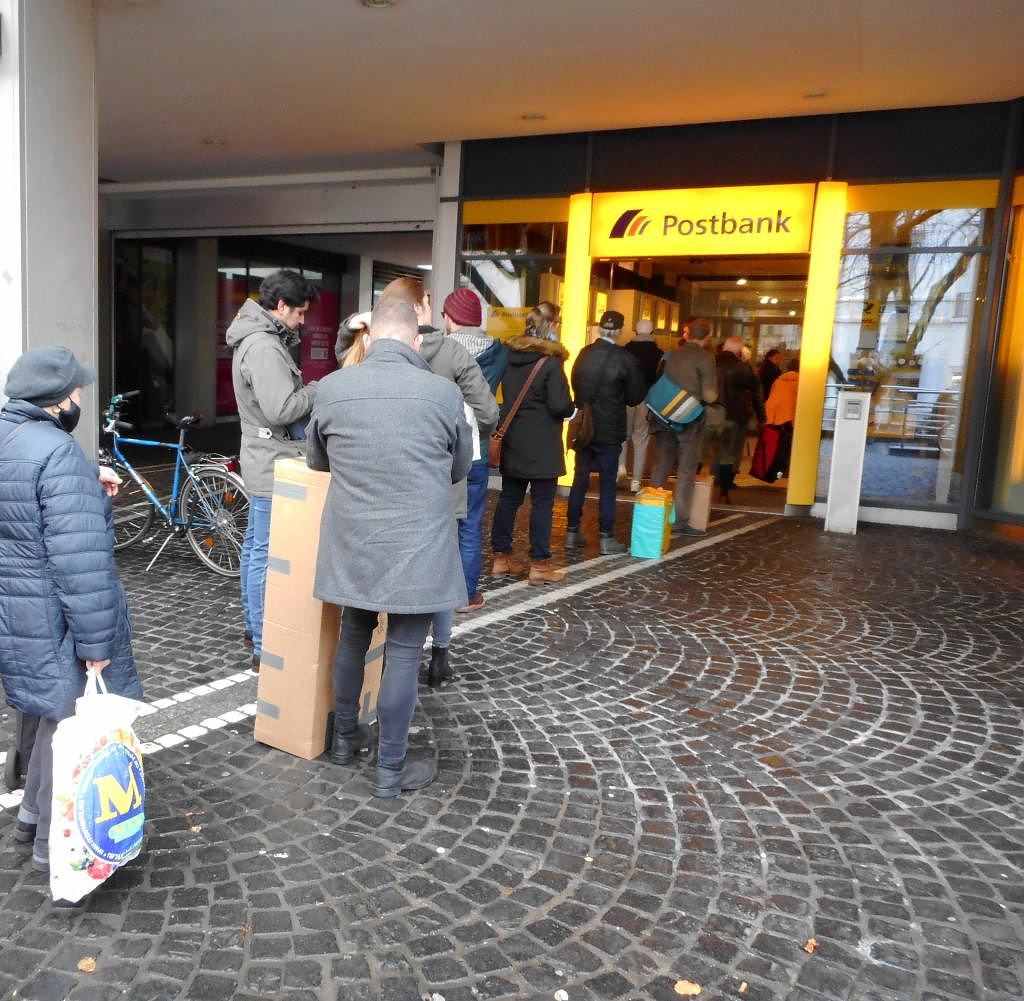 In a good mood through the winter. The motto with which Postbank advertises its personal loan extensively on its website currently sounds like sheer mockery for some of its customers. After all, they currently associate one thing above all with their bank: enormous trouble.

They've been airing it on social media for days. On Twitter, for example, a number of customers complained on Thursday that not all of their accounts were visible in online banking. The BestSign security procedure is said not to have worked either.

Others reported being unable to transfer money from checking and money market accounts. The fact that the bank's customer service promised a remedy soon did not reassure those affected. In fact, at least some of them may have to face the inconveniences for a longer period of time.

Customer resentment is the result of one of the largest relocations in German banking history. The data of around four million private customers migrated over the New Year from the previously separately operating IT systems of Postbank to those of Deutsche Bank.

The transfer is one of the final stages of a record-breaking integration process. Proud 15 years after the takeover, both banks should finally grow together completely. Switching off the Postbank IT should save costs of 300 million euros per year.

IT projects at banks are considered to be particularly complex - and in the past have often ended in failure. A first attempt at the technological incorporation of Postbank cost Deutsche Bank billions years ago - and was finally stopped without result.

There was another reason why Postbank employees were particularly skeptical before the deadline. Because while they operated on the basis of a relatively modern SAP system, Deutsche Bank is still rumbling along in a jumble of decades cobbled together.

In view of these signs, the transfer is considered a success, despite customer complaints. Deutsche Bank speaks of an "important milestone" and a "successful migration." It went "unexpectedly well", says an insider. "The employees gave their all, it was worth it," says another.

Of course, the problems are annoying, and the bank was able to communicate better with customers. However, he assumes that the defects should be corrected in a few days. Officially, the bank declares that the problems have already been solved. The difficulties that are currently occurring are the result of "individual configurations" - and will soon be eliminated.

Until then, employees who come into contact with customers are under considerable stress. According to a Postbank employee, he is also great because he and his colleagues were not adequately prepared for all eventualities. "There should have been more training," he says. The bank says it has trained thousands of employees since March 2022.

In addition to customer inquiries, changed internal processes are currently causing confusion, for example when there is a change of address, says an insider. Foreign transfers are no longer processed via Frankfurt, but mainly via Deutsche Bank's presence in India. Research could therefore be more complex. And delay accordingly.

Some customers would also have to live with inconveniences for a longer time. Credit card transactions, for example, can initially only be viewed via a specially set up platform - with separate registration and the outdated SMS TAN security procedure.

And customers who are connected to the institute both for business and private purposes now first need two separate access points to online banking. Before integration, one was enough.

This is only likely to change again when the data of the 3.6 million Postbank corporate customers have found their new home in the Deutsche Bank systems. So far, the transfer is planned for the end of June, says an insider. The bank confirms this.

However, the data situation here is again significantly more complex than for private customers, and the requirements for the transfer are correspondingly higher. Internally, many employees therefore expected the move to be postponed again, probably in the third quarter, says an insider. "Hardly anyone here believes in June anymore," he says.

‹ ›
Keywords:
TwitterDeutsche BankApple PodcastAmazon MusicKapalschinskiChristophSexSAPPostbankGLS BankGirokontenOnlineBankingITServicesITSpezialistenLogo Postbank
Your comment has been forwarded to the administrator for approval.×
Warning! Will constitute a criminal offense, illegal, threatening, offensive, insulting and swearing, derogatory, defamatory, vulgar, pornographic, indecent, personality rights, damaging or similar nature in the nature of all kinds of financial content, legal, criminal and administrative responsibility for the content of the sender member / members are belong.
Related News